New Lindbergh High School could be built by 2023 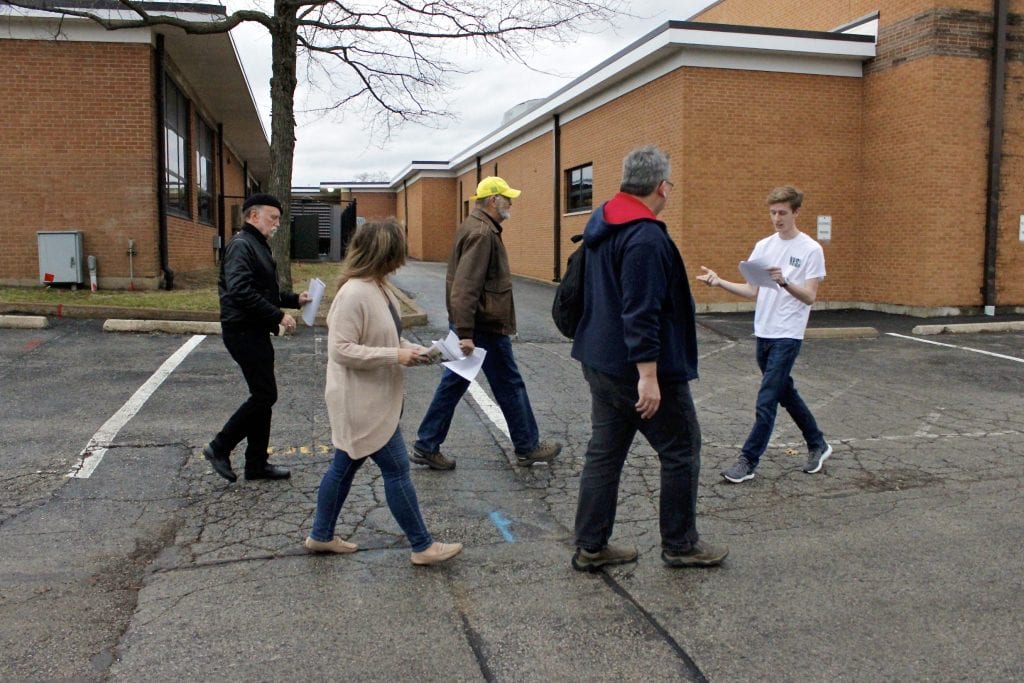 Lindbergh Schools supporters are celebrating voter approval of a bond issue to build a new Lindbergh High School, but the district has years of work ahead of it to make the new school a reality.

The bond issue will also create what the district is calling “safety equity” with districtwide safety vestibules at front entrances to Kennerly, Crestwood and Long elementaries and both middle schools, Sperreng and Truman.

The new high school will be built at the same site at 5000 S. Lindbergh Blvd. The state-of-the-art new school will reuse some buildings and construct entirely new ones around them, connecting them all together in a way that the current high school is not. The current “California-style campus” with disconnected buildings is seen by the district as a security risk, and voters agreed.

“My sincere thanks goes out to our community members who recognized the value in creating safe, secure and future-ready schools for all Lindbergh students,” Superintendent Tony Lake said in a news release. “I’d also like to thank our volunteers who worked so hard to make Prop R a success.”

But there won’t be a new Lindbergh High School just yet. The process could take up to five years, or four in the best-case scenario, with construction finished in the fall of 2023. Construction will happen while students are still on campus.

The district is now diving headfirst into making it all happen.

Lake previewed the extent of the work ahead while speaking to the Crestwood-Sunset Hills Kiwanis Club about the bond issue Feb. 22.

Noting the extent of the work needed to get the new high school off the ground, Lake said that if the bond issue passed in the election April 2, “April 3, we’ll pick back up the work, may even start after the vote if we think we need to.”

He jokingly added of his fellow administrators, “I’ll at least let ‘em sleep one night.”

Residents won’t see much action at the site of Lindbergh High School for awhile, because the work will be happening behind the scenes.

“For about 12 months to 14 months, you’re not going to see anything exciting,” Lake said.

The district will be relocating utilities and preparing the site to build.

Then as many classes and students will be moved into the brand-new building as possible so that construction can turn to renovating the existing three-story T building. That renovation will take about 13 months.

Another current building will be reused where the current attendance office is — Lake refers to it as “the pancake” — and will take 10 months to remodel.

If the renovations of the T building and the pancake can overlap, the project could finish a year early with only 16 months of construction for those two buildings. If not, construction would finish in fall 2024.

“Four years from this fall is my hope, that’s realistic. It’s realistic, but I know this is a large project. The shorter we make it, it helps drive costs down, the longer we extend it, it just goes like this,” Lake said, gesturing up.

But at the end, residents will get a dramatic payoff.

“It’ll be kind of like ‘Extreme Makeover,’” Lake said. “Move that bus — move that building. We’re going to knock it down that last summer, and you’re going to be able to see the whole new high school when you come up.”

The district invites the community to learn more and follow Prop R progress at a dedicated website at go.lindberghschools.ws/PropR.