New Affton precinct will be at site of Sappington Garden Shop 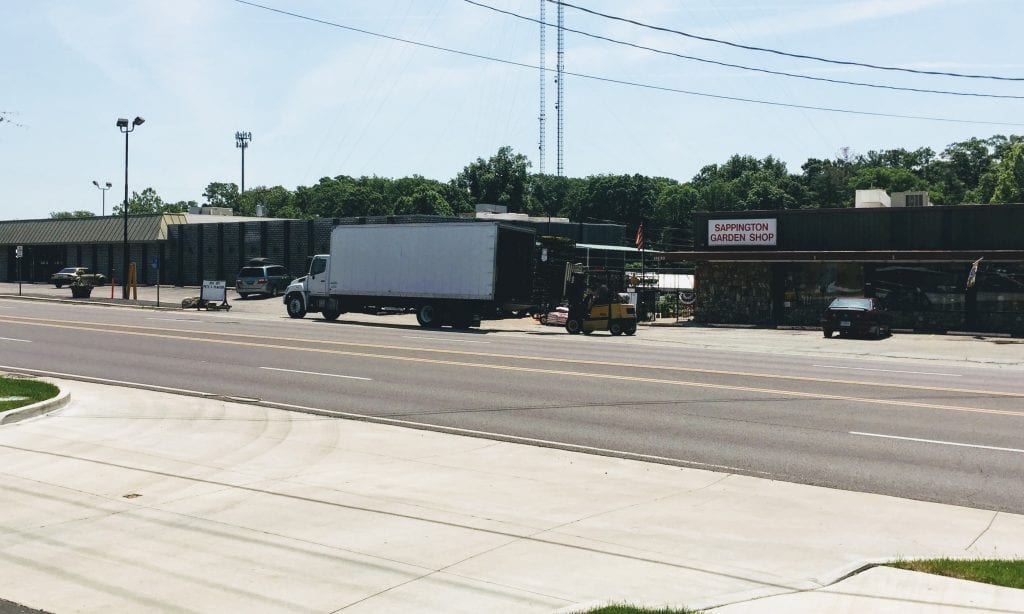 The county is under contract to buy land for a new Affton Southwest Precinct at the site of the Sappington Garden Shop across from Lindbergh Schools’ new Central Office, officials first publicly revealed Tuesday.

The St. Louis County Port Authority has already contracted to buy the 7-acre site of Sappington Garden Shop, and plans to use four acres for the new precinct and sell the rest, county police Chief Jon Belmar told the County Council in a meeting of the council’s Capital Improvements Committee Tuesday.

The current precinct is directly in the heart of Affton at 9928 Gravois Road, but the new larger precinct would be in the unincorporated area commonly referred to as Sappington, with a 63126 ZIP code.

The new site, on 4.1 acres and five parcels at 11448 through 11530 Gravois Road, is 2.6 miles and a five-minute drive down Gravois from the original location.

Construction could begin as early as next year.

Sappington Garden Shop opened at the slated site in 1967. It is still currently open for business, and deliveries of garden supplies were still being made Wednesday morning.

The site is at the intersection of Gravois and Sappington roads next to a Walgreens and across from Lindbergh Central Office, which is itself at the former site of Johnny’s Market. The site is almost directly across the street from the Sunset Hills city line, and the Crestwood city limit is also nearby.

As part of the Proposition P countywide sales tax, Belmar and County Executive Steve Stenger pledged to replace the aging Affton precinct, along with the cramped North County Precinct. The Affton building, known as the 3rd Precinct, has had no room to grow in the last four decades as the department needs more space and a bigger parking lot.

The council previously approved $1.7 million of Prop P funds to be issued as bonds for both precincts. But that cost is running about 5 percent higher, Belmar said.

“When voters overwhelmingly passed Proposition P last year, we promised a portion of proceeds raised by the public-safety sales tax would fund a new police precinct in south county,” Stenger said in a statement. “The county has selected an architectural firm and are in the process of finding an appropriate location. Construction should begin early next year. We want to thank south county residents for their continued support of law enforcement. We are confident the new precinct will be a valued addition to the community.”

The council is considering a bill that would hire Mitchell and Hugeback Architects for the design of the new building.

The need for a move for the Affton Southwest Precinct is “long overdue,” said 6th District Councilman Ernie Trakas, R-Oakville, who represents a significant portion of the precinct’s coverage area.

“The current police station I believe has been in operation since the 1970s, and to say it is antiquated doesn’t even begin to approach an accurate description,” Trakas said. “It’s too small, out of date. It’s needed.”

Before the council got a look at the plans, Belmar met with the two council members who represent parts of Affton, Trakas and 5th District Councilman Pat Dolan, D-Richmond Heights, to go over the move.

Trakas declined to comment after the meeting on why the Port Authority is involved in the purchase of land for a police precinct, but hinted that questions might have been asked in closed session about the issue.

The county examined four potential locations for the new site, Belmar said. St. Louis County Police Association President Joe Patterson had previously said that the county was looking at land in the area of the current precinct at Gravois and Tesson Ferry Road.

Some of the locations were at the county’s preferred price point but weren’t desirable in other ways, Belmar added. At the garden shop site, the county can have more than 100 parking spaces, far exceeding the cramped capacity at the current Affton location.

Sheila Sweeney, head of the Port Authority, was in attendance for the closed session but left before the council meeting.

Trakas said that no substantial votes were taken in closed session, only motions to adjourn.