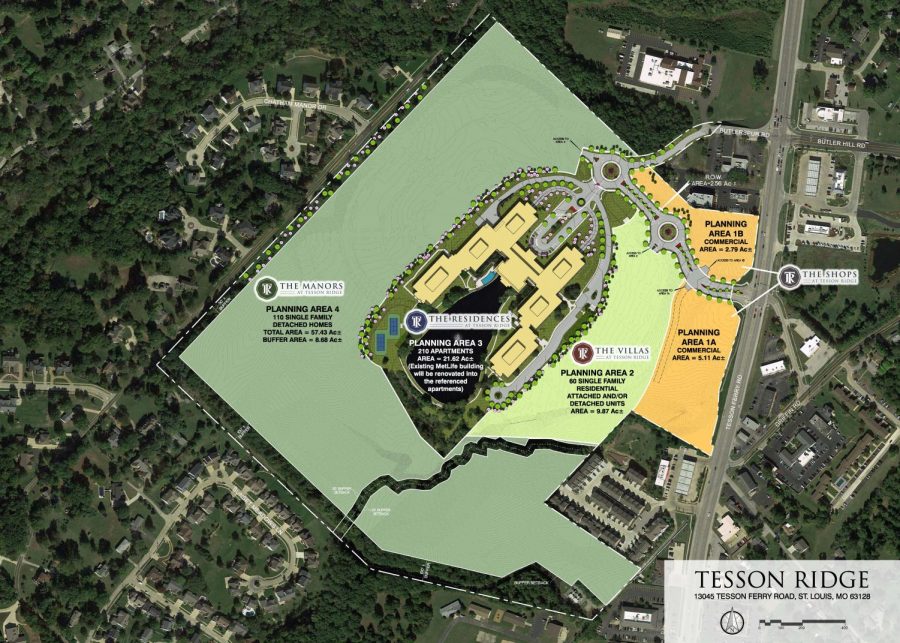 The “Tesson Ridge” redevelopment proposed for the 100-acre former MetLife Building along Tesson Ferry Road is up for St. Louis County zoning, with a response from neighbors that ranged from full support to concern about the impact of a large residential development.

The land size and scope of the project between Tesson Ferry and Keller roads, called “Tesson Ridge,” makes the mixed-use project one of the largest developments in South County history — larger in size even than the Crestwood mall site, which is also the subject of a pending mixed-use redevelopment proposal. The Crestwood site is roughly 47 acres.

The videoconferenced public hearing, which was held with five days of public notice rather than the typical three weeks, saw two residents speaking in support of the development and three with concerns, including an attorney for a neighboring subdivision.

Neighbor Nancy Adkins suggested that Propper build the commercial parts of the development in St. Charles instead.

“I don’t understand the push for the luxury communities and just simply put, the project is too dense for our area,” Adkins said at the hearing. “I think a more moderate approach would be more in order, using half and leaving half.”

But Bill Kramper, a trustee of Sunset Meadows subdivision, said that he supports the development: “I think this 100 acres is as good as it’s going to get and I sure would like to see it happen now.”

Former Planning Commission member Jim Lang, who lives nearby, told his former colleagues that the proposal was a “beautiful plan”: “Repurposing the MetLife office building is an excellent idea and could be something that people look at in the future as we repurpose things coming out of the pandemic. It’s an excellent use of that building, it looks like to me like that building takes in a lot of the views of the lake and really builds the assets of the property while keeping a buffer away from us.”