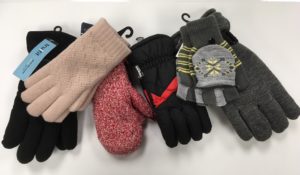 Between 700 and 800 coats and other winter clothing were collected this year for St. Louis Public Schools students as part of a winter wear clothing drive, thanks in part to Lindbergh Schools.

Dr. Mary Saale, who organized the drive, started the program over 20 years ago, collecting donated items from patients at her chiropractic office. In the early days, Saale would collect around 100 items, but after partnering with Lindbergh Schools last year, donations soared to nearly 800.

Saale works in conjunction with Toys for School Kids, a toy donation program run by Mike Raeber. He takes the coats to the schools where he does his toy dropoffs.

“I appreciate the generosity of the school district and how they jumped up to the plate for me,” said Saale, who also thanked the other volunteers who gave their time.