Murphy pushes for shots at a South County event 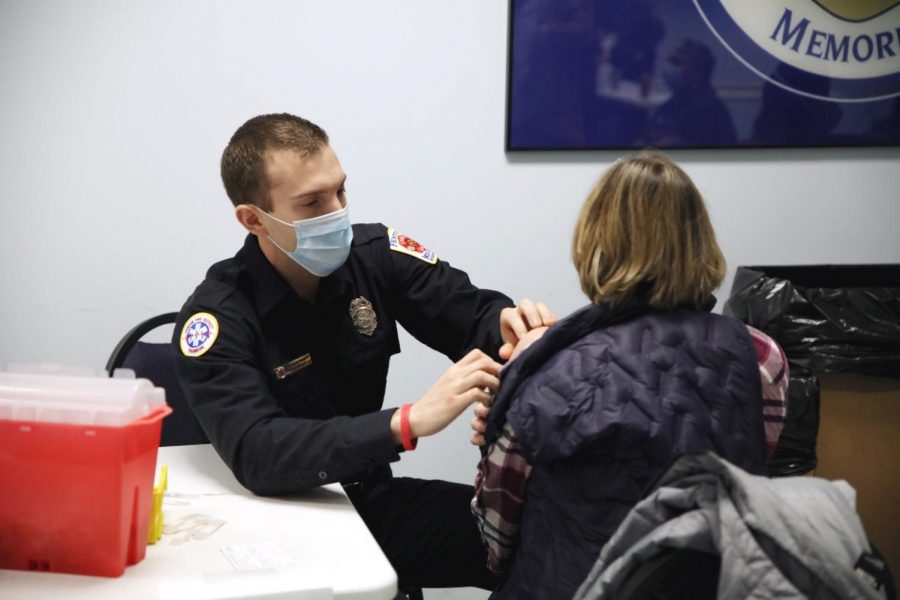 With more COVID-19 vaccine supplies available from the state and federal government, a legislator is pushing for the county or state to hold a mass vaccine event in South County — seemingly the only area on the Missouri side of the St. Louis region that is not yet scheduled for a mass vaccine event.

The county opened a mass vaccine site at the Florissant Valley campus of St. Louis Community College weeks ago, and has since started a series of mass vaccine events at the North County Recreation Center. The county will also hold a “mega” vaccine site this weekend in collaboration with the state at the Greensfelder Recreation Center in Queeny Park in West County. The state is also holding events in St. Louis city and St. Charles at the Family Arena.

Within a day, Murphy approached the Mehlville School District — where his two children Jamey Murphy and Katy Eardley have served in the past as members of the Board of Education — and secured a commitment from the district to provide Oakville High School as a mass vaccination site. The district used the high school as the location of its own mass vaccine event for its teachers and staff last Friday.

Page wrote back to Murphy noting that the county would look at the site and others for mass events but is also giving out hundreds of shots at smaller mass vaccination sites at the Mehlville and Affton fire districts.

To Murphy, that response wasn’t enough. He took to social media and received hundreds of offers from nurses and volunteers, so he doesn’t believe that the South County site would take any resources from other sites or have to be delayed to find people to hand out shots.

Unhappy with the response from Page, the legislator said he will be literally knocking on Gov. Mike Parson’s office door this week when Murphy returns to Jefferson City, asking for a state-run mass vaccine site in South County.

“It is frustrating to everybody, I just want to get our fair share in South County,” Murphy said, adding, “I want to see an event in this area so that my constituents don’t have to travel to Farmington or St. Charles or Queeny Park or North County or in the city. I want ‘em right here in South County.”