Murphy is keeping busy in the Legislature

Vaccine event, food events give back to Murphy’s 94th 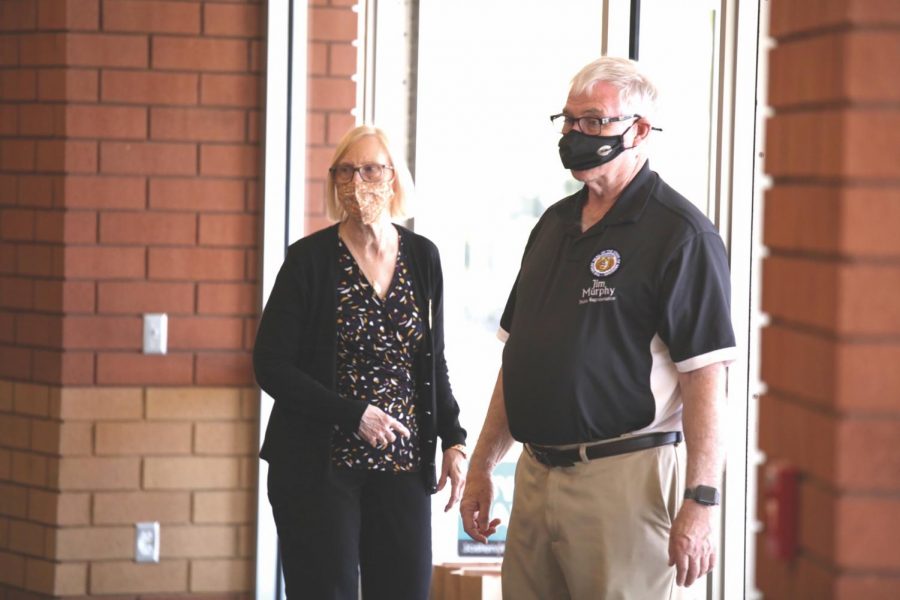 Rep. Jim Murphy has had a busy legislative session in 2021 working on state oversight on public-health orders and setting up a mass vaccination event while also conducting a series of food drives in South County to help with food insecurity during the COVID-19 pandemic.

In November, Murphy defeated Mehlville Board of Education director Jean Pretto 52.92 percent to 47.08 percent, in a rematch of the 2018 election that was once again a close race. The 101st General Assembly kicked off Jan. 6 and wraps in May, barring any special sessions.

Murphy’s House Bill 75 requires that local governmental bodies gain state permission to extend public health or safety closures and has passed the House and could pass in the Senate. The bill is a direct response to COVID and St. Louis County.

“The No. 1 bill … is my progressive priority bill that will reign in some of the local governments,” said Murphy. “That one will get through pretty quickly.”

The bill passed the Senate Wednesday, and “there’s a lot of support for it,” said Murphy. “I just want to have some oversight.”

Other priorities include a bill that would eliminate earnings taxes for those working from home because of the pandemic.

Giving back is one way to bring unity to divisive times, and Murphy also plans to continue focusing on food giveaways. The legislator has held at least 15 events at various Mehlville schools through a partnership with Operation Food Search.

“I have so many volunteers from the community who care and that gets you back to reality,” said Murphy. “In this neck of the woods we got good people.”

Murphy was one of several legislators who signed a letter penned by Rep. Justin Hill that they were not confident in the 2020 election results after President Joe Biden defeated Donald Trump last November. Most other Republican legislators in South County also signed on to the letter — Rep. David Gregory and Rep. Mary Elizabeth Coleman.

Murphy said that he signed onto Hill’s letter not because he thought there was any voter fraud, but because he believes states didn’t follow their own voting laws.

“The election was legitimate by a big margin undeniably, but still … it needs to be given serious thought and not just pushed aside as being partisan. … It can happen the other way around,” he said.

Murphy said he wishes there was more nuance in public discussions, rather than painting everything with a broad brush: “I’m turning 70 … and I’ve seen some interesting times … but I’ve never seen the vitriol and hatred that we see right now.”

Editor’s note: This article was updated from the print edition with the correct local GOP legislators who signed Hill’s letter.