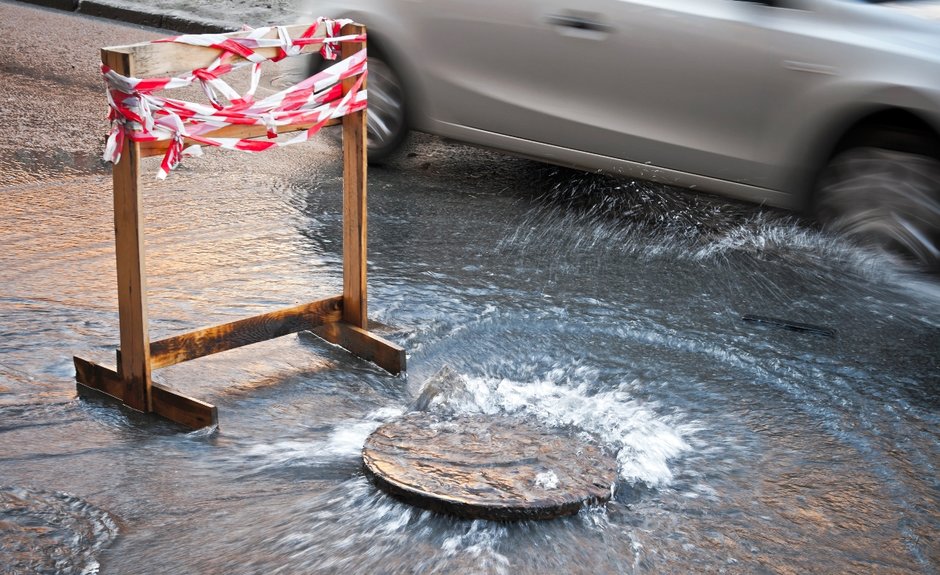 The Metropolitan St. Louis Sewer District is proposing to tackle flooding and erosion by adding a new charge to the bill of every customer, including nonprofit entities and those with septic systems.

The MSD Board of Trustees voted unanimously in December to place Proposition S for Stormwater on the ballot in the election Tuesday, April 2.

The sewer district and wastewater utility will hold a series of public meetings in advance of the vote, starting in south county. The first public information session will be held at 6 p.m. Wednesday, March 6, at The Pavilion at Lemay, 305 Gregg Road in Jefferson Barracks Park. Other meetings will be held in Chesterfield, Clayton, Ballwin and Ferguson.

If voters approve the measure, MSD would take on a new service that it doesn’t cover now, fixing flooding and erosion problems caused by stormwater runoff in its geographic footprint of St. Louis County and St. Louis city.

“This is a brand new service that MSD’s offering,” MSD Executive Director Brian Hoelscher said in a hearing held by the MSD Rate Commission on the proposal last year.

Under the plan, the average residential customer would be charged $2.25 a month, or $27 a year. The fee would be based on how much impervious area residents have on their property. Impervious areas include rooftops, concrete driveways and sidewalks — surfaces that don’t allow water to permeate through to the ground system. Instead, impervious areas cause runoff.

In 2008, MSD tried to start a similar program by simply charging an impervious fee, but the Missouri Supreme Court ruled that the fee was unconstitutional since it never got voter approval.

Under Prop S, which would go into effect in January 2020 for funding to start by July 2020, MSD would take in an estimated $30 million a year, which would help it address all known flooding and erosion issues in its region over the next 30 years. Projects will be rated by cost to benefit ratio.

To try to bring back the stormwater funding in a legal way, MSD said it took a two-pronged approach. First, it placed the first MSD Proposition S on the ballot in 2016, which equalized services for the public storm sewer system throughout MSD’s service area. Previously, areas in the city of St. Louis and inside Interstate 270, such as Crestwood, paid taxes that areas outside, such as Oakville, did not.

“We’re now able to operate and maintain a public storm sewer throughout the sewer district with everybody paying a fair share of their cost,” Hoelscher said.

The previous Prop S allowed MSD to turn off certain taxes, which built up a balance in the fund. The sewer district’s current funds for stormwater runoff have a surplus of $67 million, which it can use to fix flooding and erosion issues.

“But once this $67 million pot of money is gone for flooding and erosion, there is no more money” for the 500 current projects on the list, Hoelscher said.

Problems can range from localized flooding in backyards due to lack of storm sewers or blocked swales to regional flooding from River des Peres or creeks.

With a $30 million annual program, Hoelscher estimates the district can fix all those problems in 25 to 30 years.

MSD will not be taking over flood-plain management, which would still be under the purview of the 89 municipalities in its area. Creeks and streams would remain under private ownership.

Altogether, residents will be paying about $13 million more a year under the plan.

Large commercial, non-residential, multi-family, nonprofit, government or school customers — of which there are 6,000 — will be charged through “equivalent residential units,” or ERUs, dividing the impervious area by 2,600 square feet. Those customers will then be charged $2.25 per month for each ERU.

Those large customers will provide the roughly $17 million to bring the total fees per year to $30 million.

Regular residential customers will see an added line tacked onto their monthly wastewater bill. If residents are on septic systems and don’t receive a bill from MSD, they will be billed quarterly since it’s not worth the money to send them a monthly bill to collect $2.25, Hoelscher said.

Anyone who lives next to a large river like the Meramec or Mississippi, or has all runoff go into a retention pond, can get a 70-percent credit on the fee. If residents want to take on a project to reduce impervious area by 500 square feet, MSD will make an upfront payment of $135.