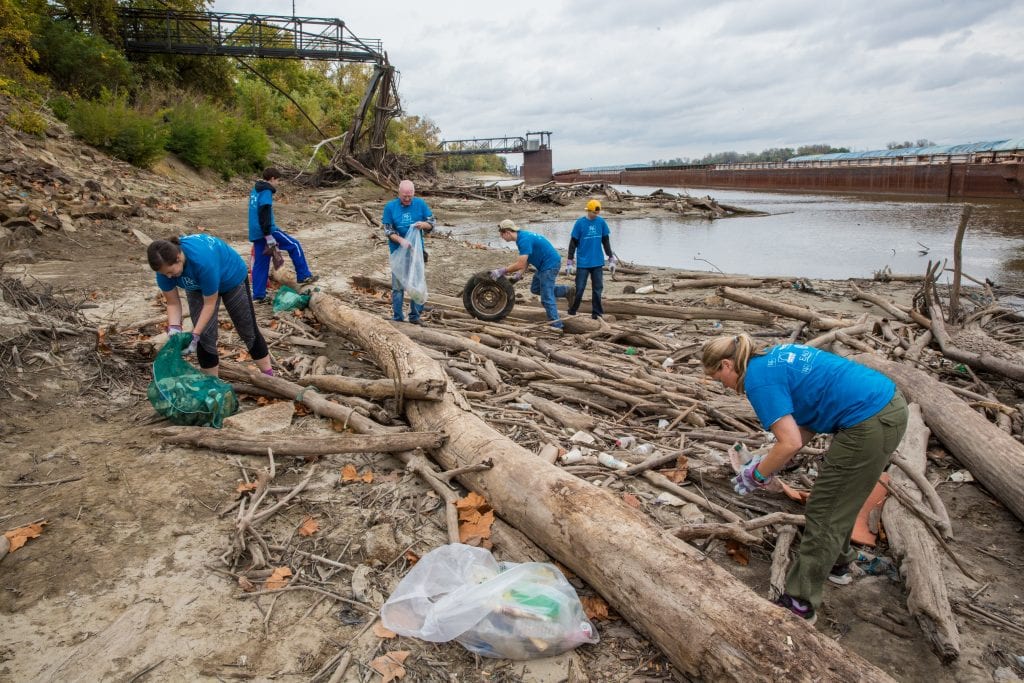 Volunteers help out during the 2015 River des Peres Trash Bash.

A power outage at one of the Metropolitan St. Louis Sewer District’s pump stations along the River Des Peres has caused water to back up into homes along Germania Street.

MSD crews responded to several basement backup calls Thursday morning due to a power outage at the Louis Pump Station, which is located near Germania and Louis streets.  Crews were able to restore power to the station within a few hours.

MSD’s 24-hour customer service line started to receive calls for water in homes along Germania around 3:30 a.m. MSD crews responded and discovered that the Louis Pump Station may have been struck by lightning during the overnight storms.

The possible lightning strike caused the power to fail, which then caused the sewer system to back up into nearby homes along the River Des Peres.

MSD operates seven pump stations along the River Des Peres.  The sewer district has crews staffed at the various pump stations and will continue to monitor the stations due to the upcoming forecast.

Insurance adjusters and cleanup crews are responding to the area to assist residents who have water backing up into their homes. For basement backups caused by overcharging of the public sewer system, MSD has a Basement Backup Insurance Program that will assist with cleanup and recovery.

Overcharging of the sewer system occurs when so much rain enters the public sewer that it cannot handle any more water.  Basement backups that occur as a result of overland flooding, defective laterals or downspouts connected to a home’s internal plumbing are not covered under MSD’s insurance program.