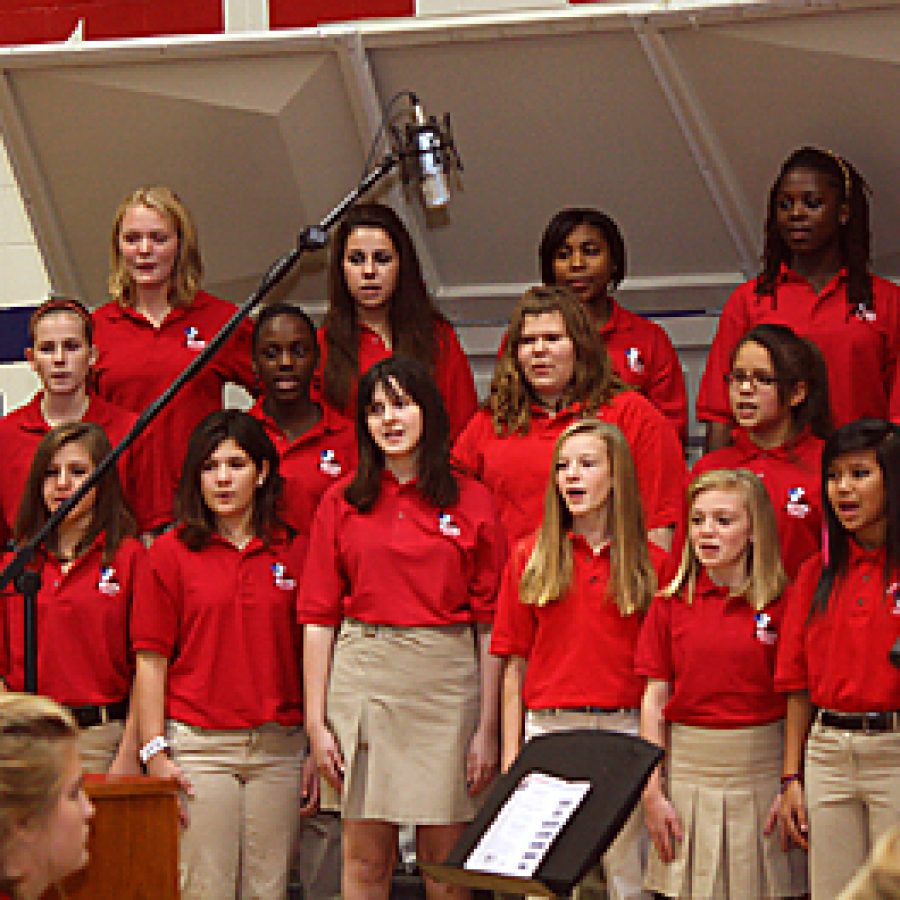 The Bernard Middle School Concert Choir, above, performs during the school's sixth annual Veterans Day Tribute Concert last week. Besides Bernard's Concert Choir, the audience of more than 1,000 people was treated to performances by Bernard's Symphonic Band and Orchestra, along with the Oakville High Concert Choir.

With state Sen. Jim Lembke of Lemay serving as master of ceremonies for the concert, which took place Nov. 11, the audience was treated to performances by the Bernard Middle School Concert Choir, the Symphonic Band and Orchestra.

A variety of patriotic songs were performed and the entire concert was accompanied by a PowerPoint presentation created by students, according to a district news release.

“The reason for the concert is to give back to the community and the Mehlville School District will keep doing things like this for our community to show that we are producing great people for the next generation in our area — kids who remember where we came from and where we hope to go,” the band director added.

Veterans in attendance from each branch of the military were honored during the performance of their respective song and the event ended on a solemn note with the playing of taps.

“I am very proud of these young people, these teachers, these administrators of the Mehlville School District that have made it a yearly occasion to have this concert honoring our veterans,” Lembke stated in the news release.