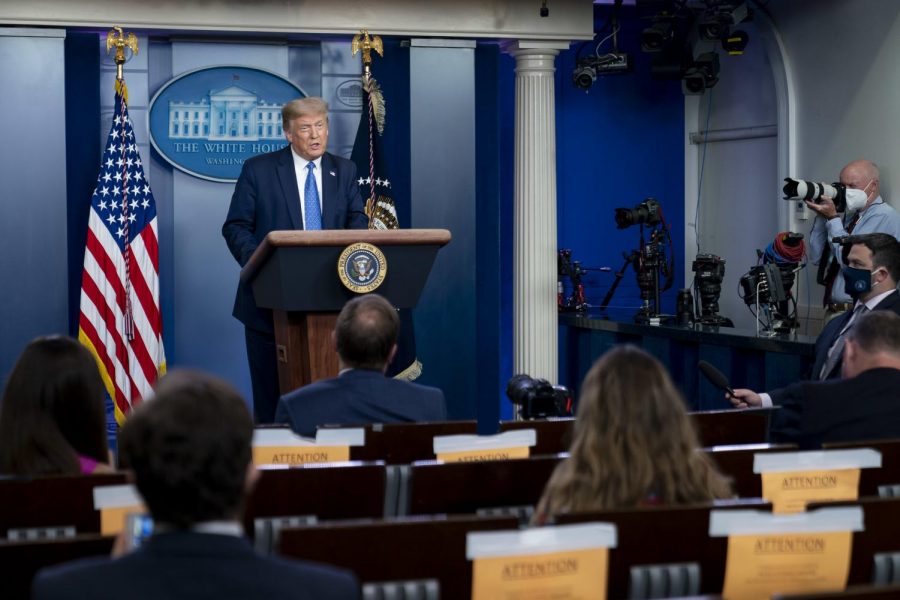 President Donald Trump is shown in July 2020 at his first White House coronavirus briefing in months.

President Donald Trump once again easily picked up Missouri’s 10 electoral votes on Tuesday, cruising to victory over former Vice President Joe Biden in the Show-Me State. Nationally, the race has not yet been decided.

The Associated Press called the race for the president shortly after 9:30 p.m. with roughly half the precincts reporting and Trump leading by 20 percentage points — roughly the same as his 2016 margin over Hillary Clinton.

That margin shrank to roughly 15 points as votes rolled in from Missouri’s urban centers and suburbs. But votes from St. Louis County, St. Louis and Kansas City couldn’t offset his huge wins in rural Missouri. In some outstate counties, Trump was garnering more than 80 percent of the vote.

Missouri’s status as a bellwether state ended in 2008, when Missourians narrowly rejected Democrat Barack Obama in favor of Republican John McCain. Democrats managed to win nearly every statewide office in 2012, but at the same time Republican Mitt Romney carried Missouri by nearly 10 percentage points and Republicans built a supermajority in the state Legislature.

Since then, the state has continued to steadily trend toward the Republicans, with all but one statewide office in GOP hands and Democratic presidential hopefuls forgoing the state’s electoral votes.