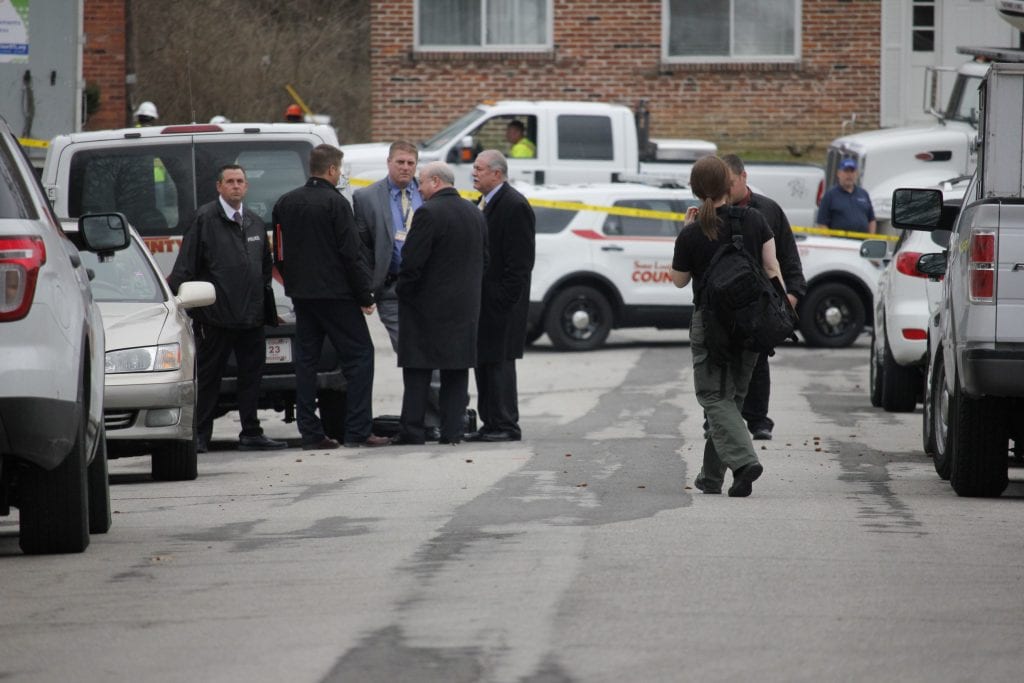 The St. Louis County Police Department investigates at apartments along Marble Arch Lane in Affton after a woman was fatally stabbed Wednesday. Photo by Erin Achenbach.

JEFFERSON CITY — Efforts to reduce gun violence in Missouri were on the minds of both Senate Republicans and House Democrats last week.

Among the Republican bills, Senate Bill 601 would increase minimum sentences with crimes committed with a deadly weapon, among other measures. Sen. Tony Luetkemeyer, R-Parkville, said the bill is aimed at reducing the release of violent offenders on parole.

“We must acknowledge that the proper place for violent criminals is in prison — not on probation,” Luetkemeyer said. “Just like mass incarceration for minor crime is misguided, so too is mass release for violent crime.”

Several of those who testified supported the bill, including Brad Thielemier of the Missouri State Troopers Association and Darrell Moore, executive director of Missouri Association of Prosecuting Attorneys.

American Civil Liberties Union of Missouri legislative and policy director Sara Baker opposed the bill. She said she is sympathetic to what Leutkemeyer is trying to do — her parents were robbed at gunpoint in St. Louis. But she doesn’t think enhancing penalties for armed criminal action is going to lead to the future they are hoping for and doesn’t see how it would further decrease crime.

“I think we need to focus on the things that have a proven record of decreasing crimes so we can make all of our communities safer,” Baker said.

Some of the legislation Democrats discussed include House Bill 1260, which would prohibit certain people like those convicted of misdemeanor domestic violence from possessing a gun and would bring Missouri law into conformity with federal law. House Bill 1829 would prohibit anyone from possessing a firearm after a judge determined that they are a risk to themselves or others.

“We believe in protections for law-abiding gun owners and we count many gun owners among our caucus,” Quade said. “But we also believe that strong gun rights for those who act responsibly can and must coexist with common sense laws to keep guns out of the hands who don’t.”

Quade didn’t comment on the specific Senate bills, but said tougher criminal penalties is not something they would support.