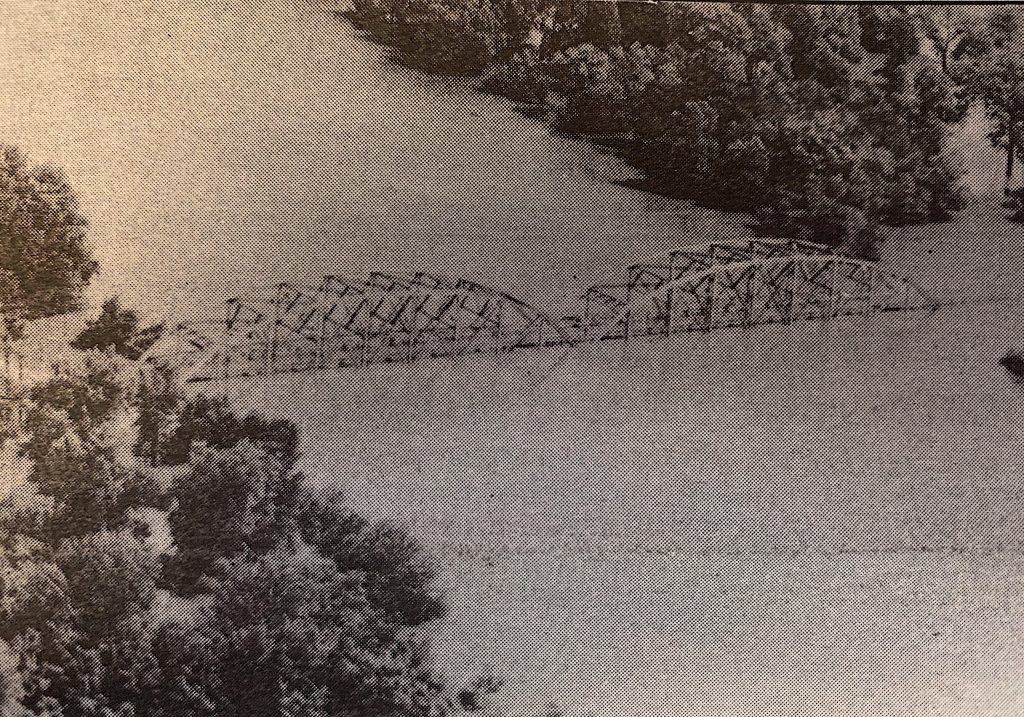 Highway officials said last week they will inspect five bridges along the Meramec River before reopening them to traffic after flooding recedes.

“Fortunately, these bridges are designed down to rock,” Martins said. “They should be safe.”

The inspections will determine damage to the structures above and below ground as well as damage that may have been cause to driving surfaces, Martins said.

“Water along the Meramec has backed up from the Mississippi, there’s no flow to it,” Martins said. He said that fact has been helping keep damages down for now, but the dangerous period will come when river levels begin dropping and flow picks back up.

“If a lot of debris gets hung up on the trusses, there will be a lot of dead load on the structures,” Martins said.

Rep. Zane Yates, R-Oakville, said he thinks the Telegraph Road bridge should be closed to traffic until MHTD can be certain of its safety. The road deck has been underwater since early this month.

“I would rather create an inconvenience than to have one serious injury or death,” Yates said. He expressed frustration with the pace highway officials have pursued replacement of the structure.

Voters approved money to replace the bridge in 1987, land has been acquired for the project and designs have been completed. As yet, no bids have been let for the work.

Meanwhile, Yates said the bridge was in bad shape before this year’s floods.

‘My patience has run out on this bridge and the many broken promises,” Yates told MHTD director Wayne Muri. He asked Muri to begin repairs immediately after floods recede.

“Otherwise, merely inform me I need to go to the Governor with my demands and request your replacement,” Yates said.

“We’ve had a lot of calls about that bridge,” Martins said. “With all the concerns, we’re going to talk to design and get the project moved up as soon as possible.”