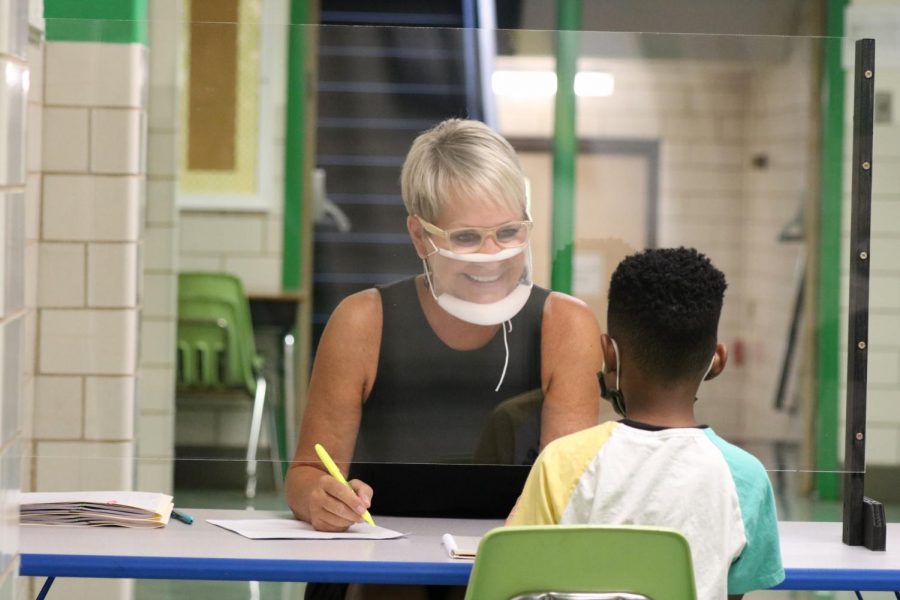 The spread of the novel coronavirus in Missouri is “exponential and unyielding,” according to a Nov. 15 White House Coronavirus Task Force report urging the state to take stricter measures to help slow the virus’ spread.

Recommendations include Missourians wearing masks while in public, limiting indoor dining capacity to less than 25 percent and reducing bars’ hours until cases have declined.

Nationwide, there is now “aggressive, unrelenting, expanding broad community spread,” and the report painted a dire situation in Missouri. Once again, the state was in the “red zone” last week for all three metrics: new cases, the positivity rate and COVID-19 related deaths.

Nearly all of Missouri’s counties — or about 98 percent — have moderate or high levels of community transmission, according to the report.

The report was obtained by the Center for Public Integrity, a nonprofit newsroom based in Washington, D.C. that has been publishing the task force’s weekly reports to governors. The reports are not made public.

Health officials and hospital systems sounded the alarm last week, urging Gov. Mike Parson for a statewide mask mandate. While Parson has stressed the next month will be critical for Missouri, he’s also been adamant that mandating masks is not a step he intends to take.

Hospitals have begun to suspend elective procedures as they warn their available beds are waning and their staff are stretched thin. St. Louis County tightened limits on gatherings and banned indoor dining, while Kansas City limited indoor dining and gyms to 50 percent capacity.

Missouri’s Senate was forced to delay its plans to meet this week until after Thanksgiving due to COVID cases among its members and staff.

“The arc of these numbers is extremely worrisome,” CoxHealth CEO Steve Edwards wrote on Twitter Wednesday morning as he reported 152 inpatients with COVID-19 across the hospital system.

On Tuesday, hospitalizations reached a new high with 2,629 people hospitalized for COVID-19 — an increase of 41 patients from the day before, according to the state’s dashboard.

Between Nov. 7-13, on average 296 patients with confirmed COVID-19 cases and 250 with suspected cases were newly admitted each day across an average of more than 95 percent of the state’s hospitals, according to the task force’s report.

Missouri’s positivity rate was the 7th highest in the country, per the report. For the week ending Nov. 15, Missouri’s seven-day positivity rate was at 43.8 percent using the state’s method for calculating the rate based on the number of individuals tested, and at 24.6 percent using the Centers for Disease Control and Prevention’s method based on total tests administered.

Both figures are more than double what they were nearly a month ago on Oct. 19 when the state’s seven-day rate was 20.1 percent and the CDC’s method was at 10.8 percent.

The World Health Organization previously recommended the positivity rate should be at or below 5 percent for two weeks in order to reopen safely.

The White House report notes that increases in COVID cases over the last two weeks correlate with Halloween and warned that Thanksgiving and the upcoming holidays pose greater risk.

Nearly half of Missouri’s nursing homes, or about 45 percent, had at least one staff member contract the virus between Nov. 2-8, according to the report. For residents during that time period, 27 percent of facilities had at least one new resident case and 8 percent had at least one resident die to COVID-19.

Nursing homes and long-term care facilities have emerged as hotspots for the virus’ spread nationwide, and last month represented nearly half of all COVID-19 related deaths in Missouri.

“With all counties in the red zone and over 50% of nursing homes with at least one positive staff member, mitigation and messaging needs to be further strengthened as other states have done,” the report read.

Testing is key to understanding the virus’ spread, and the task force’s report urged people under 40 years old to get tested in order to identify asymptomatic cases and for active testing in schools and “where cases are increasing.”

Last week, the state relaxed quarantine guidelines for students and teachers. Students in districts with mask mandates may no longer have to quarantine after being exposed if both individuals were properly wearing a face mask at the time, according to the state.

The move appeared to go against CDC’s own guidance. The task force’s report stressed masks must be worn by teachers and students in school and suggested even pausing extracurricular school activities as those “are where transmission is occurring.”

In the face of staff shortages and COVID outbreaks, some school districts have decided to return certain grades to online-only. As of Wednesday, 113 of 557 districts and charter schools were operating in all-online education, according to the Department of Elementary and Secondary Education’s dashboard.