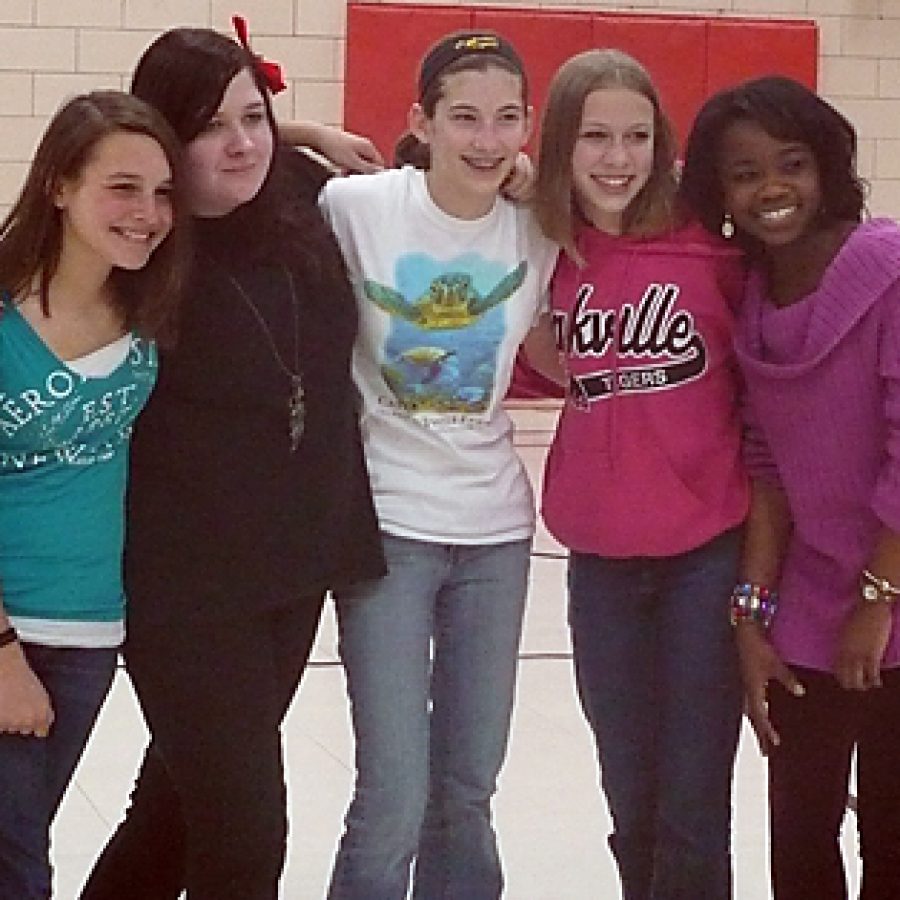 The seventh and eighth grade students in the Mehlville School District’s STRETCH gifted program used their risk-taking, creativity, communication and teamwork skills when they participated in the program’s Extemporé competition on Thursday, March 24.

Given the task of creating skits based on a specific challenge, the students spent several weeks preparing their skits prior to the competition, and during the 20-minute preparation period before the skit performances, students used their quick-thinking skills to incorporate a surprise element into their skits, according to a district news release.

“The mission of Extemporé is to combine risk-taking, creativity, communication and teamwork to solve extemporaneous challenges in a competitive setting. Students began working in January to prepare these skits,” Oakville Middle School STRETCH teacher Heather Muessig stated in the release.

The teams of STRETCH students competed in one of four challenges during the competition: the Showtime Challenge, Engineering Feats Challenge, Fine Tuning Challenge or the Perspective Challenge.

With each skit category, students were given several components to incorporate into their skits, in addition to the last-minute addition of the surprise task.

The winning teams at this year’s Extemporé competition:

 Arena 1: The Showtime Challenge, The Quest for the Golden Feather