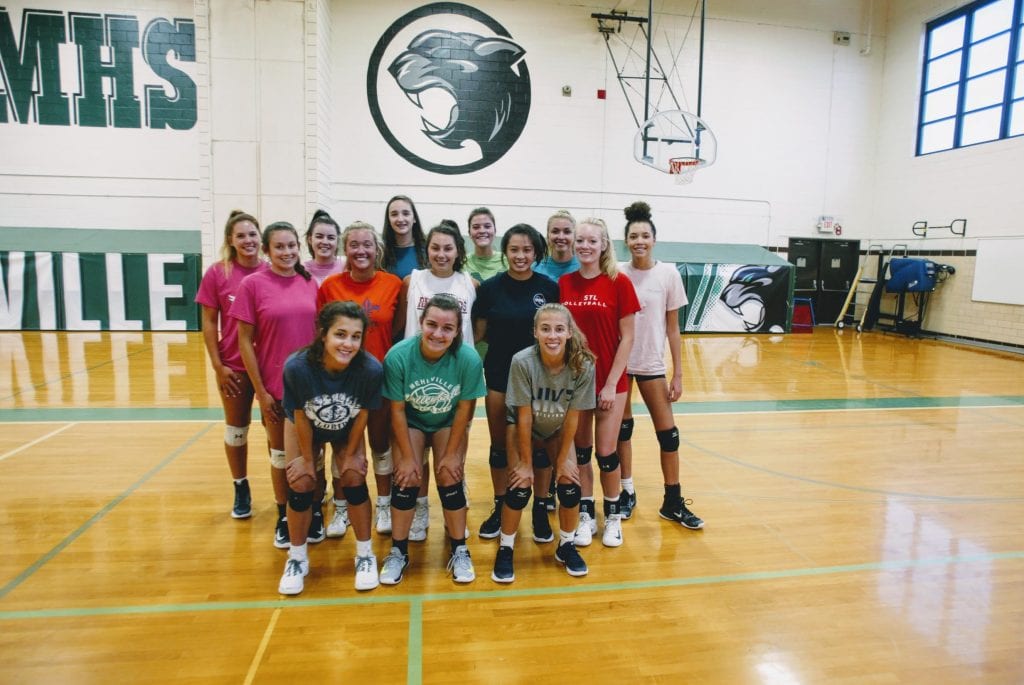 Mehlville High volleyball head coach Samantha Mueller hopes her team competes for a district title this year since it brings back some hard-hitting athletes. Photo by Bill Milligan.

Mehlville High volleyball head coach Samantha Mueller hopes her team competes for a district title this year since it brings back some hard-hitting athletes. Photo by Bill Milligan.

Sometimes the difference between a win and a loss is the intensity and focus that one team has over another. The Mehlville Senior High varsity girls’ volleyball team is hoping that a laser-like focus and attitude will propel them to a district championship.

“I think we’re looking pretty good,” Mehlville head coach Sami Mueller said. “Overall, I’m very excited about the potential that we have going into this season.”

The Panthers are coming off a successful 23-9 campaign in which they lost to Cor Jesu in the district championship game. Mueller believes that the key for the Panthers to be successful is staying focused throughout the year.

One player that the Panthers’ head coach has high hopes for this season is senior outside hitter Lillie Carlson. During the 2017 campaign, Carlson amassed 124 digs, 52 kills, 14 blocks and 12 aces.

“She’s got two years of varsity play under her belt, so she’s gotten more consistent and a lot more powerful,” Mueller said. “I think she’s ready to step up and take over that senior leadership role on the team this year.”

At libero is fourth-year varsity senior Anna Johnson, a core player who led last year with 234 digs and 13 aces.

Sophomore right-side hitter Jordan Iliff led the Panthers with 141 assists and 99 kills. She’s also the top returner in blocks (23) and recorded an impressive 104 digs during the 2017 season as a freshman. Iliff is currently battling an injury, but is expected to join the team in the near future.

“I think she can be a very vital player for us,” Mueller said. “She’s got a lot of power for only being a sophomore, and she’s one of our tallest players. She can command the court. So we’re excited to have her back when she’s healthy.”

At setter is senior Emma Kiene, who had 61 assists and 33 digs as a junior.

Senior Carly Glaser will take on the role of middle hitter after recording 20 blocks and 17 kills in 2017.

“After having last year as her first year of playing middle hitter ever, I think she feels much more comfortable now,” Mueller said. “During our Jamboree she was our first player to get a kill this season, and that was really exciting for her.”

“She’s moved into the middle spot this year after playing right-side position for us last year,” Mueller said. “She’s a little nervous about the new position, but we have a lot of faith in her and we’re excited to see her work at it.”