Increase would generate over $6M in added revenue 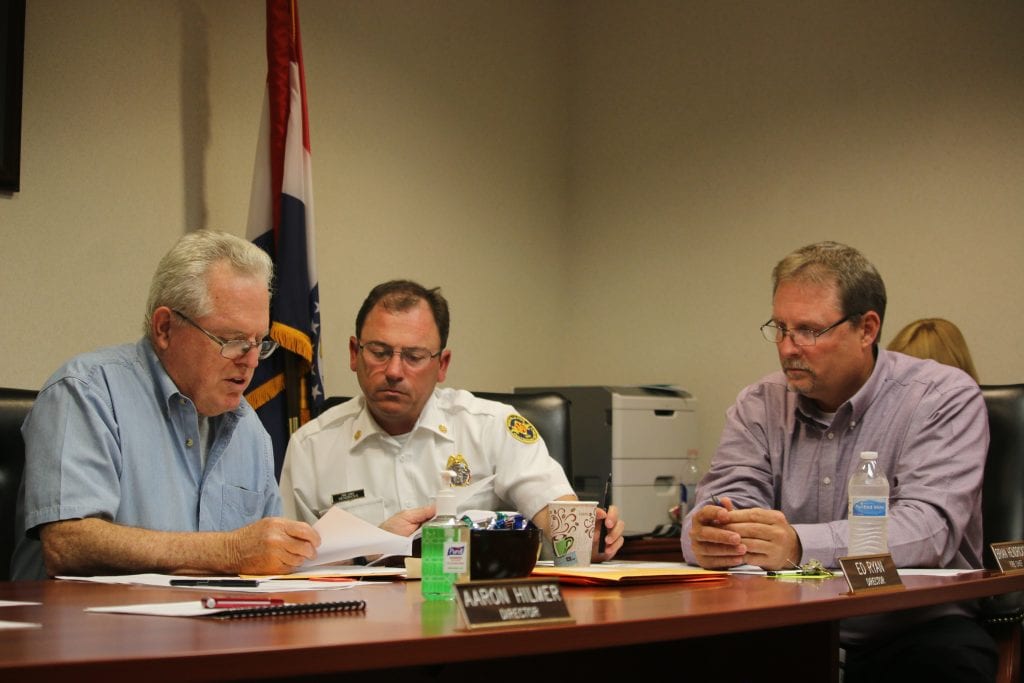 Secretary Ed Ryan and Fire Chief Brian Hendricks go over the payment of bills with Archimages associate Roy Mangan in 2018.

In an effort to combat its growing budget deficit, the Mehlville Fire Protection District Board of Directors will consider introducing a 20-cent tax increase on the April ballot.

The increase would still keep the district at the lowest blended rate in the county and would generate an extra $6.21 million in revenue. The revenue would allow the district to address its $3.1 million deficit and would allow it to begin replacing the No. 6 and No. 7 fire engine houses, while keeping the same level of service.

According to Chief Financial Officer Brian Bond, the increase would cost the owner of a $250,000 home about $95 per year, or around $7.92 a month. The official ballot language will be introduced to the board at its Jan. 19 meeting for a vote. The increase is the first tax increase introduced in the district in several years. In 2009, fire district residents voted in favor of two tax-rate decreases.

Chairman Aaron Hilmer said district policies and management since the last increase have allowed it to absorb some costs and keep employees salaries increasing while keeping insurance rates low, but COVID accelerated costs exponentially, putting it in this position.

Chief Brian Hendricks said for MFPD to continue its same high level of service, the community will have to help if the increase is on the ballot.

Hendricks referenced the district’s mobile integrated healthcare program as one of its strengths. The MIH has lowered the amount of 911 calls, and has been more effective than adding more ambulances to the district’s arsenal. He said the program is something the district could expand if the tax increase is approved.