MFPD board promotes two firefighters to rank of captain 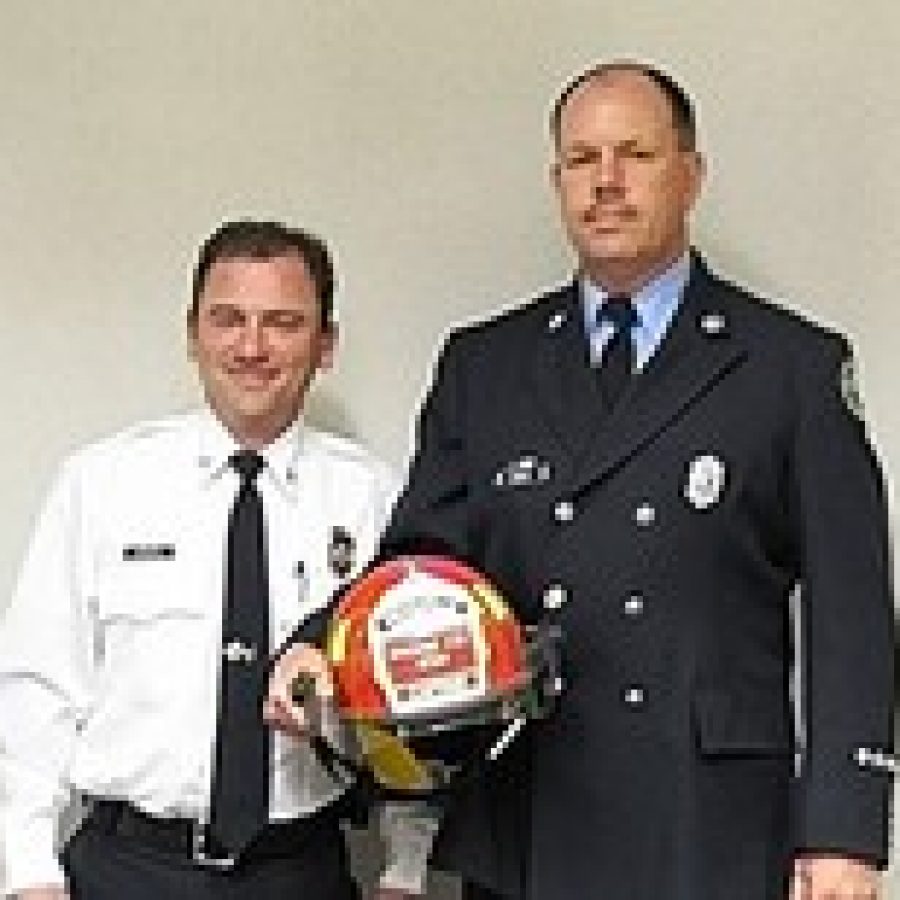 The Mehlville Fire Protection District Board of Directors voted unanimously last week to promote two firefighters to the rank of captain.

Board members promoted Daniel Rosenthal and Roland Therina to the rank of captain, effective immediately.

Rosenthal, a firefighter for more than 25 years, was hired by the Mehlville Fire Protection District on Oct. 7, 1999. He was promoted to the position of engineer in 2009.

Rosenthal was deployed to Canton in 2009 with the Swift Water Boat Task Force and he was also deployed to Joplin with Strike Team 3 after last year’s tornado.

Therina was hired as a paramedic by the Mehlville Fire Protection District on Aug. 2, 1990. He was promoted to lieutenant in November 1999.

Because Therina had graduated from the St. Louis County Fire Academy in 1988, he obtained the position of firefighter/paramedic in 2005 when the district began hiring fire/medics.

He has two associate’s degrees — one in paramedic technology and one in general studies. Therina is a hazardous-materials technician and a member of the St. Louis County Strike Team 3. He is a member of the district’s Rope Team and sits on the Operational Review Committee.

In addition, Therina serves as chairman of the district’s Health and Safety Committee.