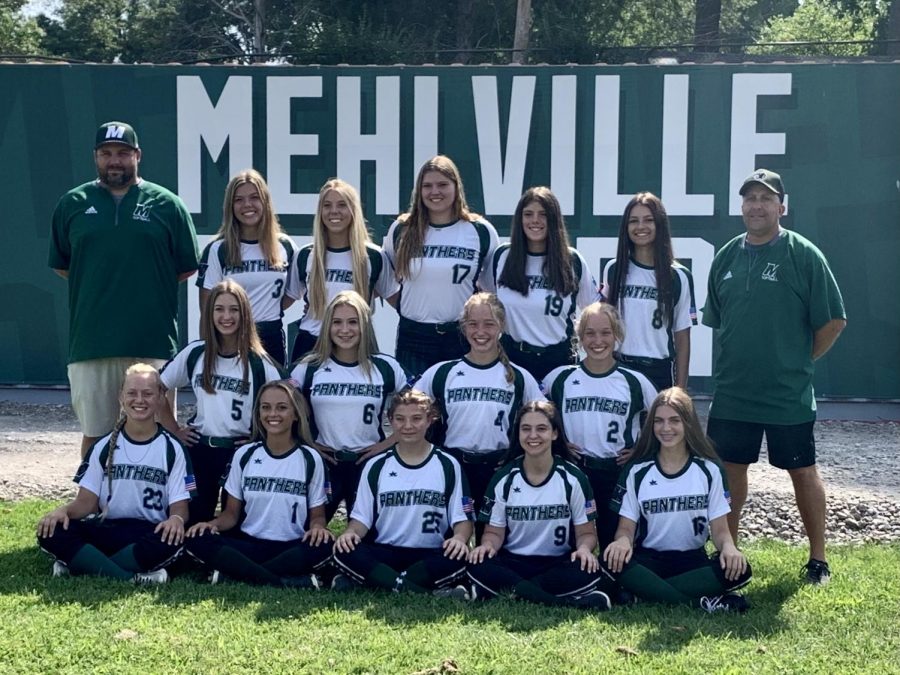 After garnering just two wins during the 2020 season, the Mehlville girls softball team is looking to establish themselves as a team to look out for in 2021.

“We’ve got 22 girls total so we’ll be able to have a varsity and junior varsity team which is good,” Mehlville head coach Tim Ode said. “We have six returning starters as well as some really good freshmen that will provide a good foundation for this year’s team.”

Junior Emily Vassolo was an all-conference and all-district selection in 2020 as the Panther’s center fielder. For 2021, she’ll be moving to shortstop and will be considered Mehlville’s top hitting threat after batting .429 last year with five doubles and five RBI.

“Emily has some big shoes to fill, but she’s already embraced that leadership role for us,” Ode said. “Traditionally she plays infield for her summer team. But we had played her at center field in the past because she’s one of the best athletes on the team.”

Taking over the center field duties this year will be senior Peyton Beckzala after seeing action in left field last season. In 2020 Beckzala batted .409 with one double and two RBI.

“Peyton was tremendous for us in left field last year,” Ode said. “She’s a three sport athlete so you know she’s going to do well for us. Peyton’s a contact hitter that led off for us last year and just has a knack to get on base.”

Senior Emilee Goebel will see time at catcher as well as one of the corner infield positions after batting .304 with two doubles and three RBI.

“Emilee is a four year varsity player that will flop between catcher and one of the corner infield positions this year,” Ode said. “She brings the most experience onto the field for this team.”

Sisters Jordan Silies and Jaiden Silies will see action in the outfield for 2021. The twin seniors are known to be quick on the basepaths and the Panther’s head coach is looking forward to using that weapon in his lineup.

“Both are three sport varsity athletes and we’re going to be utilizing their speed this year,” Ode said. “Jordan is a slap hitter while Jaiden is more of a contact hitter that uses her speed to get on the bag.”

Another set of twin sisters on Mehlville’s roster are seniors Taylor and Maddy Kordik. Taylor Kordick is an outfielder and pitcher while Maddy Kordik will see action at catcher and second base.

“Taylor and Maddy are also three sport athletes,” Ode said. “They’re the kind of players that work hard and will have key leadership roles on this year’s team.”

“Riley is super athletic but she’s going to have to adjust a bit to high school pitching,” Ode said. “Lily is the best pitcher we’ve had in at least 20 years. She’s pretty polished as a freshman pitcher.”

The Panthers open up the 2021 season on Aug. 27 against Lutheran South.