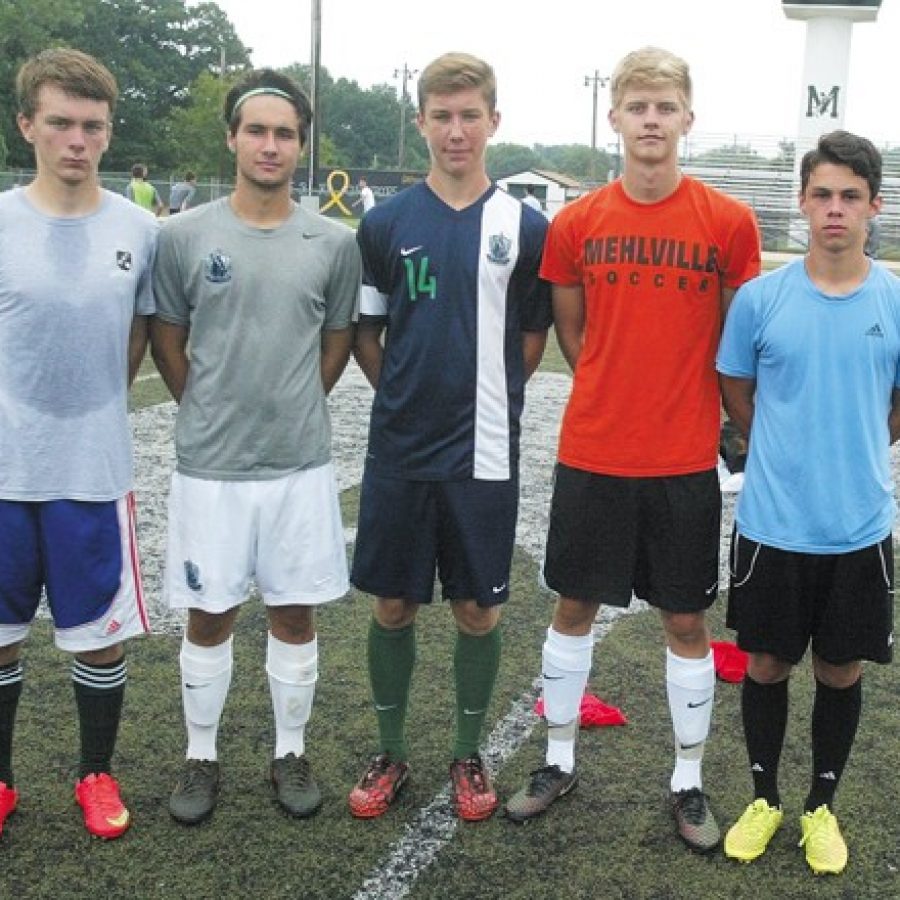 Mehlville Senior High School boys’ soccer fans will see several new faces and hear unfamiliar names the first time they sit in the stands to watch their team compete in 2015.

The Panthers lost the majority of their starters from last season to graduation, but are working vigorously to bring the younger guys up to speed, according to Mehlville head coach Tom Harper.

“Comparatively speaking we are very, very young,” Harper told the Call. “We were in that 10 to 12 range of seniors that graduated last year and eight of them were starters. So it’s going to be a little bit different situation for us this year. But the youth is kind of a double-edged sword right now because they are young enough that they’ve got a lot of energy and they’ve got a lot of enthusiasm and they are working really hard.

“But they’ve still got to learn how to work really hard and work efficiently and figure out what this adventure they are on is all about.”

Returning talent for the Panthers includes striker Jacob Richter and midfielder Hasan Ahmetspahic, who is actually transitioning from the wideback position he played last season.

Between the pipes, all signs point to sophomore Eric Wanninger, according to Harper.

“He had a year to train with the goalies that left,” Harper said of Wanninger. “He got a lot of minutes last year down on our JV team. He’s very, very talented.

“The one thing you worry about with a young player is their maturity and their ability to lead back there, but those are things he’s developing and he takes his job seriously. He does a good job and he’s training hard and he’s trying to find his niche with all the other guys.”

While the inexperience of the team raises questions, Mehlville fans have reasons to be optimistic.

“Right now, I think they have the potential to be one of my more gifted teams technically. They don’t feel like they are where they need to be, but they are way ahead of the game, moreso than we have been before,” Harper said.

Speed and endurance are the team’s biggest weapons early on and should be a staple for them this season.

“… We are very, very fit and we are very, very fast and you throw a lot of kind of raw skill and ability in there,” Harper said. “They are very capable of creating a whole lot of problems for a whole lot of people. The guys understand what they have to do, and they get out there and they work … The pace that I know that they can play with is going to be one of their greatest assets.

“But when they dig in and they defend — their ability to defend as a group is probably going to be their greatest asset because once we win the ball, we are going to be able to fly and go forward and do a lot of stuff, and that’s a tribute to those guys in the offseason.”