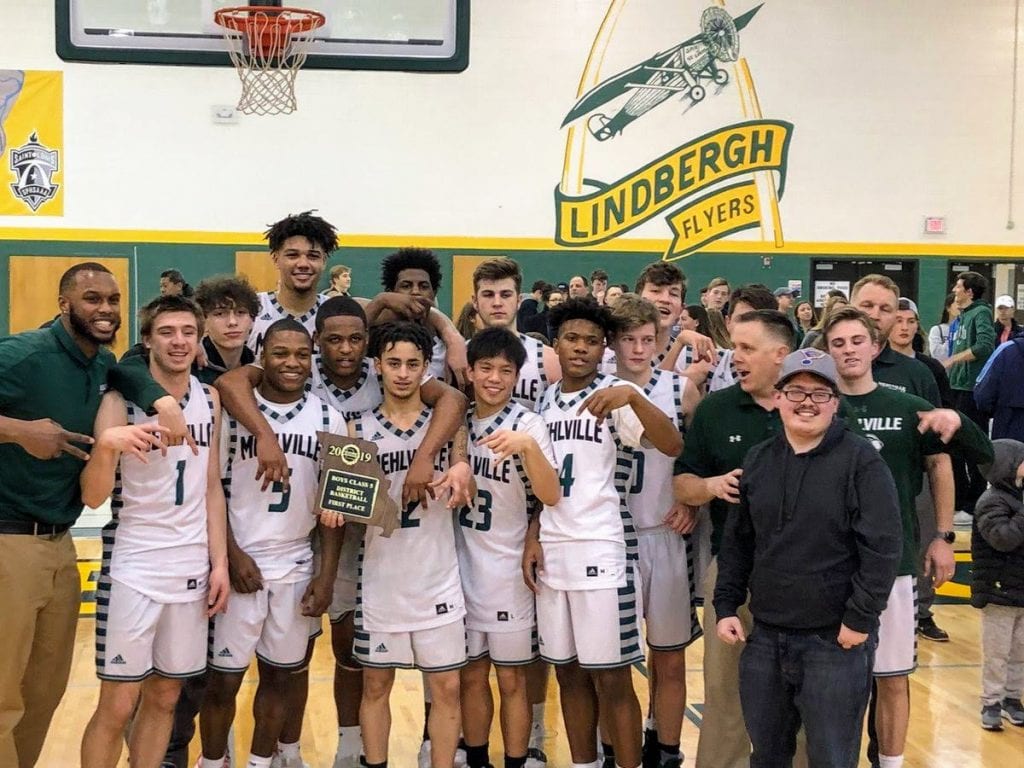 As the Mehlville High School boys basketball team enters its first Missouri Class 5 state sectional game this week, it’s hard to fathom that not one player on this year’s squad was born the last time the Panthers won a district championship.

To put things into perspective, 22 years ago a gallon of gas was $1.22, “Wannabe” by the Spice Girls was No. 1 on the charts and Mehlville head coach Andy Guethle was just a freshman at Truman State. So it’s appropriate to say that the school is excited after its 53-35 win Feb. 28 over Lindbergh in the district championship game at Lindbergh High School.

“It was a huge win for us,” Guethle said. “Not only was this good for the players and our program, but it’s also good for the school community too.”

Lamontay Daughtery led the Panthers with 19 points, five rebounds and one assist. The junior guard is currently averaging 14.4 points and 7.7 rebounds a game this season.

The team is back on the hardwood Wednesday in Hillsboro versus Jackson. If they win, they advance to the state quarterfinals at Lindenwood University March 9.

“Lamontay got off to a hot start, and he didn’t shy away from taking the shots,” Guethle said. “That alone was huge for us.”

Davion Bradford also scored in double figures with 14 points and 18 rebounds along with six blocked shots. The senior center has been one of the keys to Mehlville’s success this season as he’s averaging 16.6 points and 11.4 rebounds a game. He also leads the Panthers with 72 blocked shots for the 2018-2019 campaign.

“Davion had a big matchup against Erik Lahm and really took it to them,” Guethle said. “He helps us out on defense so much and he’s become an unselfish, big-time player for us and that’s been huge all season long.”

“Jackson is big and they’ve got some guards that can shoot the ball,” Guethle said. “It’s all going to come down to us making our shots and creating stops on defense. They’re going to pose some big problems for us but I think that we’re excited to see what we’re made of.”