Hassler casts sole 'no' vote on sale of 1.28 acres to Aldi 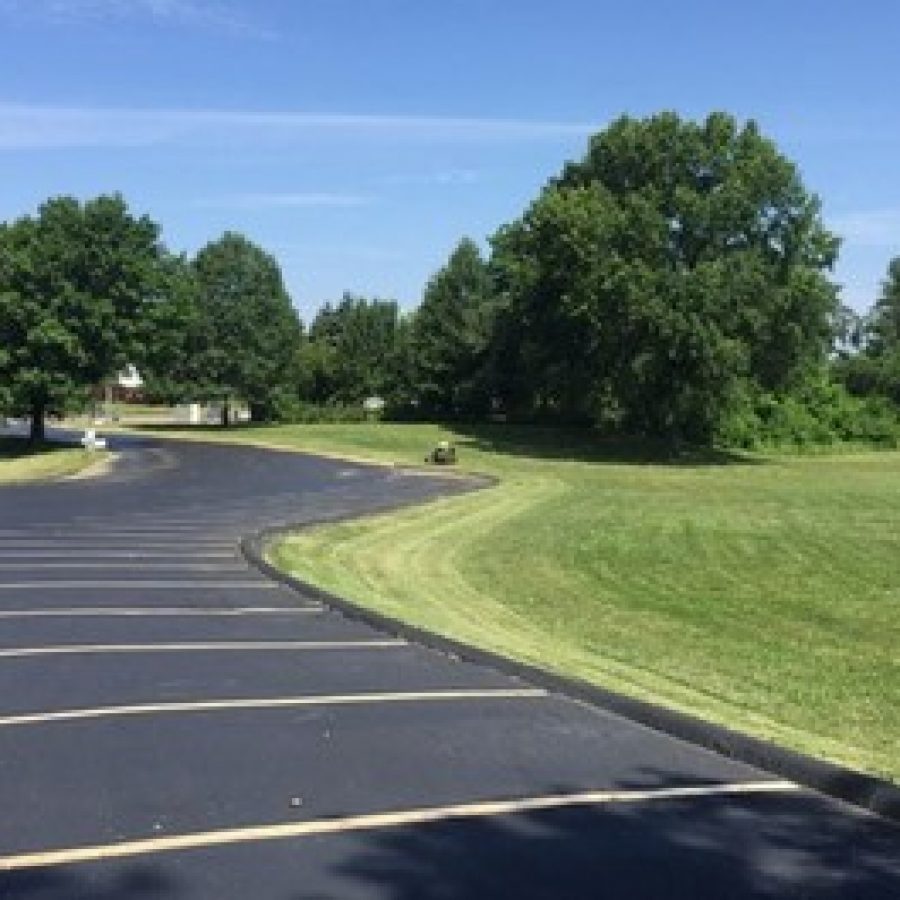 The Aldi would be built to the right of the driveway in this photo, facing Telegraph Road. Wohlwend Elementary is immediately to the left from this photo angle. Photo by Gloria Lloyd.

The Mehlville Board of Education voted to sell property next to two schools to Aldi last week, as board members said they weighed every safety and traffic consideration and wanted to accomplish something for the greater good.

The board voted 6-1 at its June 29 meeting to sell 1.28 acres from the campus of Oakville Middle School and Wohlwend Elementary to Aldi for $815,000, with new board member Peggy Hassler opposed.

The project still has to receive county zoning approval to move forward.

Half the money could go toward buying a house next to Oakville Elementary to use for an expanded parking lot at that school, board members have said.

Although some residents, including Wohlwend parents and neighbors bordering the site, object to the sale due to concerns about traffic and safety, board members said they weighed every concern during real-estate negotiations with Aldi the last two years. They could have approved the sale in a closed session, but chose to open up the vote to the public.

Eight people spoke at the meeting against the Aldi sale and three supported it.

Among those opposed were several residents of Pioneer Drive whose houses back to the school property and the Aldi site.

Wohlwend parent Adrian Beyl said she has taken time this year to teach her daughters safety around cars as they go to their school across the vacant lot that Aldi wants to buy. She moved to the street because it is a quiet neighborhood next to the schools.

“I feel as though saying there is no increased risk for safety is a little unfair,” she said. “Seeing how many people come and go to use the track or to go to Cliff Cave Park, Aldi’s will have way more people coming in and out than that on a normal day. You can make it safer in the contract language, but you cannot control the everyday person that is driving fast … I do my part to ensure my children’s safety, please do your part and vote ‘no.'”

“I will literally look outside and see an Aldi’s in our backyard,” said resident Michelle McCollum, noting that the proposed right-in, right-out exit onto Telegraph will mean that people on her street will have a hard time ever getting out of their subdivision onto Telegraph.

Oakville resident Richelle Bitter said the board should focus on other issues.

“You weren’t voted in to bring retail into our community, you were voted in to help our education,” she said. “This Aldi’s offer is starting to divide our community … Not all land that can be sold should be sold.”

Bitter fought back against board members’ contention that the land is “unusable” for any educational purpose, expansion or construction, asking for “actual proof” that the land serves no purpose.

“Clearly it can’t be that unusable if Aldi is willing to use the land,” she said.

Speakers who supported the sale were current or former Oakville Elementary School parents, including Jane Kolb.

“The opposition has argued that the safety of our children would be compromised due to increased traffic and congestion,” she said. “While I respect their fear, I can’t agree.”

As for increased traffic, “I don’t agree with this, either. Unless everybody in the 63129 decides at the same time to run to Aldi for some granola bars and wine, I don’t see how that will cause an outrageous amount of congestion. Just how everyone knows you don’t go to the license bureau on the last day of the month, I would plan to avoid Aldi during dropoff and dismissal times. Just some food for thought — pun wholeheartedly intended.”

When it came time to vote, Stormer said board members delayed the sale to reinforce contingencies in the contract so that if the Aldi’s county zoning fails, the property is not sold.

Pretto said she was initially against the sale but then realized the district could use it to benefit the greater good.

“I kept reminding all these people, ‘They’re not making any more ground, we’ve got to be careful,'” she said. “And then it became absolutely clear to me that this 1.28 acres was not going to serve any purpose for our school district. And on the flip side, what could we do with the money we could make for the property? I can’t count on my fingers and toes the ways we could benefit our students.”