Mehlville ranks among top in Missouri on 2018’s test scores 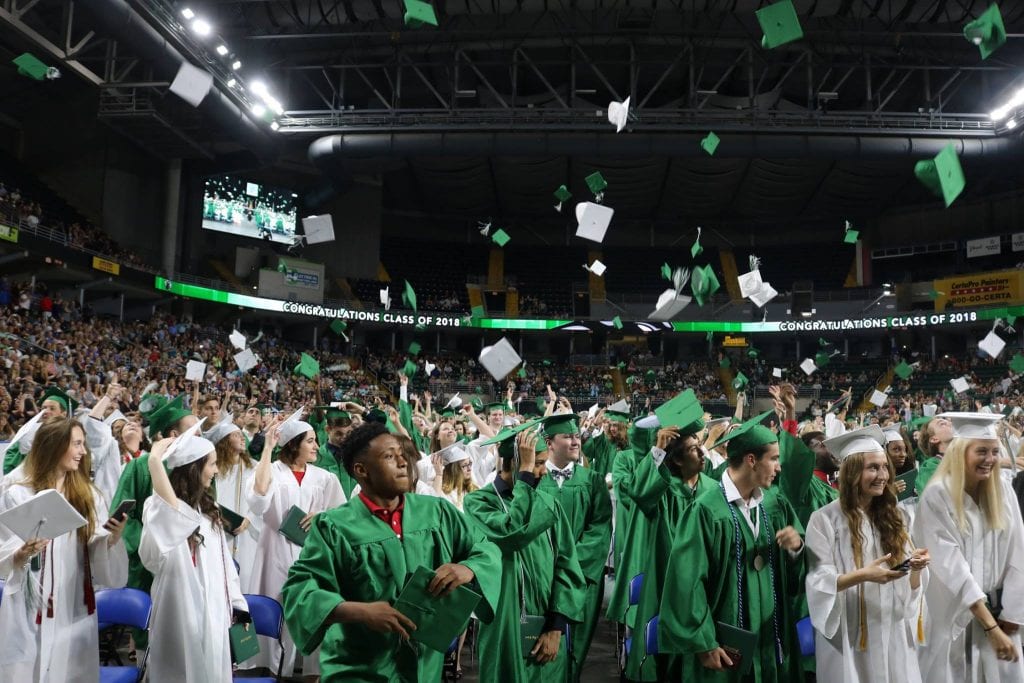 The Mehlville School District earned its highest scores ever on a statewide academic test in 2018, ranking the district among some of the highest performing public school districts in the state even as most districts saw scores fall with a harder test.

That rating takes into account academic achievement through scores on tests taken statewide last May, in addition to four other standards: college and career readiness, attendance rate, graduation rate and achievement for subgroups — minorities, English-language learners, those on free and reduced lunch and those on individualized education programs, or IEPs.

From 2014 to 2017, Mehlville’s average APR score was 92.4 percent, making this year’s score the highest ever for the district.

“We’re happy that they’re the best ever, but we also know that there’s context with them and all that,” said Superintendent Chris Gaines.

In a sharp turnaround from past years in which test scores were a concern for Mehlville, the district outscored Ladue, Clayton, Parkway, Rockwood, Brentwood, Webster Groves and nearly every other district in the St. Louis region.

On the heels of a number of initiatives from Gaines and the Board of Education to improve math scores, including hiring six math interventionists last year, Mehlville was one of only seven districts out of 75 in the St. Louis region that saw math scores improve.

Board member Kevin Schartner said of the district’s progress on both fronts at the Feb. 7 meeting, “I think we should all, everybody, sit back and take a moment, just appreciate what’s being accomplished here. But then get back to work, because we have more to do. But at least acknowledge that what’s been getting done is really impressive. We have turned the corner, we are moving up and that’s because of everyone in this district.”

Mehlville received 100 percent of points for attendance, graduation rate, college and career readiness and academic achievement, on the back of strong year-to-year growth in its tests. The district tallied a strong 95 percent of points for subgroup achievement, outperforming expectations and paving the way for a total 119.5 out of 120 possible APR points. Historically, even high-scoring districts can struggle with subgroup achievement.

The scores come on the heels of a year of rotating presentations at each board meeting in which, two at a time, every principal in the district presents their school’s scores and explains them to the board along with a plan to increase them. The district also started quarterly baseline tests during the year to try to gauge how students are faring on statewide standards.

Unlike past tests, this year’s test scores aren’t available for individual schools, so schools can’t be compared side-by-side.

Gaines said he was particularly pleased that the district’s baseline tests last year started showing high growth, and that also came through on the final test. That means the district is on track with its baseline tests, he said.

“I’m pretty happy that the MAP (Missouri Achievement Program) scores were validated on the growth piece, which is what we were seeing in our benchmarks,” Gaines said. “We’re not above state average in everything, but we saw some nice improvements in a lot of areas that we were concentrating on. We’re trying to move slowly forward and get a little bit better all the time.”

The Department of Elementary and Secondary Education (DESE) predicts how well each student should do based on past scores, and if those students outperform expectations, it pays off with a higher score for their district.

The district earned 12 out of 16 possible points on English Language Arts tests, but scored the full 16 points due to high growth in scores. Growth is calculated for individual students to see if they’re doing better year-on-year. The district lagged behind the state average in third-grade and fifth-grade reading scores, but exceeded the average in middle and high school.

The district also earned 12 out of 16 points for math achievement, but then made up the difference with high growth in individual scores to earn a perfect score in that category. Curiously, seventh-graders exceeded state averages, but eighth graders didn’t. Overall, the district was more competitive with students statewide than it had been in past years.

“I’m pleased with our comparison with others,” said Assistant Superintendent Brian Smith, who oversees curriculum, assessment and professional development.

The rankings take into account average scores on the statewide MAP tests over the past three years, year-over-year improvement in MAP scores and the growth individual students make on MAP tests, Smith said.

Gaines, although he was pleased with the APR score, cautioned that comparing scores year by year is meaningless due to four tests in five years from the Legislature and DESE. That makes yearly comparisons impossible.

According to DESE, new assessments in English Language Arts and math were administered in 2017-2018 due to changes in learning standards. Therefore, 2017-2018 results are not comparable with results from previous tests in those subjects.

A field test was given during 2017-2018 for science, so science was not reflected in the calculations for the 2017-2018 APR scores. Science assessments will be administered during the 2018-2019 school year, but social studies will be left out.