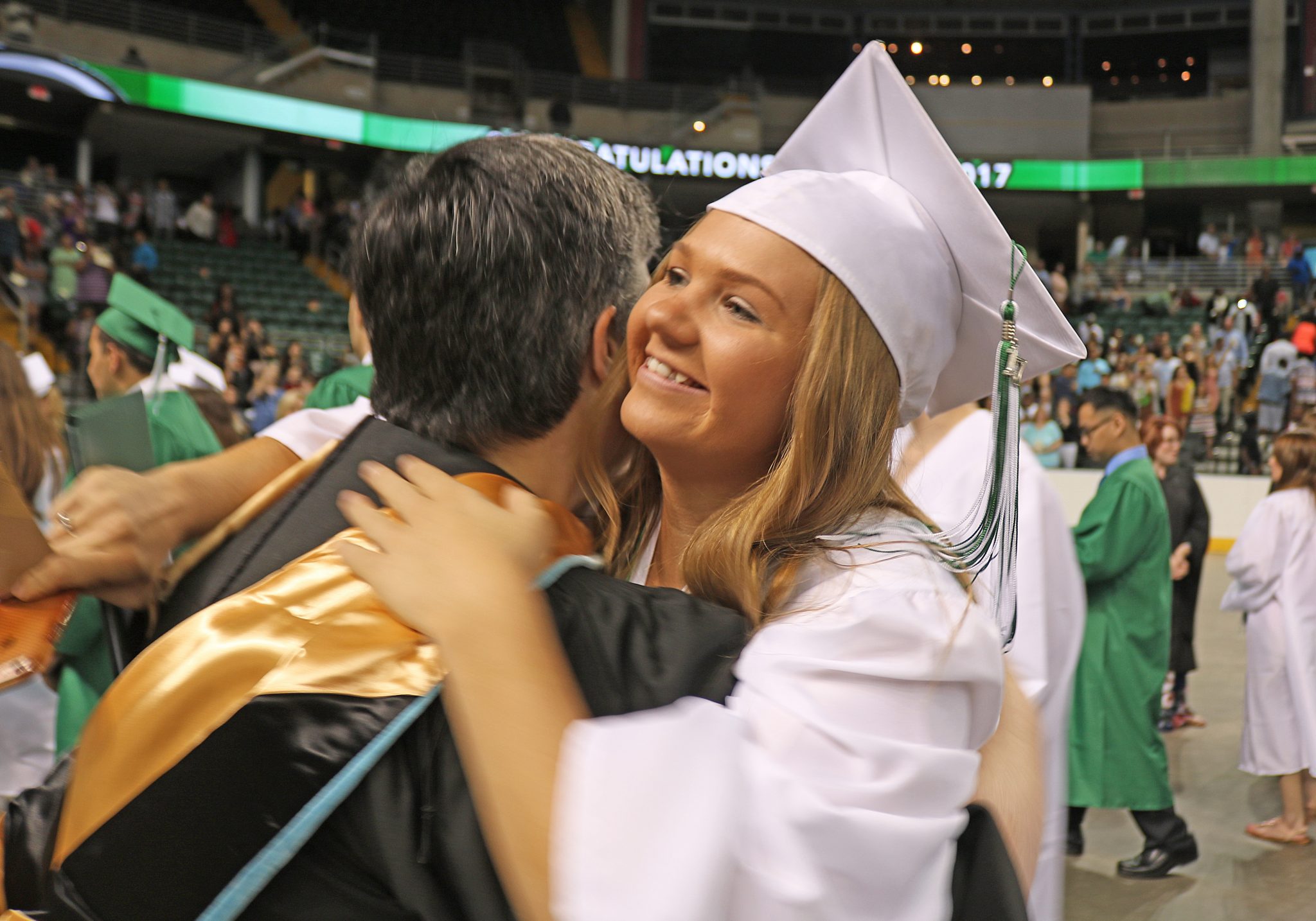 The Mehlville School District is trying a new location for its graduation ceremonies next year.

The Board of Education last month unanimously approved switching the location of 2019 graduation ceremonies for Oakville and Mehlville high schools to the Chaifetz Arena on the St. Louis University campus in downtown St. Louis, instead of the Family Arena in St. Charles.

The district has been “very, very happy” with the Family Arena for about 14 years, but Chaifetz is significantly less expensive, Assistant Superintendent Jeff Bresler said at the April 25 meeting.

“So this is a huge bargain,” board member Jean Pretto said.

Although the Family Arena has been popular, it can feel far away and downtown seems closer, board member Lisa Messmer added.

“It’s a 20-minute drive to get there versus an hour-and-a-half sometimes,” Messmer said.

The graduations will take place June 2 next year.

The district will try Chaifetz for one year, but then will likely consider longer-term contracts so that it can lock in the best dates and prevent a recurrence of what happened this year.

Traditionally, the district has scheduled its graduations back-to-back on a Sunday in early June, which makes it easier for officials and board members who have to attend both graduations.

They had traditionally rented that date from the Family Arena, but had not locked in the date through more than a one-year contract at a time.

But the district got booted from its traditional date this year, in favor of the Wentzville School District.