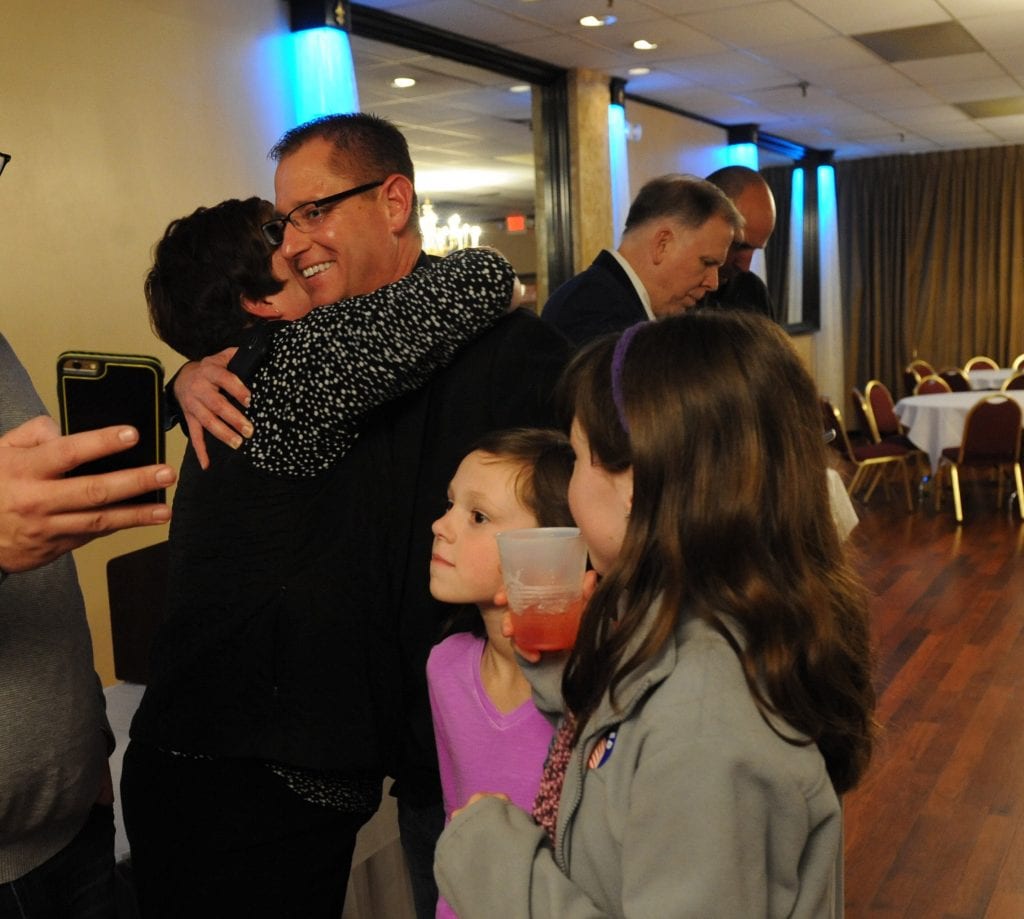 Contingent on the board’s approval, the ballot measure would include money for operations and a possible $34 million bond issue for the district’s facilities, extending up to 45 cents of the 49-cent Proposition P tax-rate increase approved in 2000 for facilities that could otherwise sunset in 2022.

Ahead of the 2022 payoff of the existing bond-like certificates from Prop P, called certificates of participation or COPs, the district may ask voters if they want to funnel up to 15 cents of the current Prop P tax levy into facilities investments focused on security upgrades and maintenance, while using the remainder of the levy to continue funding operations.

Voters could consider either one ballot measure or two separate ones. A bond issue would require at least 57-percent approval, while an operations increase would require approval of 50 percent plus one.

A final recommendation from Superintendent Chris Gaines on how to split the 45 cents will come at the meeting slated for 6:30 p.m. Aug. 20. The board will decide whether to place the measure on the November or April ballot. The November ballot requires an Aug. 25 deadline, while the April ballot has a January deadline.

He had hoped to make a final recommendation that evening, but there were delays in cost estimates for a perimeter fence around Bierbaum Elementary and a safety film for all school first-floor windows.

The July 16 discussion marked what is hoped to be the start of the final stages of a process that began at the end of 2018, when a Facilities Steering Committee composed of nearly 40 parents, teachers and residents convened to review facility needs ahead of a possible ballot measure.

In January 2019, the committee began touring 18 of the district’s 19 schools one by one — all except the district’s oldest building, the Witzel Learning Center, since it is not a priority for upgrades.

By the end of the group’s school tours in March of this year, right before schools closed because of the COVID-19 pandemic, the committee identified more than $237 million in projects before narrowing that down to $40 million of priorities.

Taking out projects already slated to be funded from previous ballot measures Proposition R, Proposition A and the regular capital fund leaves around $34 million of identified needs. One cent of a bond issue is currently worth about $3 million.

The upgrades prioritized by the committee include secure entrances at each of the district’s buildings, excluding the Witzel Learning Center; restroom upgrades at a majority of the schools; improved parking; and HVAC and roof work. The bulk of the priorities, around $10.2 million, centers around safety.

As it has with everything else school-related this year, the COVID-19 pandemic has caused some uncertainty about how the board should proceed with the bond issue. Back in June, there was a question whether the district would even be able to afford to put a measure on the ballot, or if it would be forced to funnel the money from the COPs being paid off to cover any operational deficits from school closures.

Although the district’s financial outlook now appears better than it did in June, some board members questioned the timing of placing an issue on the ballot in November while the future remains uncertain with the pandemic. They also wondered if students will physically be in classrooms this fall.

“The communication has to be made that people understand that there is no actual (tax) increase. … The first rule of any ballot initiative is that there is a definite need. When I look at this (list of identified needs), I think that there is,” said board President Kevin Schartner. “When we start talking about November versus April though, I think those other parts get into it. With everything going on this fall, how much focus will this also take away from that with the effort that’s required?”

Placing the bond issue on the November ballot would allow the district to begin work on the identified facilities projects in summer 2021, if voters pass the measure.

Assuming that the bond issue is placed on the ballot and passed in November, “two things happen rather quickly,” said Gaines. “The architects move from working on conceptual designs to real designs. … Within 60 days of passage then we will be selling bonds. I don’t know if we would sell the entire package at once or if we would piece that out because it’s going to take multiple years to do the work. … So we’re looking at putting bid packages out … and starting work in the summer.”

Chief Financial Officer Marshall Crutcher pointed out that if the board chooses a November timeline, the first debt payment would come in the fall, before the district would get revenue from the tax levy, versus waiting until April.

“It all evens out at the end of the fiscal year, but you will be paying out before you’re being paid in,” said Crutcher. “It’s something that can be worked around, but it is something to consider.”

If the board opts to go with a higher bond issue with a 15-cent/30-cent split, about $46 million would be generated to use toward facilities. But Crutcher cautioned, “We cannot ignore the operating side,” and said the full impact from the pandemic on the upcoming school year is still unknown.

“If we’re thinking strategically down the road, the higher we are now the first time out of the gate sets us up better down the road, but because of COVID and the impact on the state budget and potential impact on local revenue, we got to pay a little bit more attention to the operating than we would have been talking about back in November into February,” added Gaines. “We’re going to need to protect the operations side as much as possible.”

Board member Larry Felton said that while the timing of the November election did not concern him as much, he was concerned with how to get the message out, especially if school is not happening in physical buildings.

“We know historically in November we get a much more diverse turnout. … I’m not sure what it’s going to be like this November in terms of turnout,” said Felton. “I think the challenge becomes probably not being able to do this in person a whole lot but how can we convey the message, whether it’s through video, parent-teacher conferences. … We would have to be more creative to get that message out. … This is going take an extraordinary effort to focus and reach people in different ways.”