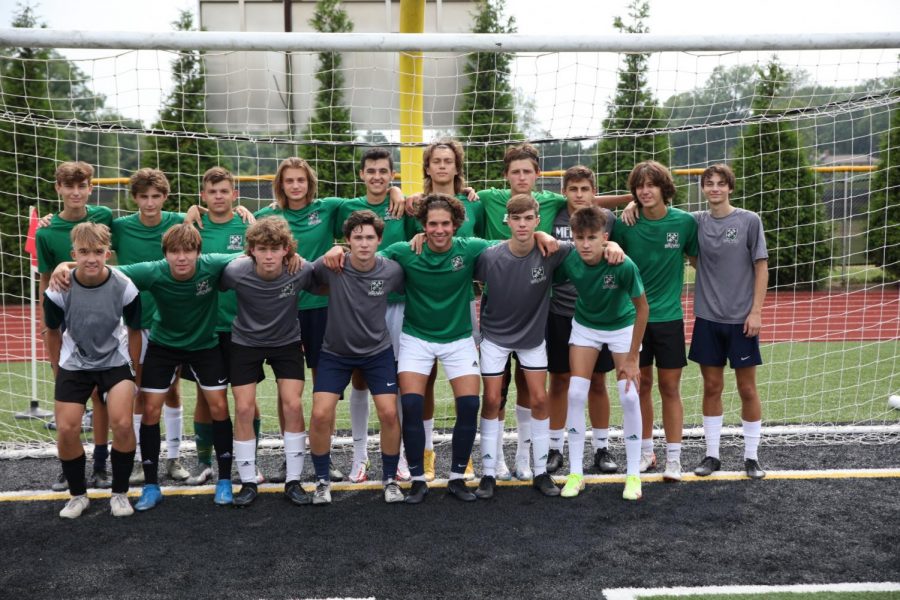 With 14 players returning from the 2020 season, the Mehlville boys soccer team is looking to improve on last year’s 6-5 record.

“We’re fortunate enough this year that we return a pretty experienced group,” Mehlville head coach Tom Harper said. “We had a lot of younger guys get playing time last year and I’m really happy with what we’ve got.”

Junior Will Raftery returns to the Panthers starting lineup at the forward position for the 2021 campaign. The all-state selection recorded seven goals and four assists over the course of 11 games last season.

“Will is a bonafide goal scorer that is willing to do whatever it takes to get us to win,” Harper said. “He’s got great speed on the wing and can do a lot of things for us.”

Joining Raftery at the forward position is senior Niko Cataranicchia, who is an all-conference selection that scored four goals and four assists for Mehlville last season.

“We could probably slot Niko into any spot in the lineup and he’ll be able to perform,” Harper said. “He’s the kind of player that makes everyone around him better because he plays at such a very high level.”

At midfield for the Panthers will be senior Dino Mahmutovic, who’s also an all-conference selection that tallied two goals and five assists in 2020.

“Dino’s got all the tools as a player and can hold down the middle of the field for us,” Harper said. “He’s a great leader on and off the field and knows the game better than just about anyone I know.”

Senior Meldin Sabotic will once again take on goalkeeper duties for the Panthers after garnering all-conference honors as he went 6-5 overall with a 2.10 goals against average.

“Meldin’s a humble guy that’s a vocal leader in the net and he really understands the team concept,” Harper said. “He has great hands and is just a great shot stopper.”

Mehlville starts the 2021 season at Timberland on Aug. 27.