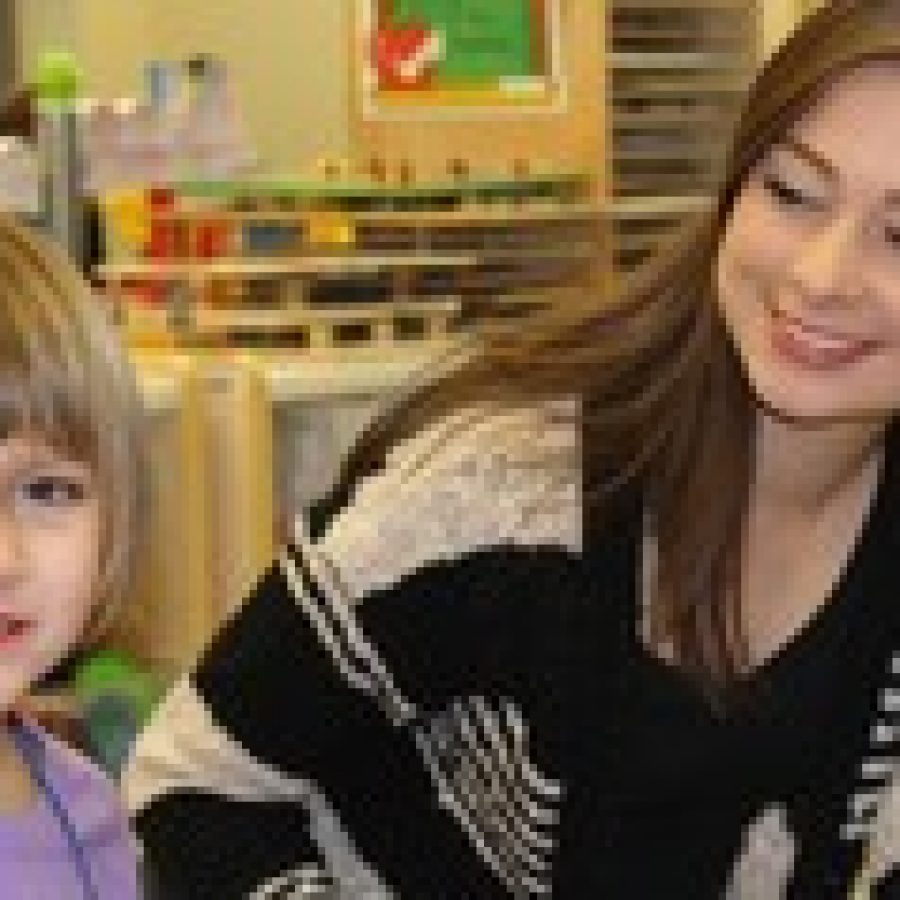 Judging by the smiling faces, it appears the gathering was a smashing success, according to a school district news release.

Mehlville High School Assistant Principal Jason Landherr stated in the release, “JCECC teachers did plan a few Thanksgiving-themed activities. But other than that, it was just about coming over and spending time with the students.”

It’s clear the preschool children look up to their older fellow students, the release stated.

“The annual buddy activity between Mehlville High School and John Cary Early Childhood Center has been a tradition for over 10 years,” Early Childhood Director Ann Westbrook stated in the release. “It creates an opportunity for our high school buddies to be the role models, interact with our young learners and reinforce valuable social skills.”

Mehlville High senior Erin Chlanda stated in the release, “I’m so glad I got to come.”

Senior Julie Meyer added, “I absolutely loved spending my day with the kids. It definitely encouraged me to pursue a career in education.”

Alison Wade added, “Seeing the smiles on these kids’ faces was an award on its own.