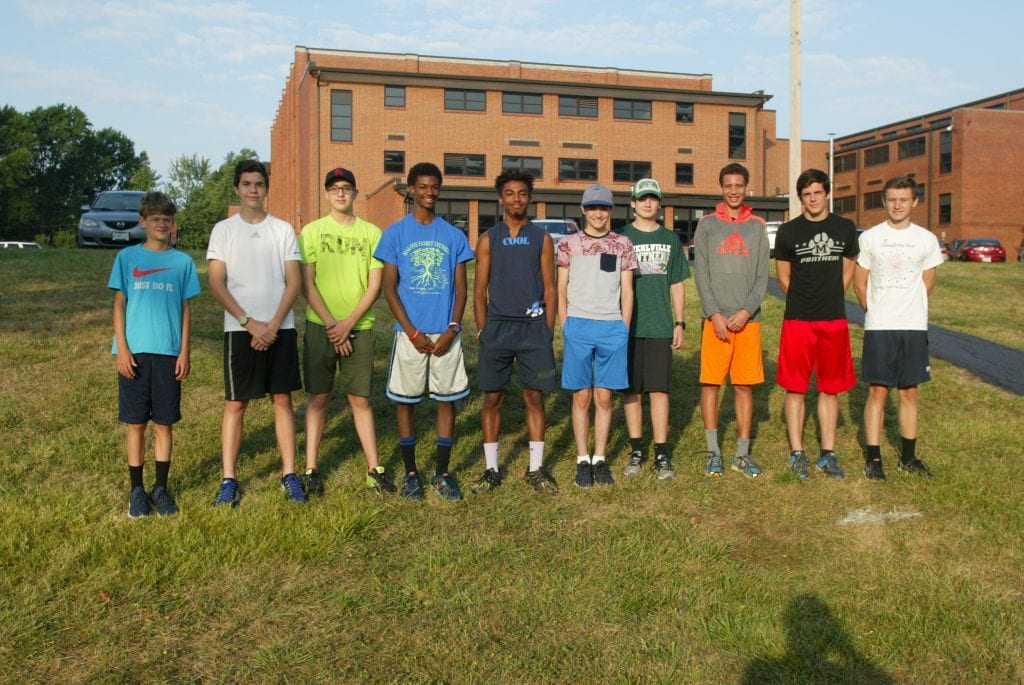 With the 2017 season underway, the Mehlville High School varsity boys’ cross country team is gearing up for success this year.

Head coach Mark Ehlen told the Call he expects his runners to improve all season long.

“My expectation for the boys’ team is simple — to be collectively racing and competing at our best in mid-October,” he said. “We do this and we will be progressively competitive with each race.”

Several personal best times, a solid district finish and a sectional qualifier are positive factors to build on from last season, while returning varsity runners will help lead the pack.

“Seniors are our largest group among the boys’ team this season,” Ehlen said. “Senior Mack Smith will be our team captain this season. Mack will bring enthusiasm, a contagious work ethic and leadership to our freshmen, sophomores and juniors.

“His leadership will be an instant strength of this season’s team,” the Mehlville coach added.

With a senior-loaded roster and some new talent, the Panthers are looking to take advantage of experience and some friendly competition to boost their success, according to Ehlen.

“Four seniors will be returning this season from last season’s district team, which should yield a more-confident racing ex-perience at meets,” he said. “We also have two newcomers who will make our top five more competitive both at practice and at meets.

“Our varsity level returning runners are Kaelin Triggs and John Williams. We will be adding three freshmen. It’s exciting to watch their enthusiasm for the process of becoming competitive distance runners,” Ehlen added.

Triggs is a returning sectional qualifier for the Panthers.

Areas the Panthers will need to focus on this season, according to Ehlen, are “the team’s early season collective conditioning and managing fatigue over the course of the season.”