Mehlville girls volleyball has good talent ‘across the board’ for season 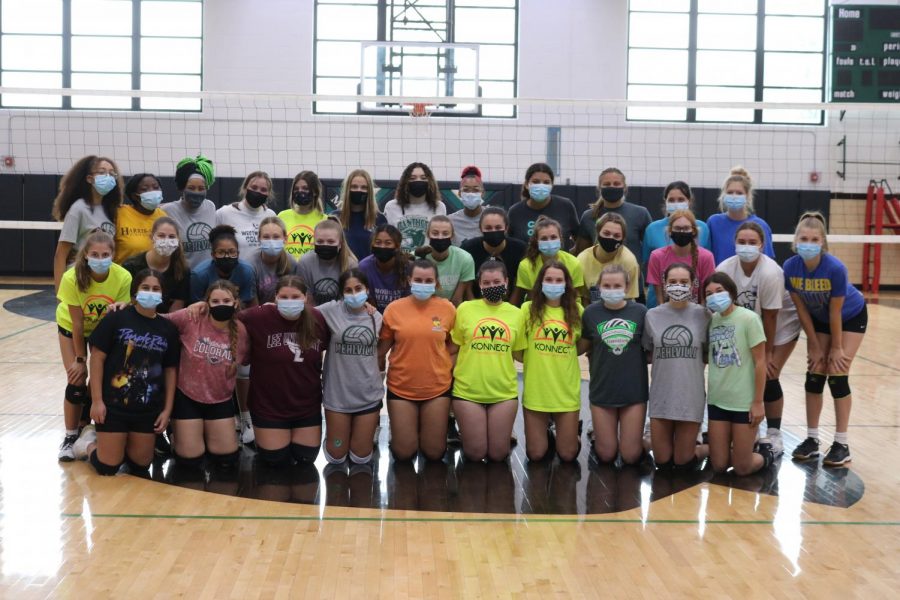 As the start of the 2021 season nears, the Mehlville girls volleyball team is hoping that a squad with nine seniors will help the Panthers improve on last year’s 5-7 record

“We had 55 girls tryout this year and we have nine seniors on this year’s team, so we have some good talent across the board,” Mehlville head coach Alexis Fetsch said. “We’ve been working hard and I think that we are going to be balanced on offense and defense.”

Senior setter Emma Johnson returns after appearing in 14 games for the Panthers in which she racked up 94 assists and 34 digs.

“Emma played varsity last year so she has the knowledge to play at this level,” Fetsch said. “We’re looking for her to take a leadership role on this year’s team with that experience.”

Also seeing time at setter this season is senior Allison Shroff. In 2021 Shroff recorded 10 aces over the course of 32 games.

“Allison has a great personality on and off the court,” Fetsch said. “She’s the type of player that picks the team up whenever they’re down.”

At middle hitter this year will be seniors Abby Williams and Dee Penny. During the 2020 season Williams tallied 17 kills and 14 blocks while Penny recorded 36 kills and 16 blocks.

“Both Abby and Dee are quick, tall and athletic players,” Fetsch said. “Both are very hard workers.”

Seniors Allison Mohrhard, Emily Vandover and Riley Schoenbeck will see action at right side hitter for the Panthers.

“All three of them are very coachable kids,” Fetsch said. “They all know what to expect this season while playing at the varsity level.”

Seniors Taylor Scott and Allison Trosky will take on the defensive specialist role this season after Trosky took a break from volleyball during the 2020 season. Scott racked up 79 digs over the course of 33 games last year.

“Taylor goes after every ball on the court and is a very coachable player,” Fetsch said. “Allison is a very hard worker thats coming back after a year off and I think that she’s coming in at the same level as everyone else on the team.”

At outside hitter for the Panthers will be junior Lana Hong. Last season Hong appeared in 33 games in which she recorded 120 digs, 58 kills and 10 aces.

“Lana’s been on the varsity team since her freshman year and is a very consistent and knowledgeable player of the game,” Fetsch said. “She comes in and wants to improve every day.”

The Panthers host Lindbergh at home on Aug. 31.