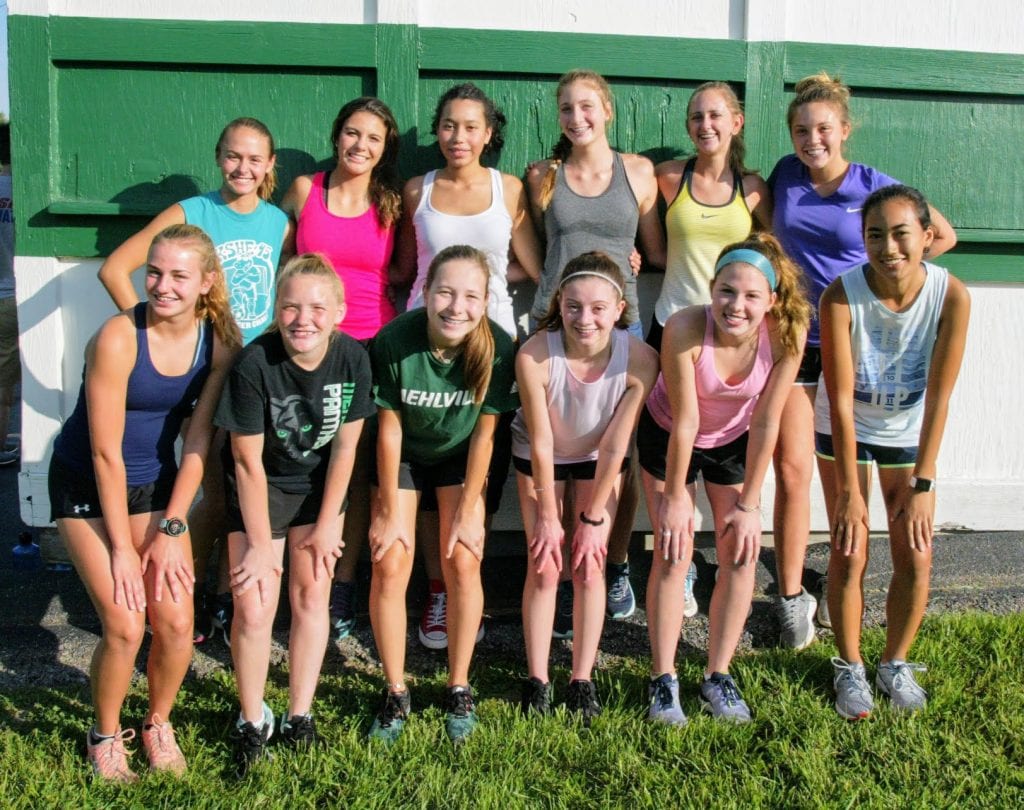 The  Mehlville High girls’ cross country squad has already shown up this year, and they hope for some sectional qualifiers, head coach Mark Ehlen. Photo by Bill Milligan.

The  Mehlville High girls’ cross country squad has already shown up this year, and they hope for some sectional qualifiers, head coach Mark Ehlen. Photo by Bill Milligan.

The Mehlville High School varsity girls’ cross country team made history in 2018, even before they ran their first race.

While the turnout is still lower than the numbers trying out for West Plains this season, Ehlen has seen encouraging signs from Mehlville’s athletes since he took over the reigns of the program a few years ago.

He’s similarly encouraged by this year’s crop of talent.

Team captain Emily Pesselato is back after qualifying for sectionals last year.

And the team’s top runner, Emma Hubbell, returns after finishing 32nd in the state last year.

“We’re hoping for a repeat, and we’re hoping to get at least two or three girls to state this year,” Ehlen said.

“The girls’ team hopes to finish in the top five or six in our district,” Ehlen said. “We return all our runners, we have no seniors, we’ve got several juniors. And they have plenty of opportunity to improve.”

The top five runners probably have three minutes between their finishes, he added.

“We’ll have a successful season if we get a third runner into sectionals from our varsity team,” Ehlen said.