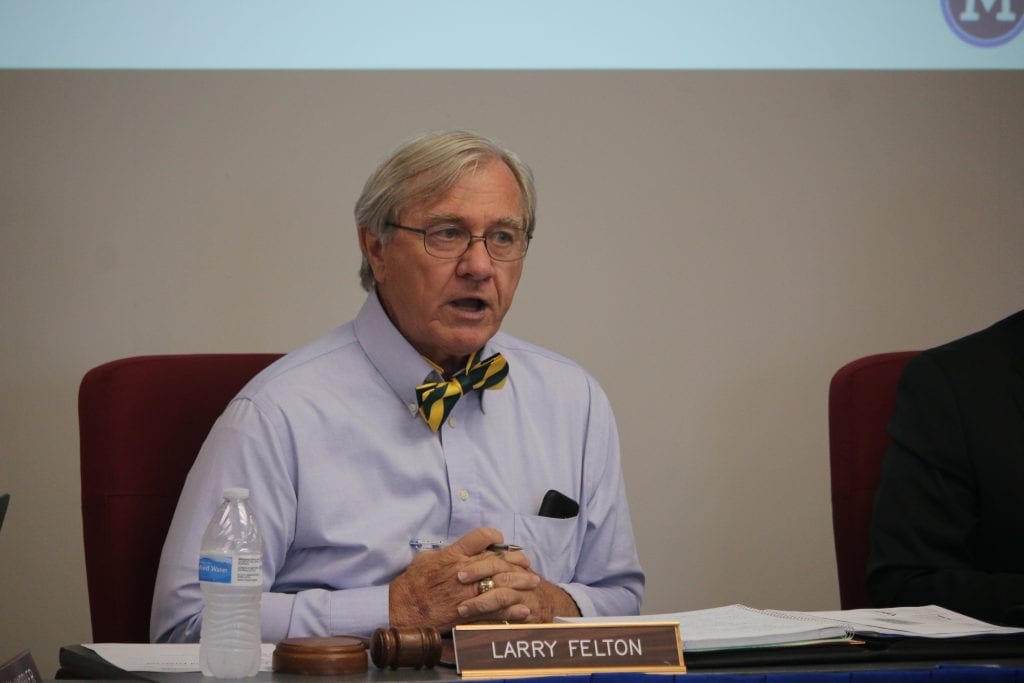 Larry Felton speaks at a 2018 meeting while wearing a bowtie.

The Mehlville Board of Education started a legislative advocacy committee this year to stay up to date on bills and legislation being considered by the Missouri General Assembly that could affect public education.

The school board established two advocacy committees at the Dec. 17 meeting via charter: A Mehlville School District Advocacy Committee and a Board of Education Advocacy Committee. Both are charged with much of the same thing — developing and reviewing the district’s “Advocacy Priorities” document and tracking local, state and federal legislation that may affect the district.

The district uses the document when it meets with local elected officials to guide conversations, and the advocacy committees are also in charge of scheduling meetings as needed with local representatives.

At the Jan. 21 board meeting, board director Larry Felton said he suggested the idea because he wants to give the board a better understanding of legislation.

Felton added that he believed it was important that members for both committees be the same to help with continuity and understanding of the issues: “Continuity — that’s  going to be important.”

Board member Jean Pretto, who has previously run for state representative twice in the 94th District, volunteered to serve on both committees, alongside Felton and board member Jeff Wolman.

So far this year, the committee has met three times. The legislative session ended May 14.

Editor’s note: This has been updated with the correct spelling of Jeff Wolman’s name and clarified Larry Felton’s position on the board.