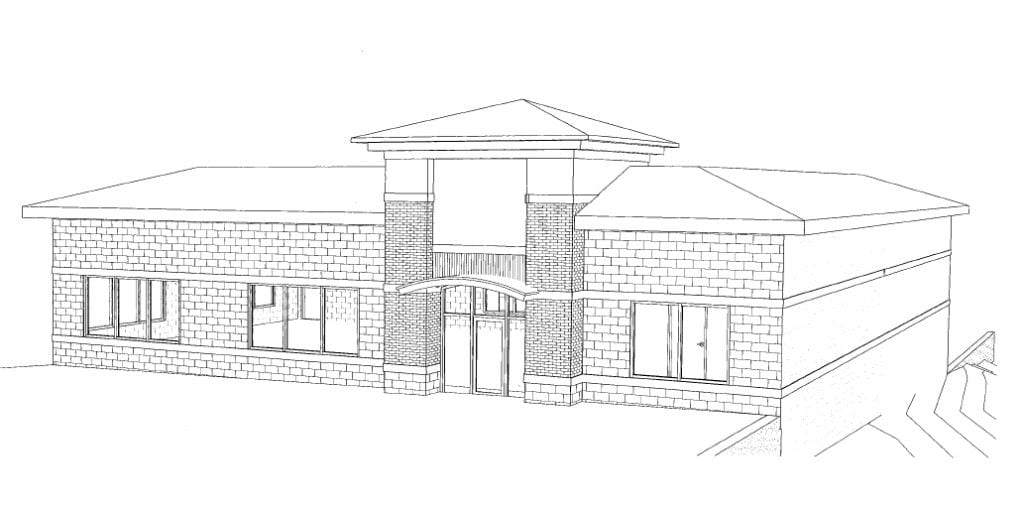 Construction of a multipurpose training center at 4471 Baumgartner Road could be completed in late October or mid-November, according to a tentative timeline recently presented to the Mehlville Fire Protection District Board of Directors.
Roy Mangan of Archimages, which has provided architectural and engineering services for three firehouses the district has constructed since 2009, outlined the tentative timeline to the board earlier this month.
The county Planning Commission voted last month to recommend approval of the fire district’s rezoning request for the 3-acre site purchased last January from Canaan Baptist Church for $213,000.
The property is on the north side of Baumgartner Road and the south side of Old Baumgartner Road, roughly 1,150 feet east of Baumgartner Industrial Drive.
At last week’s County Council meeting, 6th District Councilman Ernie Trakas, R-Oakville, moved to have County Counselor Peter Krane draft legislation approving the fire district’s rezoning request.
MFPD officials requested a zoning change to C-8 Planned Commercial District and FPC-8 Flood Plain Planned Commercial District from an R-2 15,000-square-foot Residence District and FPR-2 Flood Plain 15,000-square-foot Residence District for the site.
As proposed, the two-story training center would include 2,800 square feet for a classroom and training area, 2,800 square feet of lower-level storage and a 3,400-square-foot vehicle storage garage.
The lower level would be accessible only from the rear of the building. Facing Baumgartner Road, the building would be 13 feet in height, while the rear of the structure would be 26 feet in height.
The center also would include a separate two-story training and burn tower encompassing a total of 2,200 square feet, and a separate outbuilding for storing burn materials.
Mangan told board members that he intends to ask the board’s permission on March 7 to seek bids for the project, which could cost from $1,965,200 to $2,648,000, depending on the materials used.
That estimate also includes $500,000 for the burn tower.
The tentative timeline calls for opening bids in early April and awarding the construction bid later that month. Construction could begin at the end of April or early May, Mangan said.
Board Chairman Aaron Hilmer previously told the Call that funding for the training center will come from capital fund reserves.
The Refuge church currently is located on the site where the training center will be constructed and is slated to be demolished.
Two bids for asbestos abatement, demolition and removal of asphalt pavement at the site were opened by the board Dec. 27.
Marschel Wrecking of Fenton submitted a bid totaling $124,939 for the work, including $44,878 for asbestos removal, $63,811 for demolition and $16,250 for removal of asphalt pavement.
Spirtas Wrecking Co. of St. Louis submitted a bid totaling $119,160 for the work, including $46,500 for asbestos removal, $57,860 for demolition and $14,800 for removal of asphalt pavement.
Chief Brian Hendricks told the board Jan. 10 that Mangan recommended excluding the removal of asphalt pavement from the work and adding the removal of asphalt pavement to the scope of work for the construction project’s general contractor, who then could decide when to remove the pavement.
The chief then recommended the board award a contract to Spirtas totaling $104,360 for asbestos abatement and demolition, noting the bid was lower than Marschel’s bid of $108,689 for the same work.
Board members voted unanimously to award the contract to Spirtas.