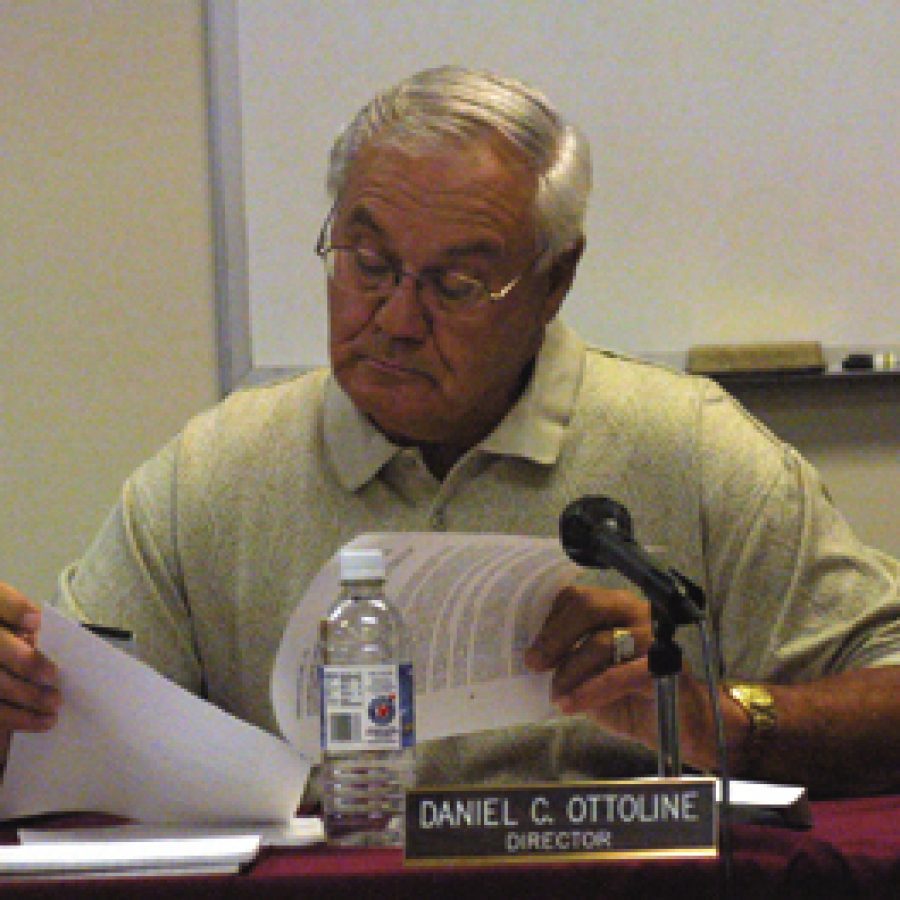 A consultant will assist the Mehlville Fire Protection District in reducing workers’ compensation costs and implementing a mandatory fit-for-duty policy, the Board of Directors has decided.

The board voted 2-1 last week to hire Bar-bara Cullen of Medical Services Manage-ment to assist in formulating new workers’ compensation guidelines and a minimum level of fitness policy.

Board Chairman Aaron Hilmer and Treas-urer Bonnie Stegman voted in favor of the motions, while Secretary Dan Ottoline Sr. was opposed.

Noting he raised the topic of workers’ compensation several months ago, Hilmer said Nov. 30, “… As I’ve been able to dig into it a little deeper, there’s some troubling items there. Since the year 2000 our premiums have gone from $330,000 a year to $893,000, roughly a 270 percent in-crease. Our claims have also gone up more than twofold.”

Barbara Cullen of Medical Services Management had submitted a proposal to serve as a consultant to assist the district with control and cost containment of worker’s compensation injuries, the chairman said.

“What Mrs. Cullen will do, she’s going to help us draw up new work comp guidelines and institute them and then we’ll put them into our district rules and regulations …,” Hilmer said. “Until we give her the go-ahead, she won’t be able to do all the consulting work to draw up the final proposal, but some things that she has told me in advance she will cover (include): We’re going to decrease the compensation given while someone’s on workers’ comp. The entire workers’ compensation process will be taken out of our hands except for basically filling out the TPA (third party administrator) form. It will be outsourced, really, to MSM (Medical Services Management). They’re going to schedule the doctors. They’ll pick where they go. The rehab. De-cide different types of duty the people will be able to perform while unable to perform their regular duties.

“She’ll also perform — or have PRORehab perform a baseline on every employee. That will give us a guideline to where they presently are so in case of injury we’ll know where they need to be rehabilitated to …,” he added.

Hilmer made a motion to hire Medical Services Manage-ment as a consultant, but Ottoline interjected, “… Like everything else, can we have a little time to digest this rather than cram it down our throats and vote on it?”

Ottoline interjected, “You think. You think. Well so are the others are ongoing.

Hilmer asked, “Did you get it in your packet?”

Ottoline said, “Yes. You know I did.”

Hilmer said, “Good. I have a motion on the floor. Is there a second?”

Stegman seconded the motion and Hilmer asked if there was any further discussion.

“Hearing none. I call the question,” Hilmer said.

Hilmer and Stegman voted in favor of the motion, while Ottoline was opposed.

Ottoline also voted against hiring Medical Services Management as a consultant to assist district officials in formulating a minimum level of fitness policy.

Hilmer said, “… Something else that Medical Services Management will consult us on is a minimal level of fitness or a fit for duty policy … MSM will also be a consultant to help us draw up a policy to be placed in our rules and regulations, most likely be administered by PRORehab. It will be based on a person’s job description. This will not be optional, but mandatory … Once we decide what the test will entail, being able to pass it will be a requirement to maintain employment …”

Stegman said, “Dan, we’ve been talking about this since …”

Ottoline interjected, “But you haven’t got any details. Yeah, we’ve been talking about it. I’m for fitness. Don’t get me wrong. But give me some details. What’s going to happen?”

Hilmer replied, “That’s why we’re going to hire her (Cullen) as a consultant so she can bring those things to us.”

Hilmer responded, “She’s given us her proposal, her hourly rate. She will engage in that once we authorize it and then we will take it from there to authorize the final policy.”

Ottoline said, “How much is this going to cost?”

Hilmer said, “Did you get the sheet in your packet?”

Ottoline said, “How much is this going to cost?”

Hilmer replied, “It will be $85 an hour. To draw the initial product up will not incur a major expense in her opinion.”

Ottoline said, “We’re worried about saving money here and then all of a sudden we’re spending money. I would like some more information on it first.”

Hilmer said, “I call the question. All in favor?”

Ottoline interjected, “Same as the insurance people. They came in with proposals. Why can’t she come in with one?”

Hilmer said, “I just gave it to you. I’m going to call the question.”

Hilmer and Stegman voted in favor of the motion, while Ottoline was opposed.

In a separate matter, Dean Eggerding of the Hoffman Group Inc. presented proposals for medical insurance for district employees for 2006.