Mehlville cross country catches up from 2020 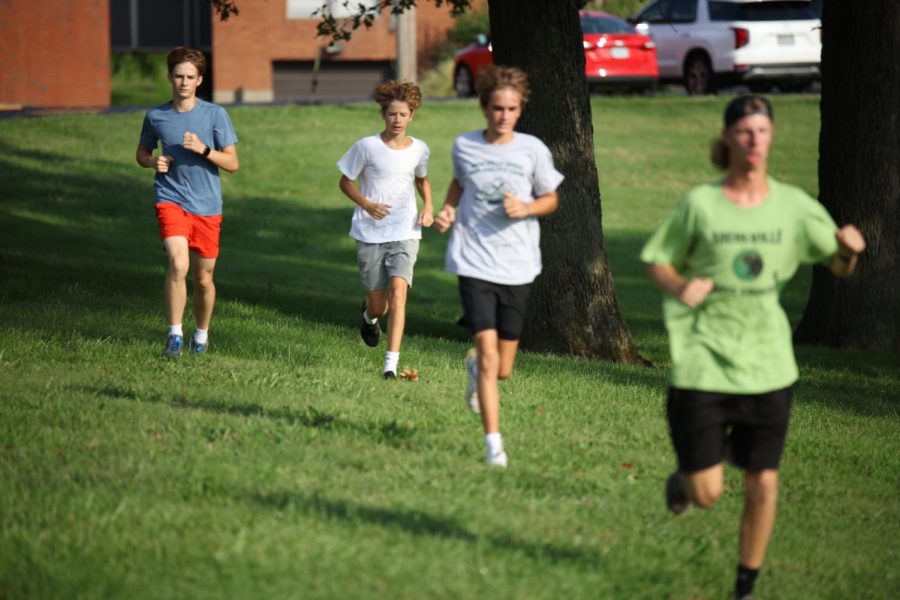 Despite suffering setbacks such as a smaller roster due to the COVID pandemic, the Mehlville Panthers have a solid core group of runners that are focused on doing their best with what they have to work with.

“We’ve got a good group of guys coming back for this season,” Mehlville head coach Jay Holtmeyer said. “The big thing was that we couldn’t train most of last season, so we’ve got a lot of catching up to do from last year. We’ve got some holes in our roster due to COVID.”

Matt Berhorst is the lone senior on this year’s squad who also plays for the Mehlville baseball team as a right fielder and a pitcher.

“Matt’s a baseball player that runs with us,” Holtmeyer said. “His goal is to finish well at districts and we’re hoping to see him provide some key leadership roles on the team.”

Holtmeyer is looking for junior Mike Jones to put himself in position for a chance to compete at the state championships this fall.

“Mike is a 4.0 student that has really put on the muscle and his goal is to go sub 18 minutes this season,” Holtmeyer said. “If he can run that fast, it could qualify him for state this season.”

Junior Evan McClusky is another upperclassman that will provide a critical leadership role for the Panthers this season.

“Evan’s a great leader and the kind of kid that’s easy to coach,” Holtmeyer said. “We’re hoping to see him help us finish well at districts this year.”