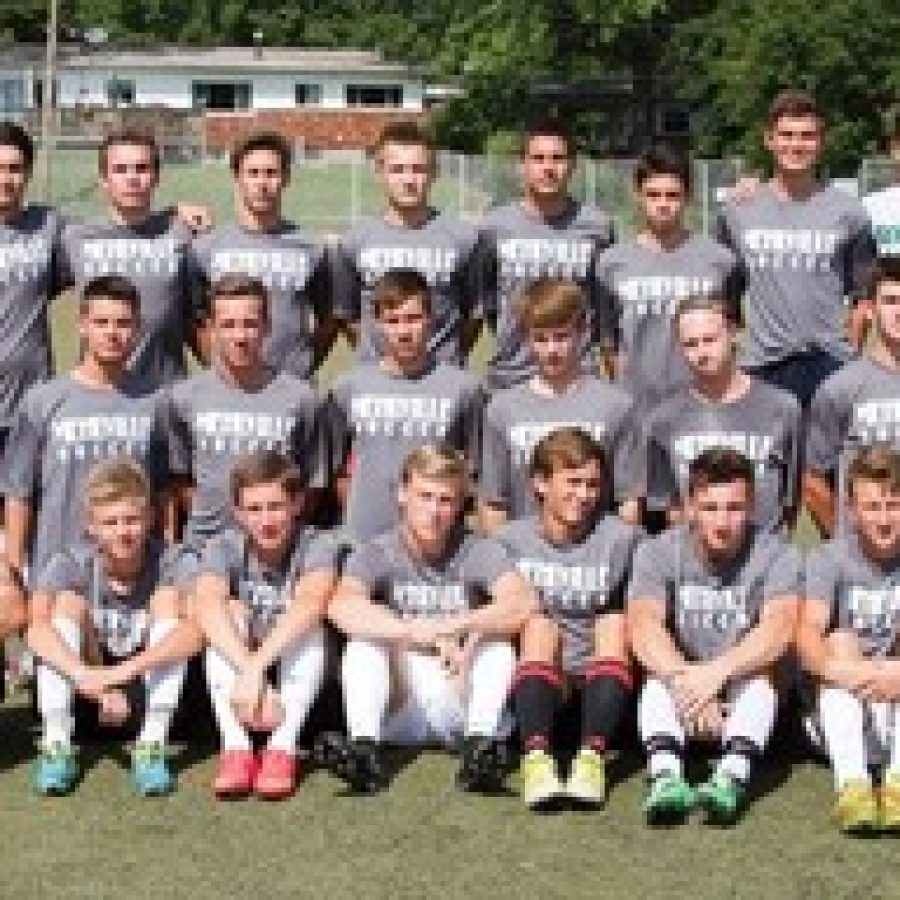 The Mehlville High School varsity boys' soccer team was set to take on the Northwest Lions, who beat Eureka to win their district title, at 6 p.m. today — Tuesday.

After a seven-year drought, the Mehlville Senior High School varsity boys’ soccer team won its first district title since 2007 with a 3-1 victory over the Oakville Tigers last week.

The victory was even sweeter for the Panthers because not only did they beat their biggest rival, but the Tigers have stood in their way more than once during the drought.

Mehlville head coach Tom Harper said he expected it to be a hard-fought, back-and-forth game, which it was, and his focus prior to the game was coming up with the right strategy for success.

“We’ve played each other enough times over the years,” Harper told the Call. “We’ve got a pretty good sense of what the other one does and what our tendencies are, but we put together a game plan and we tried to match up as best as we could. I thought we gave ourselves the best chance to win with the efforts we put in. Like I said, it was back and forth. It was physical. Everything you would expect in a district final.

“Our kids, we talked to them and they talked to us about what it meant to them to get that far and what they wanted out of it. You could just tell that they weren’t going to be denied on a lack of effort or a lack of execution on that night.”

Oakville head coach Dave Robben said he was proud of the way his team played up until the final whistle and echoed Harper’s comments about the nature of the game.

“It was a typical Oakville-Mehlville all-out, back-and-forth thriller with 80 minutes of high-energy soccer,” Robben told the Call. “Exciting attack play combined with tight marking and aggressive defensive play at both ends of the field made it a highly charged competitive match that could have went either way.”

Abdulah Jahic, Mehlville’s leading scorer, kicked in the game-winning goal on a penalty to give his team the lead, but it wasn’t until late in the second half when Amir Huskanovic scored the third goal that Mehlville started to felt some of the pressure lift away.

“Fortunately for us, we were able to get that third goal with about 10 minutes to go. That kind of relieved a little bit of the pressure. Otherwise, in our opinion that last 10 minutes was going to get, I guess, exciting is the word for it. It would have been very interesting to see how the last ten minutes played out,” Harper said.

Mehlville has always been a hub for high-level varsity soccer among a group of quality programs in the Suburban West Conference along, but this year’s group seems to have an edge over the competition, according to Harper.

“I think it’s just the commitment that these kids have made,” he said. “Starting at the end of last year, the lack of satisfaction that they had in the season and as soon as we started preparing this year, you could tell that this group had a different level of commitment and they wanted to make a change.

The Panthers were set to take on the Northwest Lions, who beat Eureka to win their district title at 6 p.m. today — Tuesday.

Mehlville faced Northwest in the regular season and came away with 3-0 victory, but the coaching staff nor the players are going take that earlier sucess for granted.

“They are very dangerous. They are just like any other team at this time of year,” Harper said of Northwest. “They’ve got enough good players in the right positions that they’re going to pose a threat, and they’re going to be a handful for us and a dangerous team. So we are not taking it likely because we beat them in the regular season.

“We know that if we mess up and we make mistakes that it could cost us our season, so the boys are very focused. They don’t care what happened earlier in the year. They understand how good they are and how good they can be.”