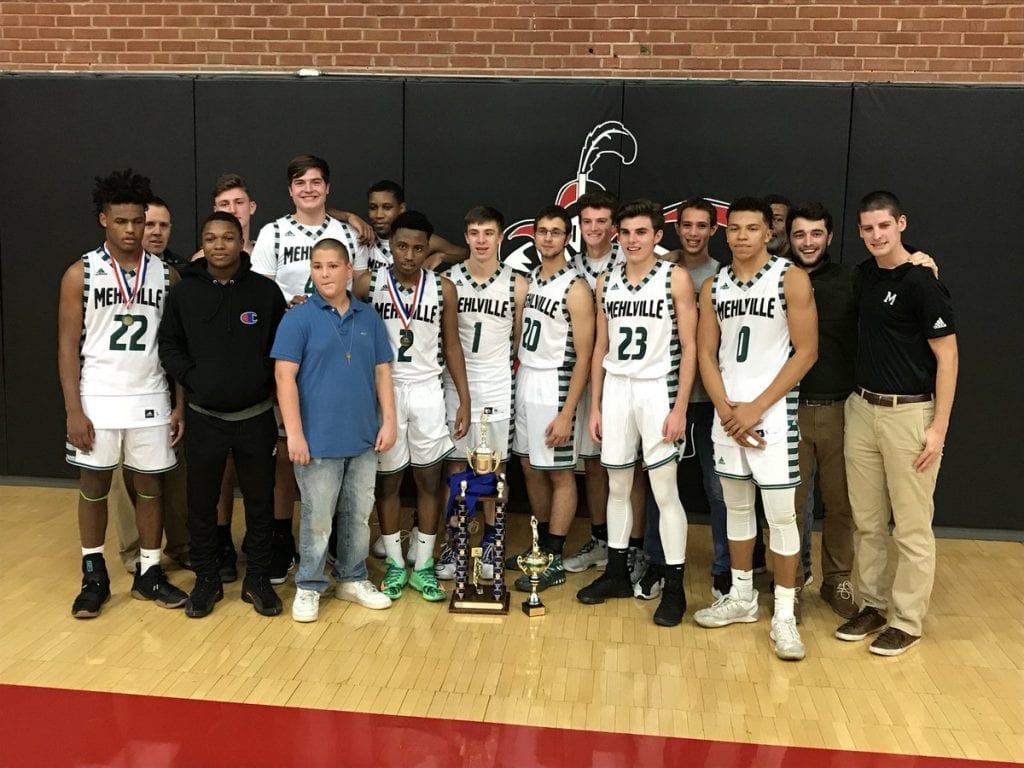 The Mehlville High School varsity boys’ basketball team won the annual Southside Classic Tournament last weekend.
Panthers head coach Andy Guethle said winning the tournament championship was a great start to the 2017-2018 season for his squad.
“It’s my first time in my 15 years as head coach,” Guethle said of winning the Southside Classic. “I feel as a team we get better toward the end of the season, which we like, but it was good to come out and play well toward the beginning of the season.”
The difference for the Panthers in this year’s tournament is the team’s commitment to defense, according to Guethle.
“I think our defense is pretty much what carried us through the tournament,” he said. “We’ve got some pretty athletic kids and we’ve got them committed to guarding, so our defense definitely carried us through the tournament.”
To start the tournament, Mehlville crushed Bayless High 72-36, then followed up in round two with a squeaker, beating Lindbergh High 36-35.
In the championship game, the Panthers held off John Burroughs 55-48 with some key free throw shooting late in the game by Jaylan Valentine. Valentine, Doron Adams, King Waller and Carson Ulrich carried the offense throughout the tourney.
Panther fans are encouraged after the win and look forward to a great season of Mehlville basketball.
Guethle said the key for continuing success comes from the team’s culture.
“I think that our culture in our locker room is going to be the key for our upcoming success. We’ve got to continue to support each other, play harder than our opponents, and we are trying to do a good job on the defensive end,” the Mehlville coach said. “We’re committed to communicating on defense.
“I think just like we talk about every day, concentrate on your defense and offense will come. Your offense will come. And I give the guys a lot of credit, they’ve bought in to guarding and we are more capable.”
The Panthers were set to head to Parkway Central Tuesday — after the Call’s press time — to try and continue their roll.