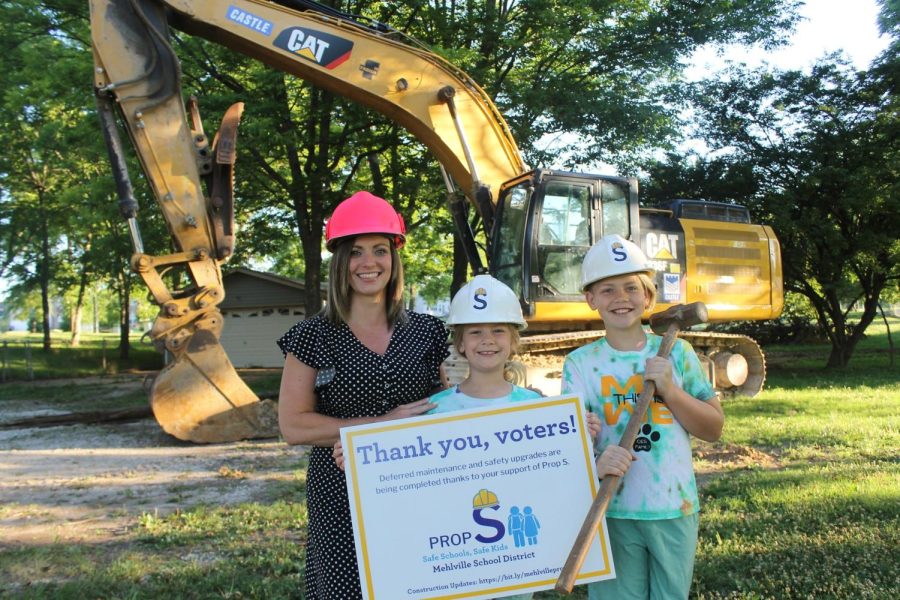 The Mehlville Board of Education voted unanimously June 23 to formally remove the Mehlville High School stadium restroom renovations and the transportation building renovations from the district’s Proposition S project list, the 2021 $35 million bond for facilities improvements.

“Every day it is more and more clear that we are not going to have the funds for all of the projects that we want to do, and these were the two after our community engagement … that would be the first to be eliminated,” Superintendent Chris Gaines said.

Prop S, approved by voters in April 2021, is a $35-million no-tax-rate increase bond measure to be used for facilities and security upgrades at all of the district’s buildings. However, rising construction costs and supply chain issues have pushed projects past their original budgeted amounts. The measure originally included about $5.43 million in contingency funds for unforeseen issues but Gaines said that combined, projects are about $8 million over budget.

“We continue to hear more and more about escalating construction costs … We’ve kind of known for some time that doors, storefronts, all that kind of stuff, there’s been some delays and long lead times in getting that,” Gaines said. “Based on that, at this point, we think it’s time to move forward with the formal elimination of the Mehlville High stadium restrooms and new transportation building.”

Gaines estimated that eliminating those projects would free up $3.3 to $3.6 million. Additionally, the board approved a resolution in April allowing the district to utilize Elementary and Secondary School Emergency funds and money from 2015’s Proposition R and 2016’s Proposition A to defray some of the costs, as well using the district’s capital fund. Tapping into other funding sources also frees up an additional $3.3 million.

Board Secreaty Jean Pretto questioned if it would be possible to just push the MHS stadium restroom project and new transportation building lower on the “to-do” list rather than eliminating the projects completely. Gaines said that would only be “kicking the can down the road.”

“As of today, I am 99.9 percent confident that we will not do those projects, so why kick that can down the road? I mean I pretty much know it right now, so why continue to tease people that we might do it,” Gaines said.

“We’ve been kicking the can down the road progressively. We put it tentatively that it wasn’t going to happen much to our chagrin,” Hassler said. “I think that we just have to put it into a strategy for the future for sure, we just can’t forget about it.”

“We got a list of over $200 million in projects that need to be done … we got enough projects for a massive bond issue or capital expenditure of some sort because it wasn’t done for so long,” Gaines added.

Director Grace Wright, a project manager for Great Rivers Greenway, said formally eliminating the projects from the list made sense from a planning perspective and would make it easier moving forward to plan other projects. The district is looking into hiring a project manager to oversee Prop S and had interviews with two construction management firms June 22.

“The reason I think that we need to take it off formally … so that it gets off our books and we can actually begin planning what’s reasonable,” Wright said.

Across the district, several projects are underway and will be completed by the end of summer, including HVAC work at Beasley and Rogers elementary schools and roof work at Washington Middle.

There is about $2.5 million worth of Prop S projects already completed, with an additional $14 million currently being worked on.