Mehlville board to receive first look at proposed merit-pay plan

Plan would rank district goals above those for individuals 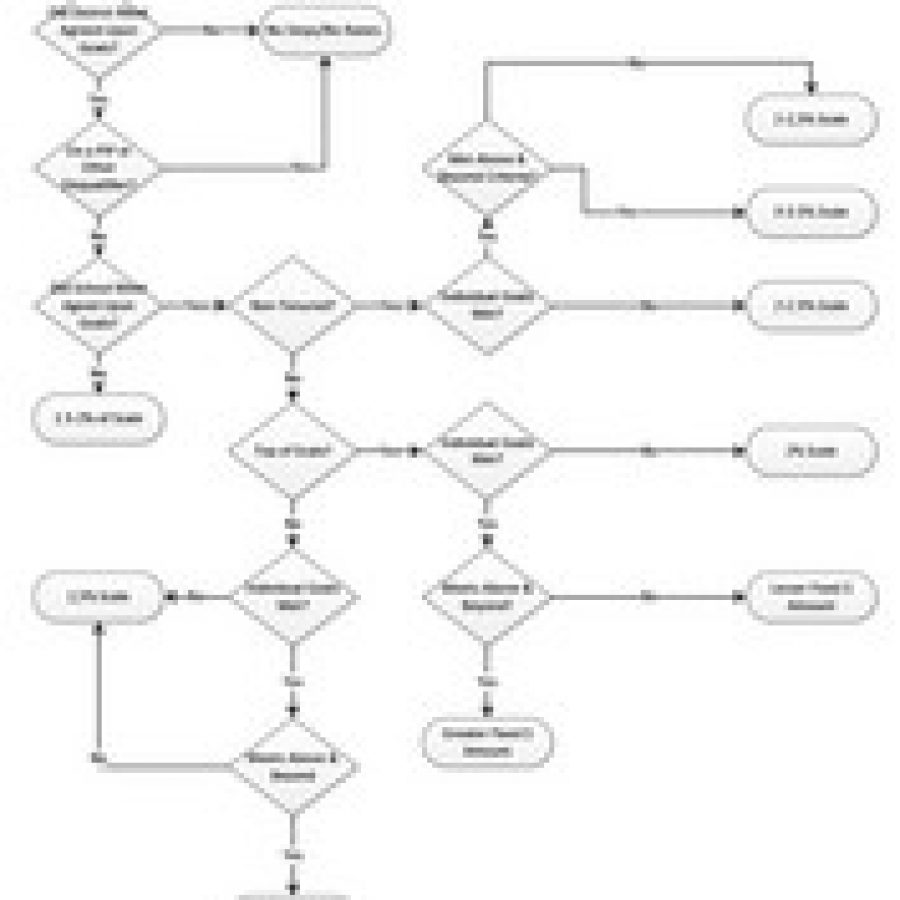 Responding to concerns that merit pay could discourage cooperation among Mehlville School District teachers, the Compensation Review Committee has submitted a plan that emphasizes district goals over individual ones when setting teacher pay.

The Board of Education is slated to get its first look at the plan when it meets at 7 p.m. today — Jan. 23 — in the Administration Building, 3120 Lemay Ferry Road.

The board will discuss the proposal and decide whether it wants to send the plan to the Mehlville National Education Association, or MNEA, for negotiations, as required by a memorandum of understanding, or MOU, signed by the board and the MNEA in its last round of negotiations in 2012.

As proposed, the plan ranks district goals above individual goals for teachers, with no pay increases for teachers if the district falls short of goals determined ahead of time.

That aspect of the plan won acceptance among teachers and administrators on the merit-pay committee who previously worried that rewarding only individual performance could damage collaboration among teachers.

Once the district meets its goals, teachers will get an across-the-board pay increase, unless they are on a Professional Improvement Plan, or PIP, following low evaluations on the district’s Performance-Based Teacher Evaluation, or PBTE.

If the district meets its goals and a teacher is not disqualified from a raise by an improvement plan, schools — and possibly other groups — would still have to meet their goals for a teacher to receive individual performance pay.

If the district, school and teacher meet their goals, final teacher pay would be calculated differently based on whether a teacher is new, without tenure, or is already at the top of Mehlville’s current pay scale.

The merit-pay plan would replace the current system that increases teacher pay at a predictable rate based on the number of years teachers have taught in the district and their education, with teachers generally earning more the longer they teach and the more degrees they earn.

Under Mehlville’s current pay scale, teacher pay starts at a base salary of $35,709 and tops out for those with two master’s degrees at $77,074, after roughly 19 steps.

Typically, a step equates to a year of experience, although in the past the Mehlville Board of Education has sometimes frozen steps.

Another $2,500 can be added to that top salary if a teacher earns a doctorate and national certification.

A key difference between the systems is that salaries will no longer be frozen at the top of the scale under merit pay — veteran teachers who meet district, school and individual goals could continue earning the designated merit-pay increase each year, with no limit.

The merit-pay proposal is primarily based off a plan proposed by Mehlville Board of Education and merit-pay committee member Elaine Powers, who collaborated on the final product as part of a merit subcommittee earlier this month with board President Mark Stoner, Oakville Middle School English teacher Derek Norton and Oakville High School counselor Steve King.

When she presented the plan to the merit-pay committee, Powers said that each step in the teacher pay scale typically equates to, on average, a 2.9-percent increase in pay.

A previous plan that the merit-pay committee proposed last spring ran into legal roadblocks after the district’s attorney, Charles Elbert from Kohn, Shands, Elbert, Gianoulakis & Giljum, said it looked like a bonus system, which is unconstitutional for public employees in Missouri.

With a bonus system off the table and a March 1 deadline looming, Powers took inspiration from a plan proposed by Norton last month that would reward teachers when the district meets its goals on the Missouri School Improvement Program, or MSIP 5, scores, eventually moving them up in pay compared to other St. Louis County school districts.

Powers liked Norton’s idea of rewarding group goals and developed her plan from there, after listening to concerns expressed by teachers in the merit-pay committee meetings over the past year.

Committee members shared their concerns that merit pay could spell the end of collaboration among teachers in the district if they worked toward individual goals rather than together.

“It had seemed to me all along that there had to be some way to do this that would address people’s concerns and yet include some style of performance pay,” Powers said. “It’s not a traditional performance pay, your corporate model, but I think it’s something that potentially could bridge the gap.”

The key factor driving whether the plan will work will be what the goals are for the district, schools and teachers to meet and who sets them, Powers noted.

Some of the possibilities for measuring the overall achievement of the district could include progress toward either Mehlville’s vision points or its Comprehensive School Improvement Plan, or CSIP, or its annual MSIP 5 scores.

Superintendent Eric Knost said that costs have to be considered with any merit-pay system, since the vast majority of Mehlville’s teachers could potentially rank in the top tier.

“I have high expectations, I drive this staff pretty hard,” he said. “So bottom line is, what’s to say when all is said and done that 90 (percent) or 95 percent of my staff doesn’t fall into the top tier? And what happens if that happens? Am I accountable for rewarding too many people? And what’s the metric for saying I did or did not do that?”

Since no one can accurately project how much the merit-pay plan might cost compared to the more predictable wages under Mehlville’s current system, Powers proposes pulling a sample of teachers for a pilot study for a year to see how their pay compares to that of the district’s other teachers.