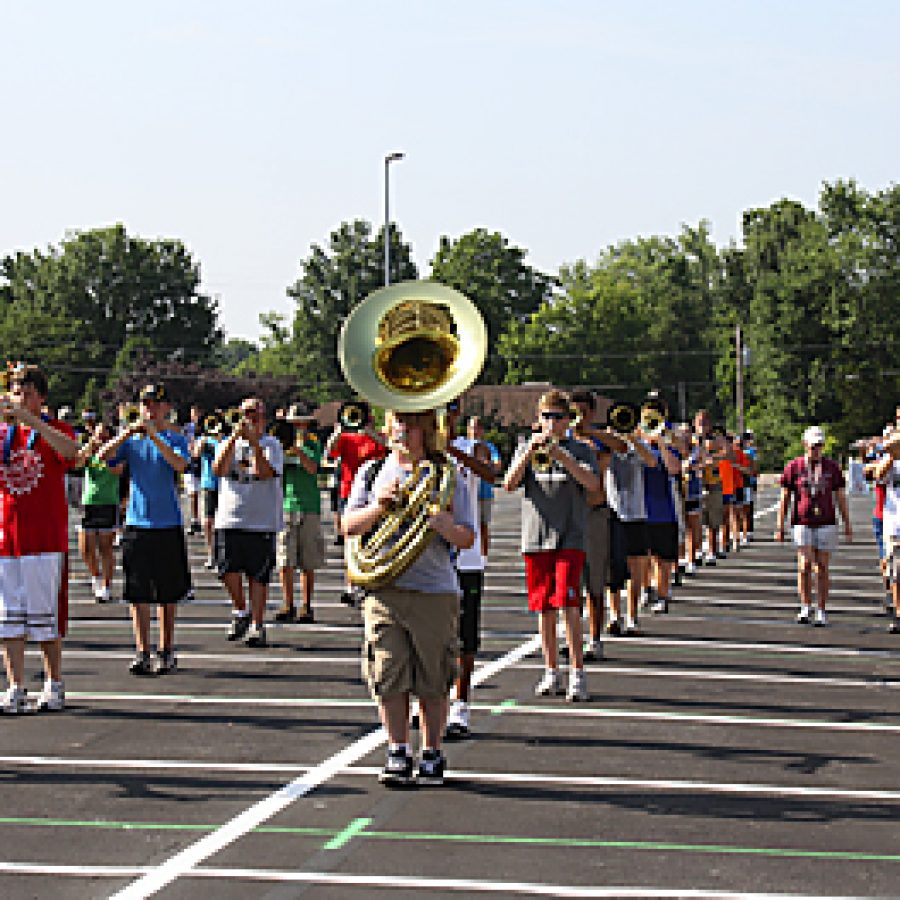 Lindbergh High School’s Spirit of St. Louis Marching Band last week kicked off five months of practice in preparation for a trip of a lifetime to the Tournament of Roses Parade in Pasadena, Calif., on New Year’s Day. From now until January, more than 200 students will build their endurance for the 5.5-mile parade route with marching, regular exercise and calisthenics. During the summer, the musicians perform and march Monday through Thursday on a high school parking lot that is painted to look like a football field. The stripes on the pavement help students practice their routines. The trip is estimated to cost about $400,000 and is being entirely supported by independent fundraising. To support the band, visit