Major League Soccer expected to announce today that St. Louis gets a team 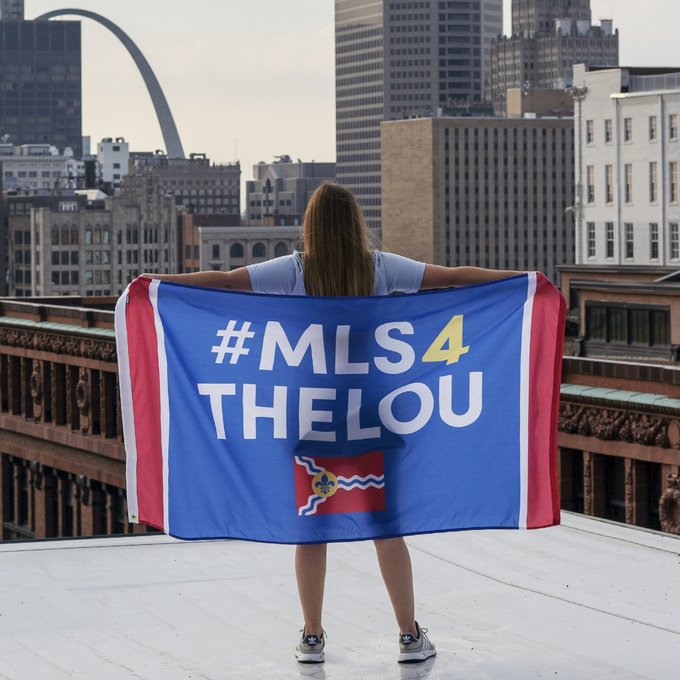 The #MLS4TheLou ownership group posted this image to Twitter just before the expected announcement of the St. Louis team.

The word on the street is that St. Louis is going to get a Major League Soccer team.

MLS Commissioner Don Garber is appearing in St. Louis today to announce that St. Louis has been selected as the site of the league’s 28th team, according to reports.

The team will play in a mostly privately financed $250 million stadium near Union Station, currently the site of Missouri Department of Transportation right-of-way near Interstate 64.

Neither MLS nor the organizers behind the ownership team in St. Louis, dubbed #MLS4TheLou, were officially talking about why Garber will be in St. Louis or what he could have to say.

The announcement will take place at 11:30 a.m. at The Palladium in the city of St. Louis, with owners Carolyn Kindle Betz, Jim Kavanaugh, Mayor Lyda Krewson and Board of Aldermen President Lewis Reed expected to be on hand.

We have received confirmation that @MLS Commissioner @thesoccerdon will be coming to #StLouis on Tuesday, August 20th for a press conference. Will the #STL bid to become the 28th club in #MLS turn into a reality? We know we can’t wait for tomorrow! #MLS4THELOU pic.twitter.com/pI6R2Y0FNK