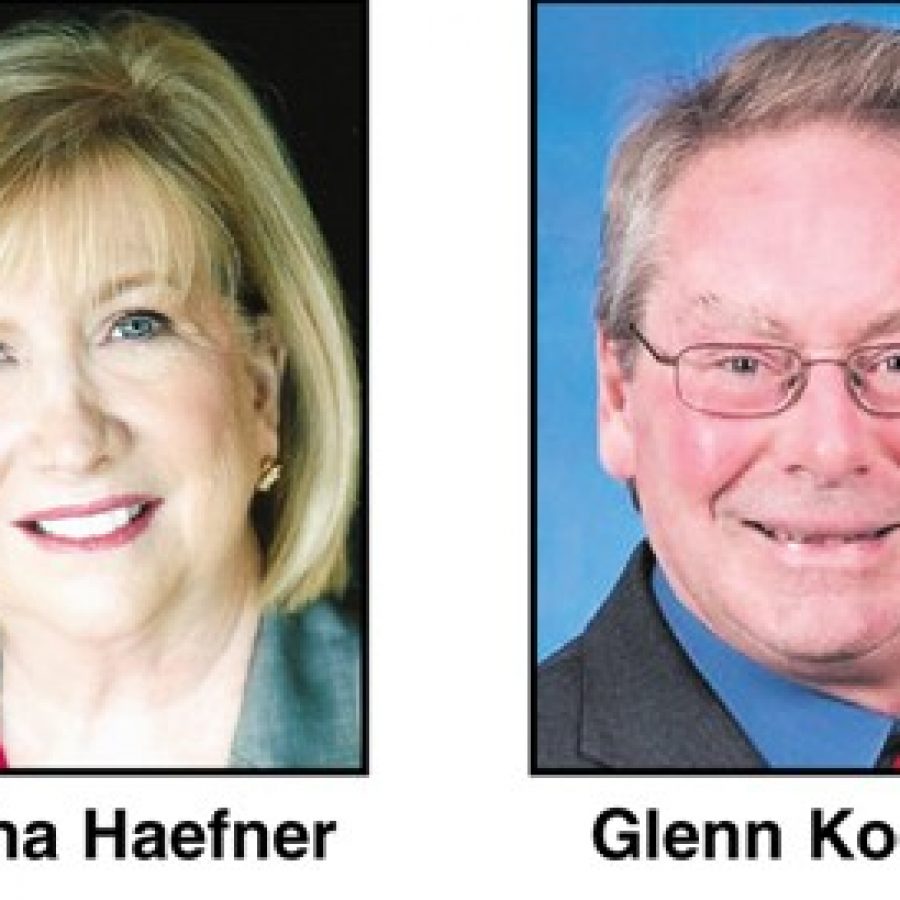 The races at the top may get most of the attention, but the south county candidates for Missouri House have been busy knocking on doors asking for voters to send them to Jefferson City next year.

Most of the local candidates for the Missouri House and Senate appeared last week at a South County Chamber of Commerce forum at the Tapawingo National Golf Club in Sunset Hills.

Sunset Hills’ incoming representative, David Gregory of the 96th District, already secured his pathway to Jefferson City when he won the GOP Aug. 5 primary against Dan Reuter. He is unopposed in the general election and will replace term-limited Rep. Mike Leara, R-Concord.

But south county is also home to one of the most competitive races in the Missouri House, the 94th District, a true swing district covering parts of Oakville, Lemay, Concord, Green Park and Sappington where Rep. Cloria Brown, R-Lemay, and former Rep. Vicki Lorenz Englund, D-Green Park, have traded the seat back and forth for eight years.

With Rep. Genise Montecillo, D-Marlborough, stepping down after six years representing the 92nd District, newcomers Daniel Bogle and Affton Board of Education member Doug Beck are looking to replace her in Jefferson City.

Rep. Jeanne Kirkton, D-Webster Groves, is term-limited this year, and two Webster Groves residents, Republican City Council member Greg Mueller and Democrat Sarah Unsicker, are seeking election to the seat, which represents most of Crestwood. They did not appear at the forum, and neither did Rep. Bob Burns, D-Affton, or his challenger for the 93rd District, Landry Sorbel.

In the 94th District, Englund typically wins in presidential election years, while Brown takes back the seat in odd years. But on a ballot that is seeing unusual races from top to bottom, anything can happen.

At the forum, Englund said she had always supported law enforcement, but has a deeper appreciation for all that police officers do on a daily basis after Officer Blake Snyder was killed in front of her house Oct. 6.

“I hope none of you go through that kind of trauma, but I will tell you it was a life-changing moment for me,” she said.

Brown has also emphasized her support for law enforcement and was one of the first attendees at Green Park’s Groovin’ on the Green concert last week to donate money to BackStoppers in honor of Snyder.

The experience re-emphasized the importance of setting aside differences and working across the aisle for change, Englund said.

“I have always tried to work across the aisle because good ideas are not the purview of just one party,” she said.

One of the key issues she and Brown differ on is right to work, which Englund opposes, but Brown supports as a check on the power of labor unions.

Englund also serves on the Lindbergh Board of Education. Since Brown is retired, she pledged to work full time on behalf of south county citizens’ interests in Jefferson City.

In Brown’s most recent stint, she has focused on combating human trafficking, a concern she shares with U.S. Rep. Ann Wagner, R-Ballwin. A bill she sponsored that came close to passing this year would require workplaces to hang posters with a 24-hour hotline for sex-trafficking victims to call for help. She serves on the Trafficking Task Force, which at her request, held a hearing on the issue in September at Mehlville High School.

“I believe in living within my means, I believe that the Legislature and Missouri needs to live within theirs,” Brown said. “We should save for a rainy day — you never know when the rainy day’s going to come. But the thing that really drives me is helping those who can’t help themselves.”

Oakville’s three-term legislator, Rep. Marsha Haefner, D-Oakville, also faces a challenger this year in Oakville Democrat Glenn Koenen, a retired executive director of a charity. A small-business owner in Oakville, Haefner is endorsed by the Missouri Chamber of Commerce. Koenen is the former president of the West County Chamber of Commerce and is endorsed by the Sierra Club.

Koenen retired as the executive director of Circle of Concern in Valley Park, a food pantry, after quadrupling the number of people the charity fed while tripling its budget and building a new paid-off facility.

In the House, Haefner has focused her time as appropriations chair on finding efficiencies in the state budget. Her efforts to sponsor bills mandating the reporting of suspected child abuse and adding congenital heart defects to newborn screening earned her the State Advocate of the Year Award from St. Louis Children’s Hospital.

Most of the state’s budget is tied up, leaving little room for optional spending.

To find money for schools, transportation and roads, Haefner has tried to implement controls on some of the largest areas of spending, such as social services, by hiring a third-party vendor to examine food-stamp recipients to see if they still qualify.

Haefner said, “I specialized in how to make the most of the money that you send to Jefferson City so that we can do more with it.”

Missouri can’t just settle for the status quo and has to look at investing in the future by fully funding the school foundation formula, building a transportation infrastructure that brings jobs to the state and sets the work force up with “the right jobs, the sustainable jobs, the full-time jobs,” Koenen said.

The Democratic challenger has knocked on over 8,000 doors during his campaign, and Oakville residents are worried about the state’s future, he said. They don’t want Missouri to be the “50-something” state.

“Yes, nobody likes taxes, but the question we have to ask is: What do we expect of our state, what do we want for our children?” he asked. “We have to look ahead.”

In the Beck-Bogle race, both candidates made the case that they will bring fresh ideas to Jefferson City.

Beck, a pipefitter, said he would bring his experience getting things done in the Affton School District to a statewide scale if elected. He also pledged to take no gifts from lobbyists, a rare pledge also made by another Affton board member-turned-legislator, Sen. Scott Sifton, D-Crestwood.

Although Bogle has never served as an elected official, he has worked with Jefferson City legislators as the communications director for the Missouri Grocers’ Association. Specific policy ideas Bogle developed from that experience would help him identify inefficiencies that could pave the way to pay for other needed programs, with no agenda other than making the state better, he said.