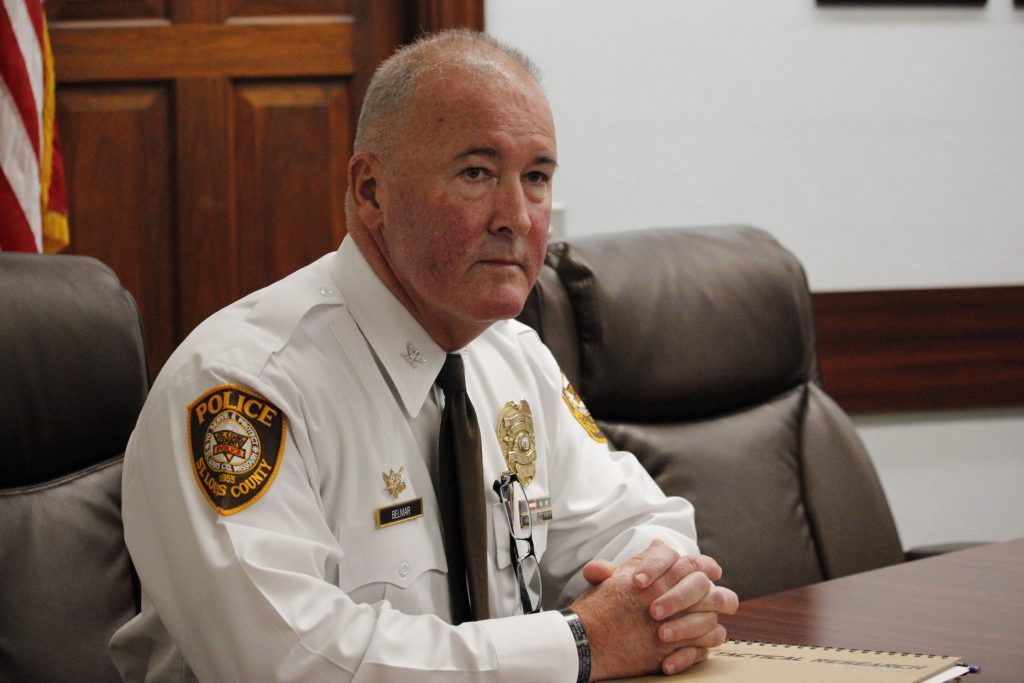 Chief Jon Belmar at a police board meeting in October following the verdict in the Wildhaber case. Photo by Erin Achenbach.

Chief Jon Belmar at a police board meeting in October 2019. Belmar announced last week that he would be retiring in April. Photo by Erin Achenbach.

The St. Louis County Board of Police Commissioners will host three upcoming public events to gather feedback directly from the citizens of St. Louis County on the selection of the next police chief.

The two additional events are as follows:

• Wednesday, Feb. 26 – location in South County area to be determined; location was not released by Call’s press time.

• Tuesday, March 10, location in a Central/West St. Louis County area to be determined.

Each event will serve as a “listening session.” Those who wish to address the board should be prepared to answer the question, “What are the two or three most important attributes the board should consider in their selection of the next Chief of Police?”

The board “respectfully requests” that those that wish to address it select just one of the three meetings to do so.

Interested citizens will have a time limit, not to exceed three minutes, and should arrive to sign up prior to 6 p.m.

“The entire board is looking forward to the input we are going to receive from the public throughout this process,” Commissioner Thomasina Hassler stated.