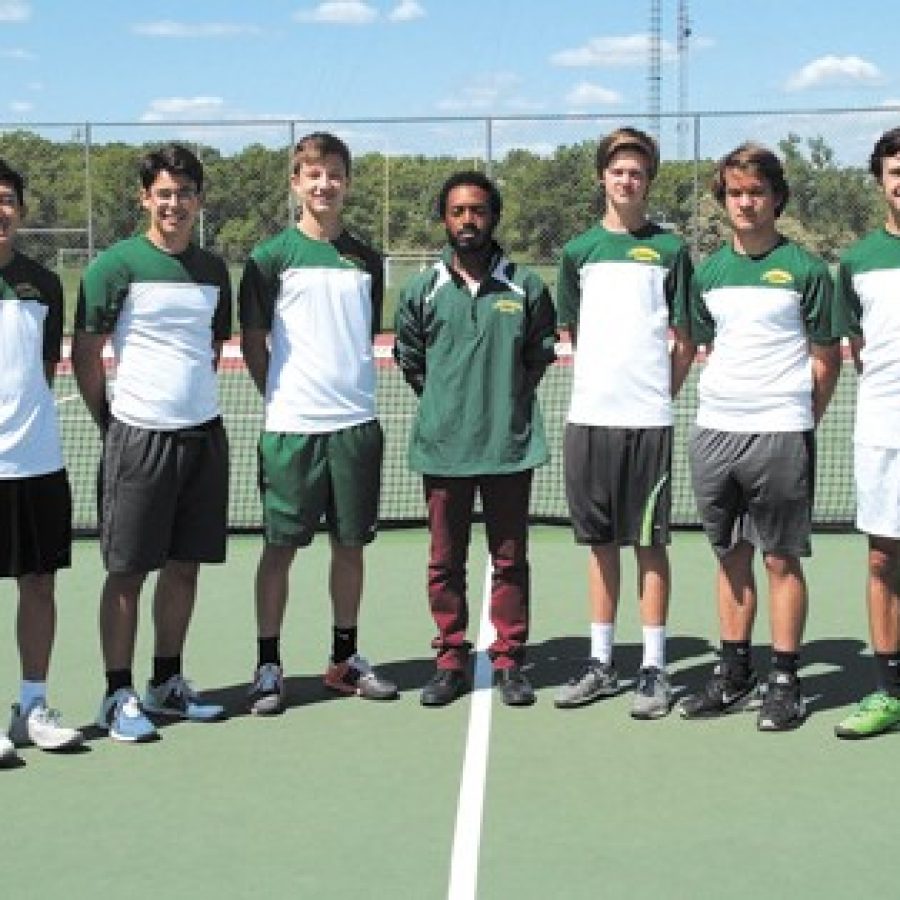 Lindbergh High School tennis Coach Brandon Murray, center, who recently was named 2016 High School Coach of the Year by the U.S. Tennis Association St. Louis District, is pictured with his boys' tennis team that finished third at state this year.

Murray was selected because of his dedication to his players and the team’s outstanding achievements under his leadership, according to an announcement from the association. Murray led the boys’ tennis team to a third-place finish at state in 2016.

“This is a very deserving award for Coach Murray,” Lindbergh Schools Ath-letics Director Scott Luczak stated in a news release. “He cares deeply about his athletes, putting their needs first, both on the court and off as well. I look for him to continue another quality season this spring as he teaches his players to become successful young men both on the court and after high school as well.”

Murray, who teaches English at Lind-bergh High, is entering his fourth year as head coach for the Flyers. He was assistant varsity coach for two years before that.

He emphasized preseason conditioning for his athletes to encourage physical preparedness and team bonding, according to the release. He also requires each of his athletes to sign a contract outlining behavioral expectations and standards.

“Brandon models good sportsmanship with a calm sideline demeanor,” Luczak stated in the release. “He is a selfless individual who strives to find what his players need and looks for ways to push his most talented players, who he humbly believes challenge him to be a better coach.”