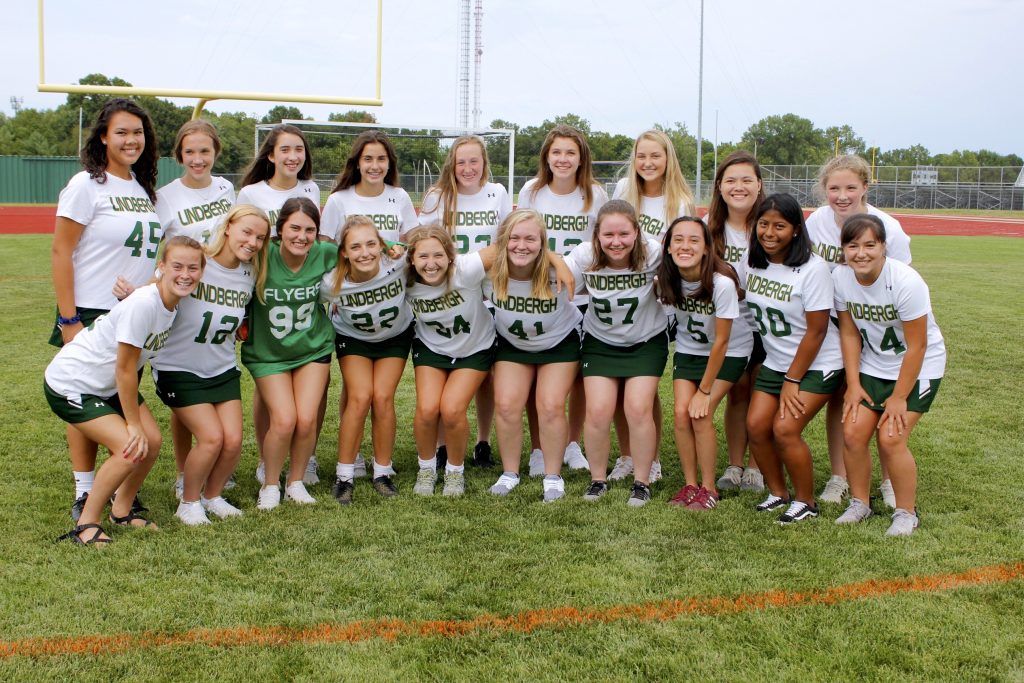 With just two seniors returning to this year’s team, the Lindbergh High School field hockey team is off to a solid 4-2 start to the 2019 season.

“So far, we’re playing really well,” Flyers head coach Andrew Shipp said. “We’re young but very team oriented. We’re playing as a team, and the girls are getting into position and getting to where they need to be.”

The Flyers captured a 2-1 win in overtime on the road at Pattonville Sept. 19.

Pattonville jumped out to a 1-0 lead during the first half of play. But Lindbergh senior midfielder Emma Gerwitz notched the game-tying goal at 1:50 in the second half of action. Gerwitz has two goals and two assists so far this season.

“Emma is an all around, can do anything kind of player,” Shipp said. “When she’s on the field, she gives us everything that she’s got.”

The Flyers have two seniors on this year’s roster with Gerwitz and attacker Carolyn Owens.

But the 2019 campaign has been tough on Owens, as she is looking to retake the field after a concussion earlier in the season.

“This has been a hard season for Carolyn,” Shipp said. “She’s been out a bit due to a concussion and we’re just hoping to get her back sometime soon. But for right now, she’s sidelined until we know she’s 100 percent better.”

Junior attacker Denise Summers scored the game-winning goal at 7:47 in the first  overtime period of the Pattonville match. Summers currently has three goals and two assists this season.

“Denise is a player that came up as a junior and has been pivotal for us in the attack situation,” Shipp said. “She’s also really good for us around the edge.”

While she didn’t score in Lindbergh’s win against the Pirates of Pattonville, junior midfielder Meghan Halstead currently leads the Flyers with five goals.

“Megan is a track athlete that came out for field hockey and she’s super fast,” Shipp said. “Against Parkway West, she put together a hat trick.”

Sophomores Dorothy Fife and Jessica Earley have proven to be solid cornerstones to the Flyer defense this season.

“Dorothy is a player that started on the C team last year, and this season she’s quickly taken on the role of being a starter,” Shipp said. “Jessica is an all-around athlete that every coach wishes that they had. She plays a major role in our corners and also transitions well from offense to defense.”