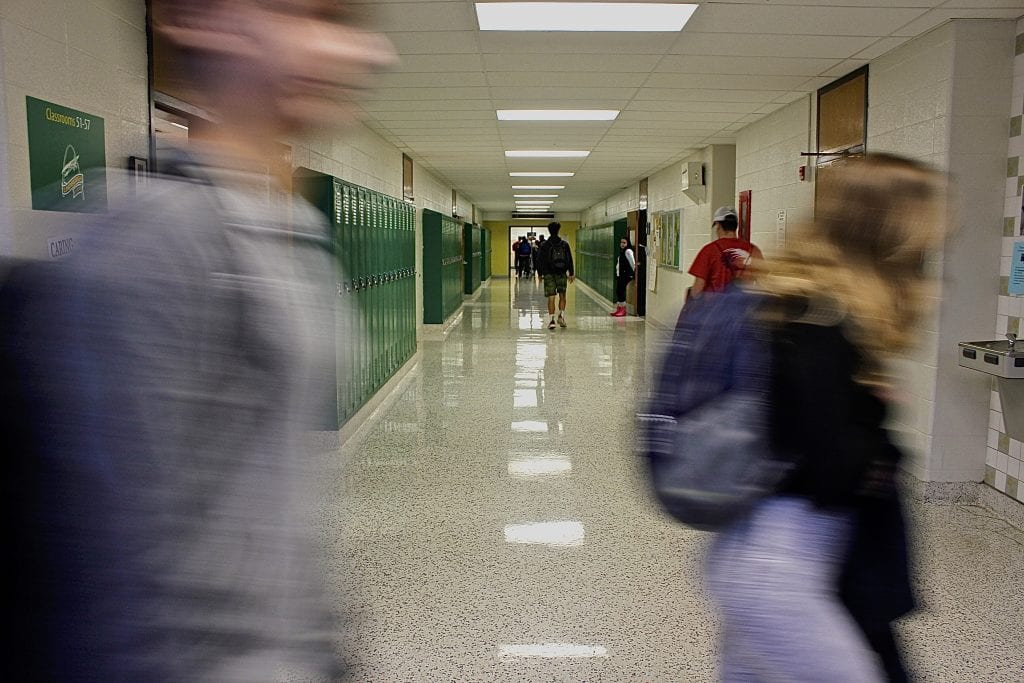 After contentious debate on both sides, the Lindbergh Board of Education voted unanimously to move forward with plans focused on diversity, equity and inclusion with a $47,600 consulting agreement for teacher training.

The book “Belonging Through a Culture of Dignity: The Keys to Successful Equity Implementation” focuses on educational equity for teacher professional development and is written by the principals of consulting company The Core Collaborative, Floyd Cobb and John Krownapple. The authors will visit Lindbergh in person to speak at a board workshop at 4:30 p.m. Tuesday, July 13, and will conduct eight sessions for teachers in a year.

A crowd of speakers showed up to speak for and against the teacher training at the June 8 Lindbergh Board of Education meeting, with some linking the book and the consultants to critical race theory, which has been a topic of discussion lately in school districts nationwide.

Board President Mike Shamia addressed critical race theory head on: “It’s a hot topic, it’s been a national topic, but Lindbergh is a locally run and governed school district. These are elected representatives that sit up here. Their primary goal is to do what’s best for all students. I want to be very clear — Lindbergh curriculum is not based on critical race theory. It doesn’t promote the division of any groups for any purpose, and Lindbergh curriculum aligns with Missouri’s Learning Standards. … Things that we talk about, which is important for you guys to know: Providing students with high quality education, one that reflects and celebrates our diverse student population, committing to creating and maintaining a welcoming, equitable and inclusive environment while upholding high academic standards — those are covenants we hold dear.”

But Shamia invited the public to see for themselves in July, noting that the training “aligns with where the district wants to go and how we’re going to get there.”

Crestwood resident Martha Duchild, who unsuccessfully ran for the school board against most of the current members in 2017, suggested that the contract be tabled until board members could read the book “Cynical Theories: How Activist Scholarship Made Everything About Race, Gender and Identity — And Why This Harms Everybody” by Helen Pluckrose and James Lindsay.

“As liberals with a small l, we must object to this imposition and defend people’s right to disbelieve in social justice without incurring any form of punishment. While all public institutions and organizations have a right to require their students, employees or users to refrain from discrimination and uphold equality, they should not be able to require an affirmation of the creed of social justice,” Duchild said. “While reading the contract, I was struck by how much the section on leadership and outcomes resembled the structure of a religious organization with its own disciples, preachers, church, gospel and faith. The contract isn’t so much a proposal for professional development as it is a proposal to  evangelize Lindbergh Schools employees and social justice teaching.”

The book has been used for teachers in Wentzville and Francis Howell.

“Instead of getting it right with equity implementation, many schools and districts remain trapped in a cycle of equity dysfunction,” reads a description promoting the book. The contract included $1,000 to buy 50 copies of the book for $20.

Parents also came to speak about a new social studies curriculum, with segments on communism highlighted by Executive Director of Secondary Education Ronni Zagora. Parent Kayla Vaughan said that her son was taught about social justice at Lindbergh and she fully supports the curriculum.

“To me it’s pretty simple — do we want to have children educated about the truth? We have a lot of things that have happened in our history in this country that are not pleasant, but they are true,” Vaughn said. “I experienced a propagandistic public education — there’s no excuse for that today. We know what kind of things happened in our history. Do we want to hide this from our children? Do we want to hide facts, do we want to hide history? That’s ridiculous. We want our children educated so that they don’t make those same mistakes. … I would encourage you to not be upset about a bunch of googley-goog talk about people being upset about changing the curriculum. I mean teach the kids what they need to learn.”

Zagora gave a detailed presentation about the communism-related social studies curriculum, which complies with the state’s Missouri Learning Standards. One of the aspects of the curriculum she highlighted was how LHS students can meet personally with veterans who fought in Vietnam to hear about firsthand accounts of the war fought over communism.

“Our goal is really to develop a citizenry that is knowledgeable and has the skills to carry out a system of government in a nation that is built upon the power of the people,” Zagora told the board. “So in providing this kind of education for our students, we make sure that our students are likely to become engaged, active” and able to make “evidence-based decisions” and “sort fact from fiction” once they graduate from Lindbergh High School.

Board member Mike Tsichlis applauded the presentation and the work from Zagora and others that went into it. But he circled back to the Cobb and Krownapple book, which he had read ahead of the contract. He liked the ideas in the book about creating a sense of belonging and a culture where everyone feels respected, promoting “unity and dignity and not division,” Tsichlis said.

“What I’m also very impressed by is … they’re not taking groups of people, dividing them out into groups and for comparative reasons contrasting and oftentimes even following up with judgments leading to condemnation and dehumanizing,” Tsichlis said. “They’re not about dehumanizing, and I know that has been a concern of many who hear about the issues going on now that are being taught in our schools. As we proceed tonight and we engage this group in a very hopeful way, we’re going to be cognizant, we’re going to be watching what’s going on. We’re going to be watching because we’re a board that was elected by you, and we owe it to you to be accountable and to build trust. …We’re not here to teach what is the term out there — critical race theory (and) create oppositional relationships. … I will always oppose that, and I know this board and this administration does not feel that way.”