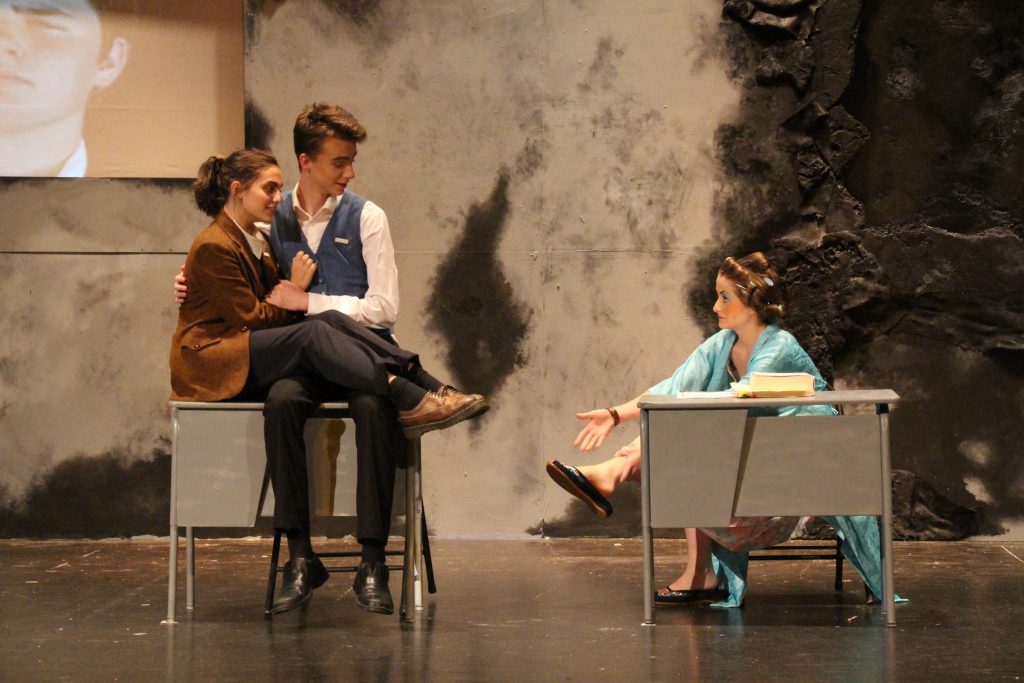 Another View
By Mike Tsichlis
Lindbergh School Board

I had the great privilege of recently attending the Lindbergh High School fall theatrical production of George Orwell’s “1984.”

The cast and crew are to be commended for their chilling portrayal of a totalitarian society where words, history, and human identity itself are shaped and even erased to fully align with the directives of the “Party” and its ubiquitous symbol, Big Brother.

The drab, gray, war-torn set design featuring a live, large-screen broadcast of Big Brother perpetually watching over the citizens of the dystopian nation of “Oceania” projected a feeling of an oppressive society devoid of privacy, full of suspicion and fear, and where truth is indistinguishable from lies.

Propaganda posters displaying the party slogans “war is peace,” “freedom is slavery” and “ignorance is strength” were powerful representations of how altering language can be used as a tool by those who seek to impose their ideas on others.

The book’s protagonist, Winston Smith, a low-level employee in the Ministry of Truth, is assigned to altering history but questions and ultimately rebels against the Party’s pervasive attempts at thought control.

However, Winston’s determination to seek out forbidden information and his love for his sympathetic co-worker Julia draws too much suspicion.

His quest sends him down a path of betrayal leading to a frightening conclusion, when we realize that no one escapes the reach of Big Brother.

The entire cast was exceptional, but senior Andrew Devine’s portrayal of Smith’s literally gut wrenching psychological fight to hold on to the truth, sanity and his identity as a free-thinking individual was beyond outstanding.

Given the position I hold as a member of the Lindbergh Board of Education, my review of the production might understandably be seen as partial.

Yet there was no denying the high caliber of direction and acting by Lindbergh thespians. I’ve attended a variety of stage performances over the decades, and I found that this “1984” could just as well have been at the Repertory Theatre or the Muny.

Bravo to Lindbergh for showing us why we need to support our schools’ theatrical programs.

Orwell wrote this timeless classic of a future totalitarian state after having lived through the rise of fascism and communism in Europe.

His narrative was clearly pulled from life under these tyrannical systems with different names but outcomes that are always the same — the suppression of free expression, conformity to groupthink and the marginalization of those with differing opinions.

While the year of the novel’s title has long passed, its ominous warnings continue to resonate.

Even today, as we are overwhelmed by a barrage of information on multiple media platforms, it is more necessary than ever to be mindful of agendas and biases, to discern “real” from “fake” news.

Researching issues and reaching our own conclusions may take time and effort.

But if we can still think for ourselves perhaps we can feel confident, as Winston Smith once did, in knowing that two plus two is really not five.