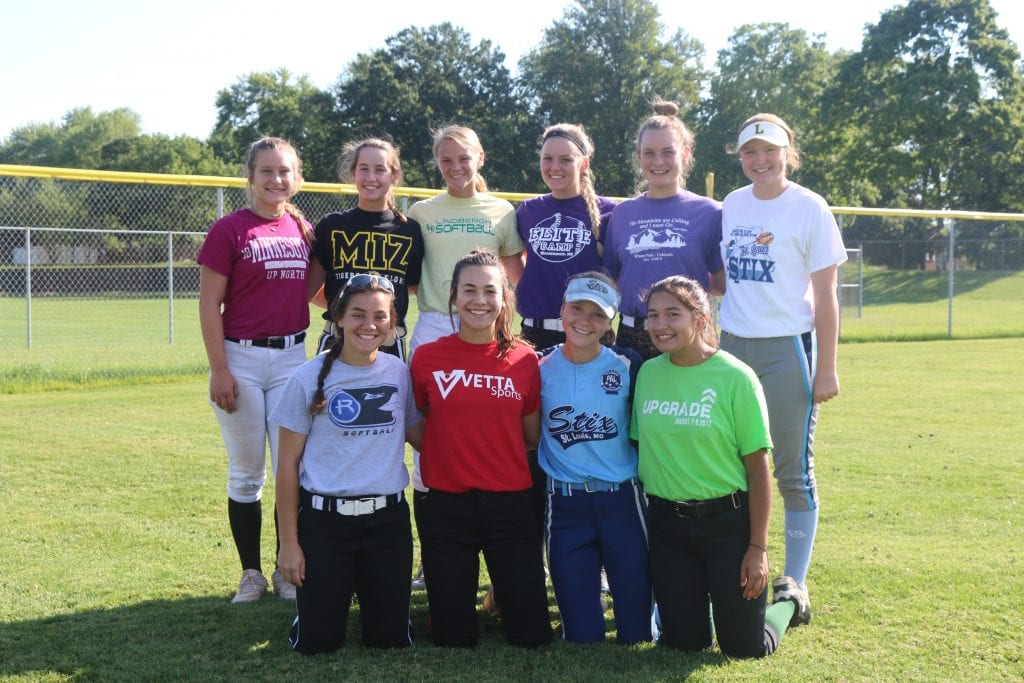 Lindbergh head coach Darin Scott believes his varsity softball team will be on the path to success with a group of four-year starters returning to the team. Photo by Jessica Belle Kramer.

Right off the bat, the Flyers have three senior players that have been varsity starting players their entire high school career.

“We’ve got a couple girls who’ve played and started for us for all four years,” Scott said.

“Allison Shakiba, Kayla Swiderski and Claire McCune… have been with me for four years straight,” he said.

And their veteran talent will be key to the Flyers’ success this season, Scott predicted.

“It’s pretty exciting for me to have four-year starters, which makes it easier with me heading into it with the leadership and just kind of having an idea about how we run things,” Scott said.

Despite the strong team, the girls still have things they need to improve on.

Last year, the team won three games in the conference.

And Scott will be looking to build on that this year.

“We need to get back to being competitive on a day-to-day basis in our conference.

Overall, Scott is more than optimistic about his team this year.

The team has seven returning starters.

“So obviously there’s some expectations there, and I’ll be looking forward to a really fun season with this group,” Scott said.

“I think this group has a chance to make some noise in their district.”

The team kicks off its season Thursday, Sept. 20, at home versus Lafayette.

“This team is very athletic and brings back a ton of experience,” Scott said.