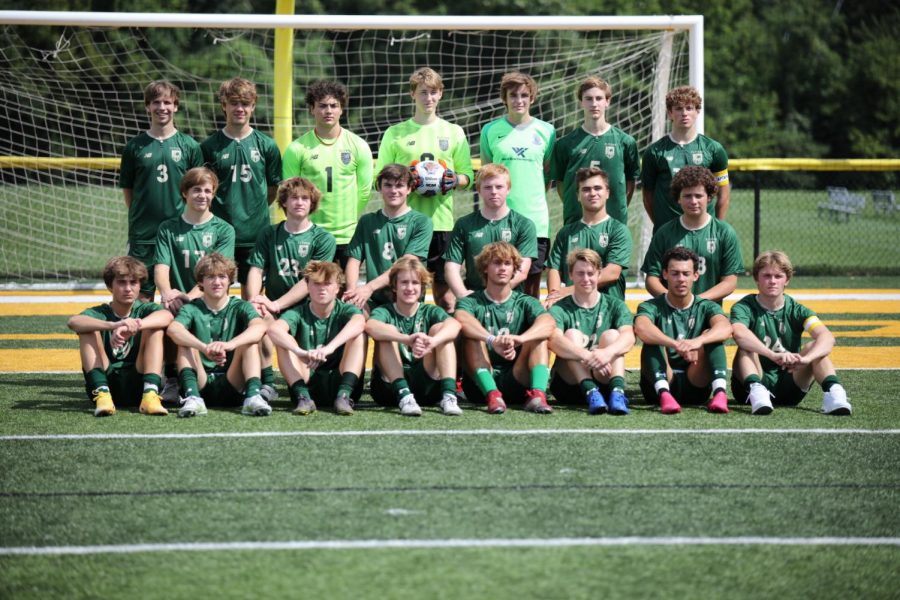 As the 2021 season nears, the Lindbergh boys soccer team is looking to make its way back into the state playoffs. In 2020 the Flyers went 11-3 and reached the Class 4 sectional game.

“I think that it’s going to be a really good year,” Lindbergh head coach Mark Giesing said. “We’ve got lots of holes to fill, but I’m expecting that these guys will come through. There’s a lot of opportunities in our lineup right now.”

“Jacob is a guy that we are building our team around,” Giesing said. “He had a really good understanding of what we are trying to do with the offense.”

On the wing for the Flyers are seniors Jaden Decota and Enrique Whalen. Last season Decota strung together one goal and five assists.

Another senior that will play on the wing is Nathan Benson.

“Nathan is a very versatile player that’s going to see a lot of time on the wing,” Giesing said. “He’ll be an important part of our lineup with really good leadership skills.”

Senior Carter Sanderson will be the cornerstone of the Flyer defense this season according to Giesing.

“Carter is a very versatile player,” Giesing said. “He’s a guy that can run all day with a good pace and stamina which is what we are going to need in order to be successful.”

Taking on the goalkeeper duties for Lindbergh this season is senior Austin Hofius.

“Austin decided to switch positions and take a shot at being our starting goalkeeper,” Giesing said. “He’s been looking very promising at practices so far this season.”

The Flyers open up the 2021 season at home against Whitfield on Aug. 31.