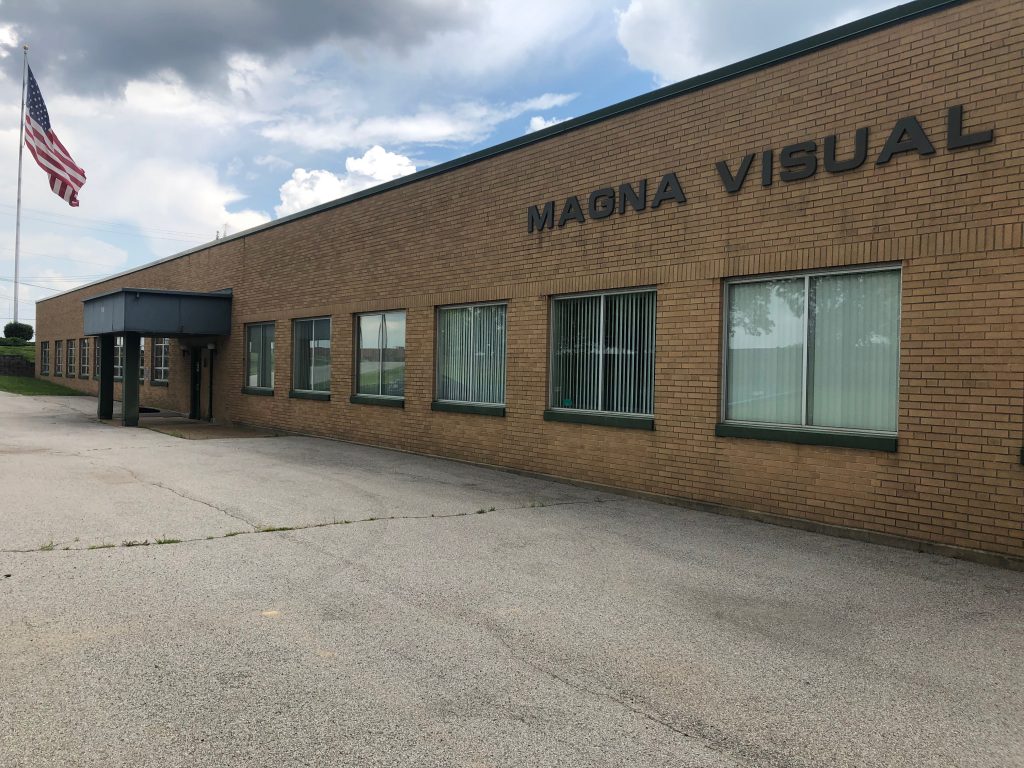 Lindbergh Schools is buying a key property across from the proposed redevelopment site of the former Crestwood Plaza mall to move its district maintenance facilities.

The school district agreed last week to close on the sale of the 3.1-acre current site of Magna Visual at 9400 Watson Road for $2.7 million, lower than the property’s listed sale price of $3.6 million.

Board of Education President Karen Schuster signed a contract for the site Feb. 1. A March appraisal valued the site at the amount the district paid.

The sale sets Lindbergh on its way to filling a key campaign promise of its April bond issue but also takes away a key property on the Watson Road corridor that Crestwood officials had hoped to keep commercial in anticipation of the planned redevelopment — even rezoning it without getting feedback from the owner first. The city settled with owner William Cady of Cady Properties last year after rezoning the property in September 2017 from industrial to commercial without his input, on the advice of former City Planner Adam Jones.

Jones said at the time that keeping Watson a commercial corridor for mixed-use and commercial uses, in keeping with the city’s new comprehensive plan, was important to the city: “When you look at the zoning map, it makes absolutely no sense that there is a manufacturing parcel hung out there in the center of the corridor,” he told the board. “It doesn’t make sense to the corridor, what we’re trying to create in Crestwood and it also is out of compliance with the comprehensive plan …”

In his memo, Jones noted that the comprehensive plan provides an outline for the future use of 9400 Watson Road as “core commercial.” Such uses include large retail centers, big-box stores, standalone retailers, small retail strip centers, auto dealers, restaurants, hotels and entertainment venues, among others.

As a subdivision of the state just like the city, the school district can locate its facilities in any area, despite the zoning. Most of its schools are in residential areas.

The appraisal examined comparison sites in Fenton, Maryland Heights and Olivette, along with one on Kingshighway and a warehouse on Wellington Court near the city-county line.

Previous owner Cady Properties bought the site in December 1984 for $1.275 million from the Ritepoint Pencil Company.

The Lindbergh Board of Education said it took an important early step in progress on its Proposition R bond issue June 25 by voting to purchase Magna Visual’s warehouse building, which will now house the district’s three maintenance and landscape shops on a non-school site.

These shops currently are located on the Lindbergh High School campus, which the district sees as a security liability.

The district released the unanimous 4-0 closed-session vote to buy the property Monday, after the Wednesday meeting.

The board approved a resolution authorizing Schuster to sign closing documents on the property located at 9400 Watson Road, for a purchase price of $2.7 million.

Board Secretary Jennifer Miller and members Matt Alonzo and Cathy Carlock Lorenz were absent from the meeting, which happened at 10 a.m. on a Wednesday rather than the district’s typical time of 7 p.m. on a Tuesday. The board also approved the budget for next year in open session at the same special meeting.

The Magna Visual purchase, made using funds from the $105 million Proposition R no-tax-rate-increase bond issue, will allow the three maintenance shops to be relocated before the start of the 2019-2020 school year in August. The district received $40 million into its bank account after a June 13 bond sale.

More than 77 percent of voters in the Lindbergh community approved Prop R in April. The district says the bond issue will “revitalize the Lindbergh High School campus and create districtwide safety equity.” A key first step in creating a safer high school campus is moving maintenance and landscape vehicles and equipment to a secure site, where they do not mix with the student educational environment.

“We are fortunate to have found this property where we can relocate our district shops, and we are grateful for all of the community members who are supporting safer schools for our Lindbergh students,” Superintendent Tony Lake said in a news release.

Moving the maintenance facilities was so key that Lake said he considered it one of the three pillars of Prop R, along with building a new high school and adding secure vestibules to the schools that don’t yet have them.

In order to bring the type of safety and security that Lake wanted to Lindbergh’s campus, he previously told The Call that “we have to relocate those three maintenance shops off of that campus.”

The crews that are located at that facilities include electricians, carpenters, painters and landscapers.

With the maintenance crews located at Lindbergh High School, a steady stream of non-LHS adults and deliveries are being made to campus throughout the school day. But with those shops moved, students will be better able to differentiate between adults who should be on the campus and those who should not.

“Any time you can limit that type of vehicular traffic in and out of a school-based campus is a positive safety thing as well,” Lake said. “The less trucks and things that you have, it’s better and it’s safer.”

Since April, architects on the district’s design team have begun meeting with LHS teachers and administrators to finalize plans for individual departments and classroom space. High-school construction is scheduled to start around June 2020 and be complete by August 2023. It will take place in these major phases: new construction, renovation of existing buildings, demolition and final site work.

In addition, secure entry vestibules will be constructed in two phases:

Beginning this fall, all Lindbergh Schools will implement an electronic visitor management system that aligns with nationwide best practices for safety protocols. Office staff at each building will use an electronic system to scan visitor driver’s licenses, confirm identities and flag any causes for alert.