Under 'Bring Your Own Device,' students did not have same equipment 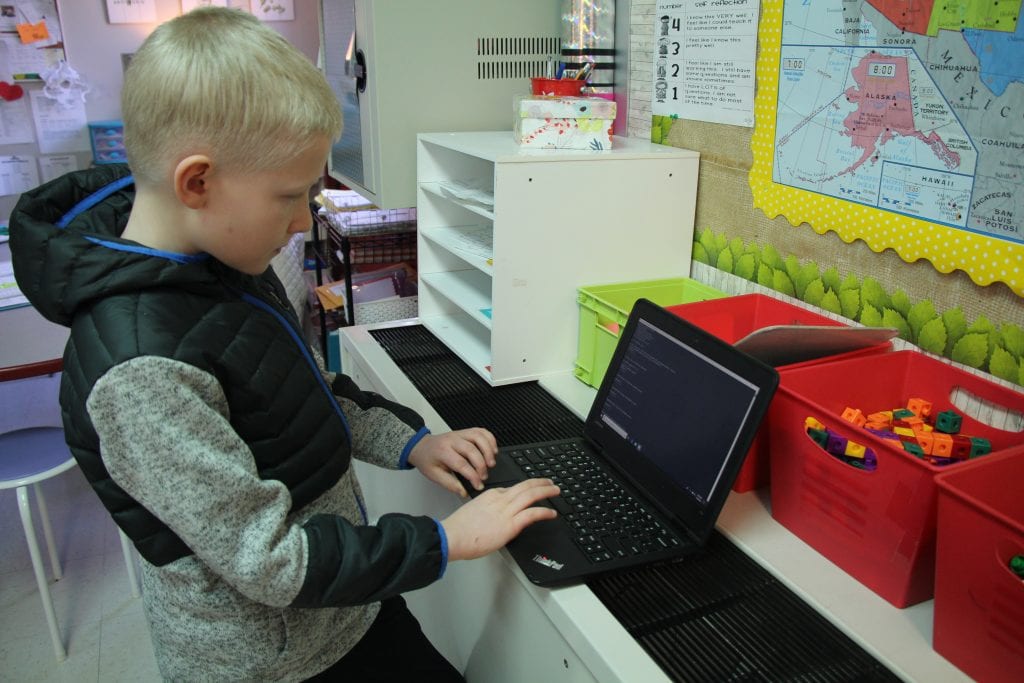 Lindbergh Schools is going to give a computer to every K-12 student through a 1:1 technology program starting this summer and extending over the next three years, in a decision made even before school switched to online learning for the foreseeable future.

After a yearlong technology impact study in which teachers and students compared using Apple iPads or Google Chromebook laptops to decide which worked better for Lindbergh, the Board of Education voted unanimously at its March 10 meeting to implement the plan over the next four years.

Over the four years, the district will spend $230,813 for Apple iPads and Macbooks and $862,087 on Chromebooks for Lindbergh High School.

It’s one of the “largest financial commitments the district can do” and shows the importance of technology to students today, Superintendent Tony Lake said of the project at the Lindbergh Community Breakfast last fall.

The board voted April 14 to enter a $230,813 lease with Apple Education Finance to lease iPads for middle schoolers. The first payment of $57,703 is due July 10. The district will pay that same amount each year for the next three years, through 2023, to pay off the balance. The lease is at 1.26 percent interest each year.

Each teacher will get an iPad and a Macbook laptop, and the district is paying for Apple Professional Learning training as part of the lease. Under the plan, the district purchased 98 Apple TVs that are 4K and 32 gigabytes, 112 first-generation Apple pencils, seven days of Apple Professional Learning two-day training for 14 days total, two days of Apple Academy, 4,372 licenses and 160 MacBook Air laptops for teachers.

The devices will be on a four-year leasing schedule and any current devices not used in the new plan will be repurposed throughout the district.

The middle schools were due for a technology replacement this year anyway, Lake said in a memo to Chief Financial Officer Joël Cracchiolo.

When Lake began in the district in July 2018, he moved technology under the curriculum department headed by Chief Academic Officer Tara Sparks.

Sparks said the district is moving to “blended learning,” which combines laptops and technology with traditional classroom instruction.

The pilot study showed that the model works for Lindbergh, Sparks said in a news release.

“Ultimately, strong blended learning practices empower learners to use their knowledge to enhance their skills in the four C’s: creativity, collaboration, communication and critical thinking,” Sparks said. “We measured growth of these skills during the impact study, using standards from the International Society for Technology Education, and saw positive changes in classroom practice for every single standard.”

The district said that blended learning can happen “anytime, anywhere and at any pace… The goal is to maximize traditional classroom instruction by incorporating technology resources to make learning more engaging and relevant.”

The district currently uses a “BYOD” system – bring your own device. But not every student has a device to bring.

Under BYOD, some students have better equipment than others. Addressing that inequity is a key reason behind the switch to 1:1 technology, Sparks and board members said.

“Making sure that students have ability for this and even wifi hotspots for their house and things like that, I think we need to look at equity,” said board member Cathy Carlock Lorenz at Berry Dunn’s technology assessment presentation at the Aug. 13 meeting.