Lindbergh, Mehlville to play football outside St. Louis County, despite the restrictions 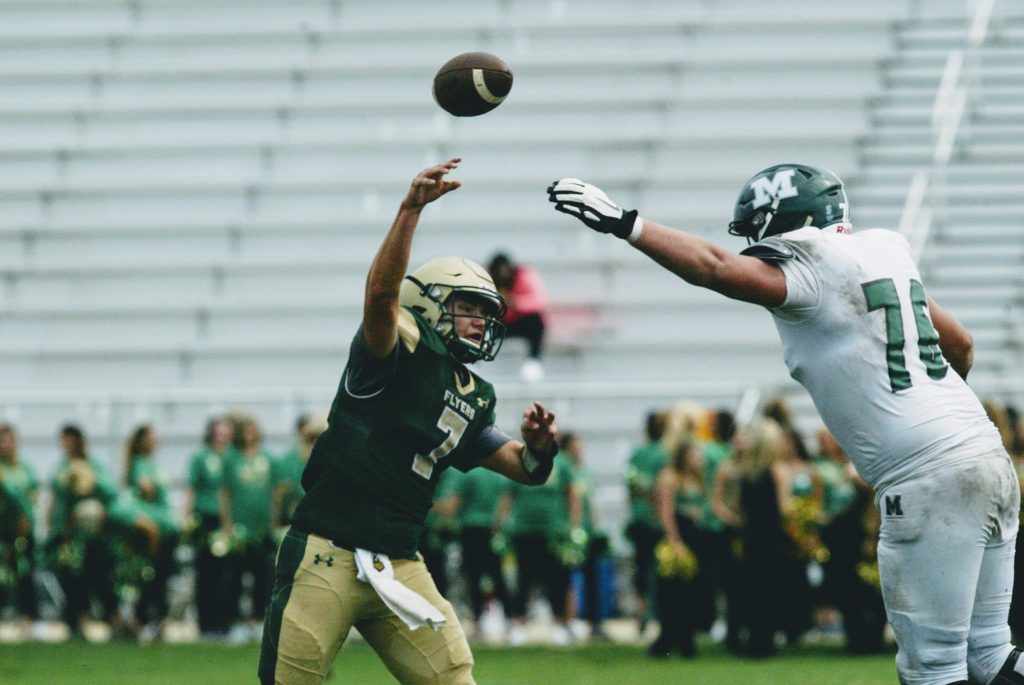 A rain-delayed match-up between Lindbergh High School and Mehlville High School had all the ingredients of a state playoff game, despite being the first week of the 2019 season. Mehlville fell to Lindbergh 17-10.

The Lindbergh, Mehlville and Oakville football teams will join other large school districts in playing their seasons this fall outside St. Louis County, due to continuing restrictions banning games in high-contact sports.

Lindbergh announced its decision first Sept. 24, followed by the Mehlville School District the next day. Rockwood and Parkway were the first districts to announce they would move games, after private schools made the move.

Lindbergh will play its games in Jefferson County at Northwest High School, while at press time Mehlville had not yet determined where it will play. Superintendent Chris Gaines said that looking at COVID-19 numbers, he thinks Jefferson County has too many cases for him to allow Mehlville and Oakville to play there.

Lindbergh had not scheduled games by press time.

Mehlville and Oakville will play each other Friday, Oct. 9, possibly followed by two other games before district playoffs start. The season was originally slated to start in late August.

In order to compete, both Lindbergh and Mehlville will require parents to sign waivers promising not to sue the district if the player contracts COVID-19.

The county continues to ban games in high-contact sports due to high positivity rates and other COVID-19 indicators for ages 15-19. Both districts are requiring parents to sign waivers releasing the districts of all liability in case a player gets COVID-19 or even dies.

“As you know, our priority first and foremost is for students to return to in-person instruction,” Superintendent Tony Lake said in an email to parents co-authored by Principal Eric Cochran and Athletic Director Scott Luczak. “We are monitoring data on a daily basis and continually evaluating how we can do this safely and efficiently. Allowing athletic competitions is a first small step toward restoring normalcy for high school students, in an environment where it is easier to manage small cohort groups and limit student contacts.”

Gaines said he was very “hesitant” to go around county guidelines and doesn’t like the risk involved — for students or the district — or the message that bypassing the rules sends to students.

But he finally decided to move ahead because he wants to get students back in school and like Lindbergh, sees football as a first step toward that.

When Gaines talked to the Mehlville Board of Education in August about whether to start school all-virtual, he said that he would try to bring small groups of students back in person as soon as possible to show larger groups could be brought back safely. Every level except high school at both districts will be back by October.

With success among low-contact sports, Gaines said that football is another step toward in-person school, if successful.

“It’s a challenge when you think about a high school —  when we go blended at Oakville High School whenever that may be, between kids and adults we’re talking about close to 1,000 people in the building,” Gaines said. “So that’s going to be a pretty big leap. So bringing more and more sports online —  is that our small move toward bringing high school in? And can we make that work?”